Cathode is a scientific and engineering genius. She can design combat robots, advanced weapon systems and the like.

Her trademark invention is her shrinking ray. This ray not only teleports its target, but can also shrink a person to the size of an insect.

Cathode rides a flying machine that usually protects her with a force field. While plugged into it, she enjoys wired reflexes and can teleport around.

Cathode is a criminal scientist and thief. She specialises in stealing priceless, one-of-a-kind artefacts for her private museum. Since she doesn’t appear to sell what she steals, the source for her vast wealth is unrevealed.

For years Cathode kept a low profile, as her thefts were exceedingly difficult to trace. She then moved to the big league by stealing no less than the Statue of Liberty .

After the government failed to find a lead, they hired Silver Sable International to bring the Statue back. Silver Sable hired Deathlok in turn.

The Wild Pack, Deathlok II and Silver Sable found and invaded Cathode’s base. They then defeat Cathode and her guards, and escaped with the stolen artefacts before the base could self-destruct.

Cathode herself was captured by the Pack.

Not much. Gloating mad scientist and criminal.

Her attire and the way she rides her flying module presumably indicate some bondage fetish thing.

“Welcome to my museum. You may call me Cathode. And you are to be my latest acquisition.”

Cathode’s base in the Grand Canyon was a gigantic high-tech complex. The first defense was that the outer steel walls (BODY 10) were disguised as rock (Illusion: 05) but could be reconfigured to become as smooth as glass in order to get rid of climbers investigating the site.

The second wave was weird robots with energy swords [DEX 03 STR 02 BODY 03, Claws: 07, Dispersal: 10, Bonus : Partial Dispersal is possible, Limitation : Cannot Disperse if visual sensors are covered or incapacitated, Drawback : can only operate for five Phases before popping out]. Both types of robots are illustrated.

The main defense, though, was an army of uniformed goons with the following stats and gear :

Heavier versions of the cannon, such as the one used to capture the Statue of Liberty, have higher APs of Diminution. 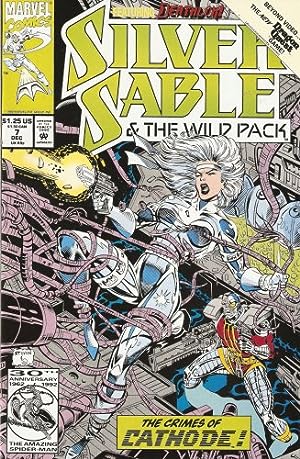 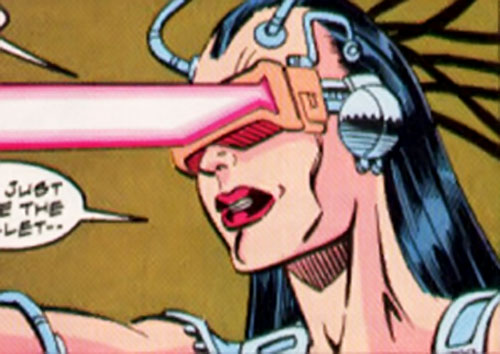 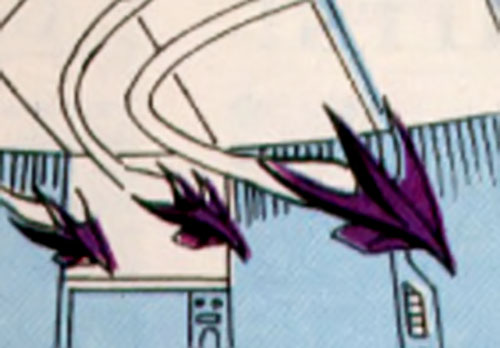 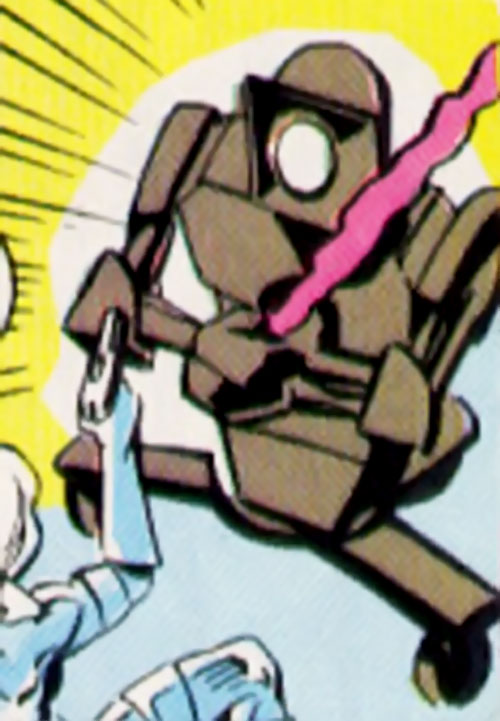 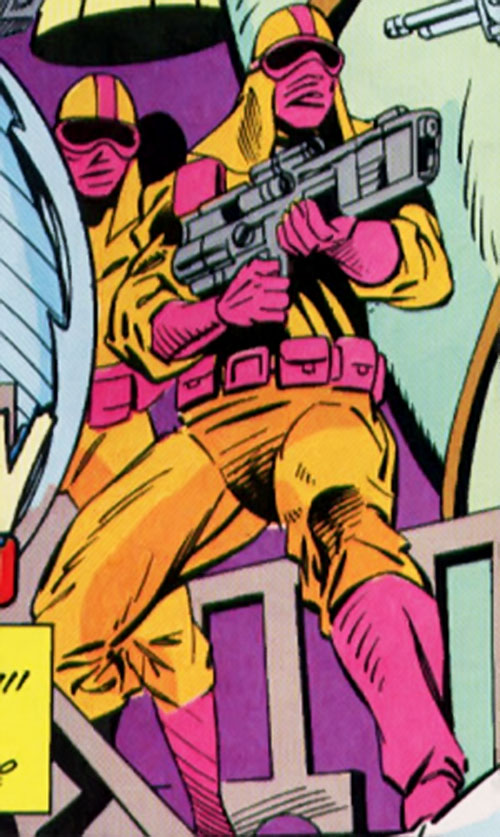