He can drain a persons memories by touch. The target recovers these memories along with their mind. He has complete recall of all memories, both his own and those he has absorbed. From the minds he has raided he has a vast range of knowledge from many fields.

He also has a battle armor that is cobbled together from various technologies that he has acquired. It allows him to fly, fire a variety of missiles, and have improved hearing.

The Menace first came to attention by performing a number of high profile kidnappings of world-renowned leaders in many fields, and promptly releasing them dazed, but with no apparent injuries.

He has also started committing some well-planned robberies.

The Green Menace wears a green armor that totally covers him. His Green Missiles are fired from raised housings on the back of his wrists. He also has small wings on his back (similar to Mach-1).

Abrasive, rude and impatient. While he is capable of meticulous planning of crime, he has grown use to being able to take what he wants, and doesn’t really have the patience for long term plans.

He has become selective in the memories he drains, only targeting people with expert knowledge of fields, or those with information that he needs or that could be useful for blackmail.

Can’t think of anything interesting. He could well have tried to drain the memories of some of the more prominent individuals of the DC Universe.

(With the way the illustration made for Gareth’s character turned out, I could see an Apokolips link. Perhaps some sort of renegade parademon — Ed.). 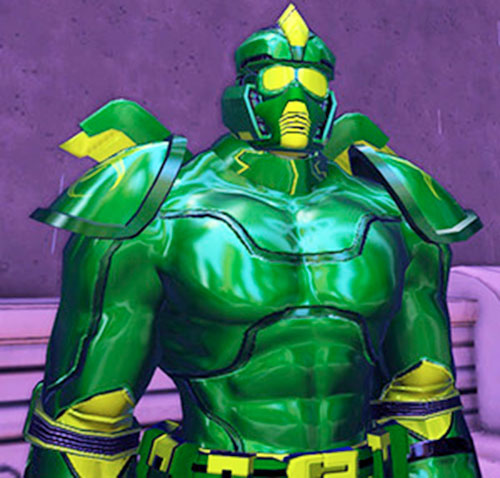 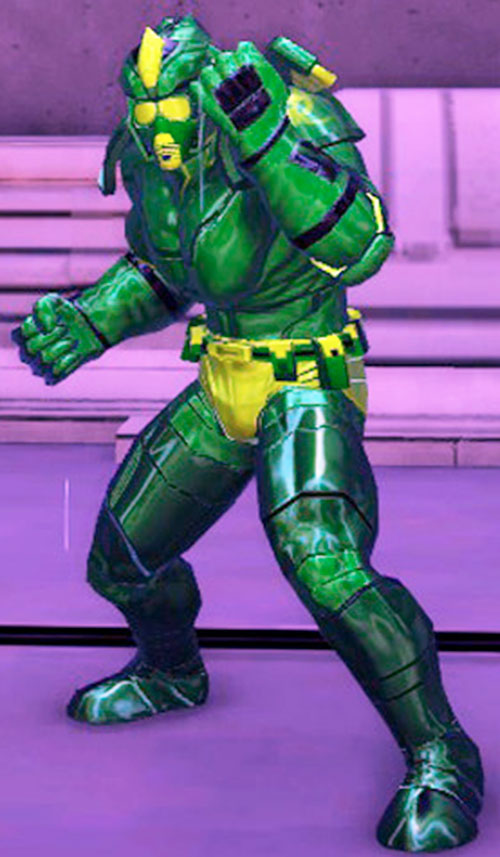