Centennial was seen in the brief-lived, 2004-2005 version of Marvel’s Alpha Flight. It was mostly a comedy book. Personally I liked it, but it seems to have been poorly considered overall.

The entire team was apparently killed off in a throwaway panel in 2006.

Like most of the members of Alpha Flight II, Centennial’s powers and abilities are ill-documented. And he never received training with them.

His core powers are flight and super-strength, and he once demonstrated heat vision (although he seems to prefer to just slug it out).

Mr. Princeton has led a long life, much of it as a reputed two-fisted police detective. Despite being a retiree, he’s definitely a badass and a man of action. His veteran detective aura give him strong charisma and natural authority.

Princeton very occasionally acts like he is a very old man (for instance falling asleep in the middle of a briefing). But this seem to be more psychological than anything else. His actual stamina and vitality are greater than most men a fifth his age.

Only parts of Rutherford Princeton’s pasts are known. He was apparently a soldier during WWI, then a cop in the roaring 20s and beyond, living in Eden Rock. Apparently, he was highly reputed and successful – no mean feat for a Black man in this era.

A dashing, handsome man in a white suit, he was well-respected and was even loaned to the Chicago police as part of an international program.

Princeton was apparently quite affluent, and lived in a posh house, complete with manservant. The source of this wealth is unknown. At one point he had a passionate, tragic love affair with a young White woman named Amelia.

Things did not end well, with Amelia dying in violent circumstances and Princeton remaining greatly affected by the tragedy. He eventually married another woman, but Amelia remained the love of his life.

Perhaps due to old age, the elderly Princeton eventually fell into a coma. The Eden Rock retirement home put him under life support for two decades. By his 96th birthday, he was still in a coma.

At that point, Dr. Walter Langkowski, aka Sasquatch, was attempting to assemble a new Alpha Flight team in order to rescue the old, missing team. He scoured governmental information to find superhumans, and somehow determined that Princeton had latent superhuman powers.

Langkowski theorized he could both wake Princeton from his coma and activate his powers through a sufficient shock. Turning into Sasquatch in mid-sentence and yelling a particularly fierce “boola boola !!” inches from Princeton’s face did both.

However, Princeton simply wasn’t interested in joining a new Alpha Flight. He had a new lease on life, not to mention powers, but little time remaining, and was determined to enjoy himself.

After burning all of Langkowski’s singles on strippers and taking quite a few of them to a hotel for the night, however, he realized that it was pointless and that his heart was still into serving and protecting.

This new, chaotic version of Alpha Flight had a handful of adventures. They rescued the lost team and even brought back the classic Alpha Flight after some temporal manipulations. Nemesis, one of his teammates, eventually revealed to him she was actually his long-lost love Amelia, but only did so under circumstances where she was certain he wouldn’t remember this revelation.

A vision for a possible future showed Centennial reaching the end of his natural lifespan, pretty much at the same time the undead Nemesis reached the end of her unnatural one. Rutherford and Amelia were buried together.

Princeton is a highly dynamic and determined elder. He has seen a lot in his life, and will not suffer any disrespect. Although a retiree he’s still something of a cop, protecting the public and keeping order.

He possesses great natural authority and a lot of personality, yet Rutherford is not interested in being a leader. He’s apparently also a wicked seducer, despite looking like somebody’s great-grandfather.

He’s generally flippant and abrasive, never hesitating to comment on how stupid and/or nonsensical things are, but it is obvious that he has a good heart.

Princeton prefers to think of himself as an old-school gentleman, but will lower himself to such things as hitting women if he must.

“This is the stupidest plan I’ve heard in my whole life. And I’ve led a pretty long life.”

“Well, I’ll be dipped in butter and deep-fried….”

“Get over yourself, son.”

“Dagnabbit ! Will you let the man speak already ?! You’re worse than a room full of grannies – and believe me, I know what that’s like ! If you don’t like what you hear, you can always leave !”

“Son, I gave up trying to figure out how things work about the time Orville and Wilbur  took to the air. Way I see it – all things are possible.”

“All things considered… I’d rather be back in the dayroom watching The View.“

“What’s this obsession everyone has with maple leafs ? We’re Canadian. Okay. We get it.”

“Urmph ! Dagnabit, child ! So help me — if I break my hip on account of you… I’m gonna forget that I’m a gentleman !”

Bonuses and Limitations:
Using Heat vision against a living target would be Regretful.

Although most characters in Alpha Flight v3 were metafictionally aware, this did little to influence the actual plot and was more a genre issue that a characteristic they had. 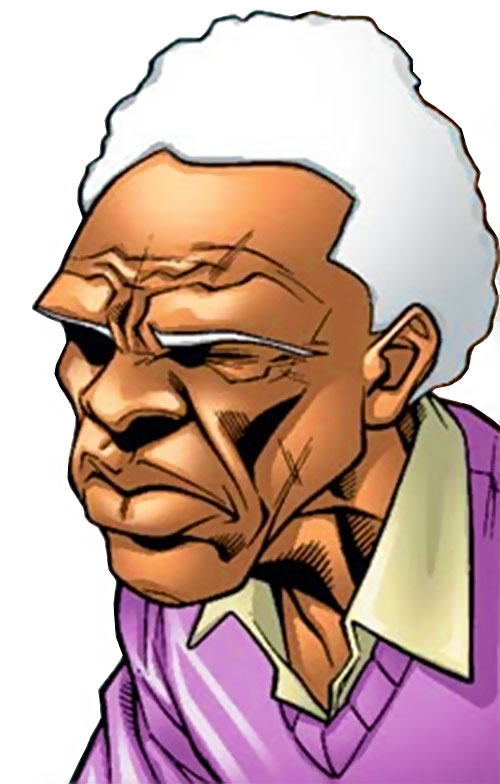 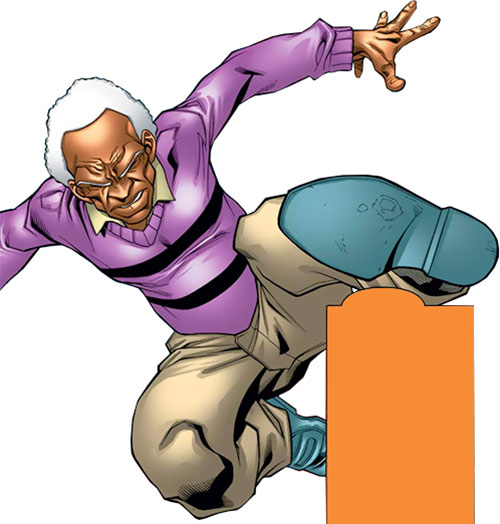 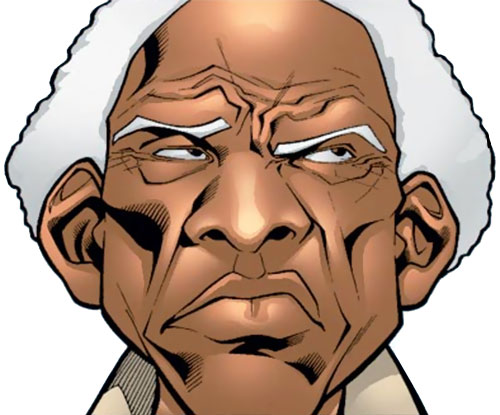 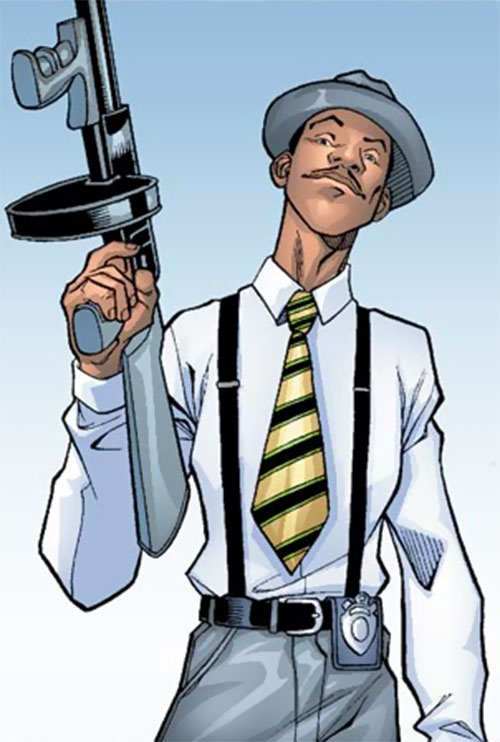