Cervantes is a rather vicious pirate.  In fact he’s probably the most vicious pirate in his era, perhaps even in the history of his universe period. As such he has ample experience with murdering, looting, pillaging, etc.. He’s also a superior mariner and quite skilled at dual-wielding swords.

Originally he was one of the most powerful warriors in the world. Even though his abilities have atrophied a bit since his resurrection he’s still one of the greatest fighters in his universe.

It’s never really demonstrated that he has any powers, but the game does hint at certain things. He most likely has some form of superhuman resilience since he is supposed to be an immortal pirate who has come back from the dead.

Likewise it’s never demonstrated that he can animate corpses, but he is seen commanding undead pirates on several instances. This could be an actual power of his. Or it could just be a side effect of his contact with the Soul Edge, since the sword typically has the mysterious power to do whatever makes the plot work.

Like most pirates Cervantes isn’t exactly a very nice person. But there was generally a sound reasoning behind his hatred. He was embittered by his father’s death, but also saw piracy as a lucrative business to amass great amounts of wealth.

He only attacked merchant ships and villages that couldn’t properly defend themselves and generally stayed off the radar. That’s not to say that he was unheard of. For instance he had gained enough of a reputation to get hired by Verci to find the Soul Edge.

However, that all went out the window when the Soul Edge possessed him. Like most he fell completely under the sway of the sword’s nihilistic tendencies. He started pillaging for the sake of wreaking murder and havoc rather than an ends to a means. 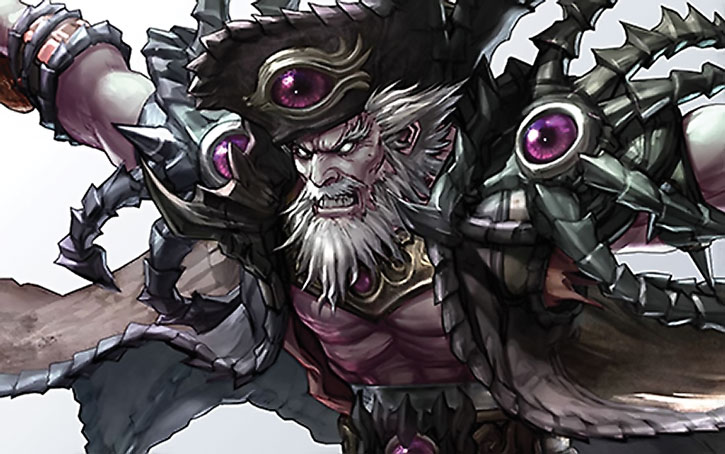 Even when he was resurrected the sword still had its hooks into him. Thus, he continued to do the dirty work of harvesting souls. This time around it wasn’t completely impulse driven. He had determined that his body would eventually decay if he didn’t continue to reap souls.

He was even smart enough to realize that stealing his daughter’s soul was a valuable prize. This value was created by her cursed lineage and connection with the Soul Edge.

Once Cervantes fell under the sway of the demonic blade he never looked back. But over time he did grow a bit more reasoned in how to best go about his new job. 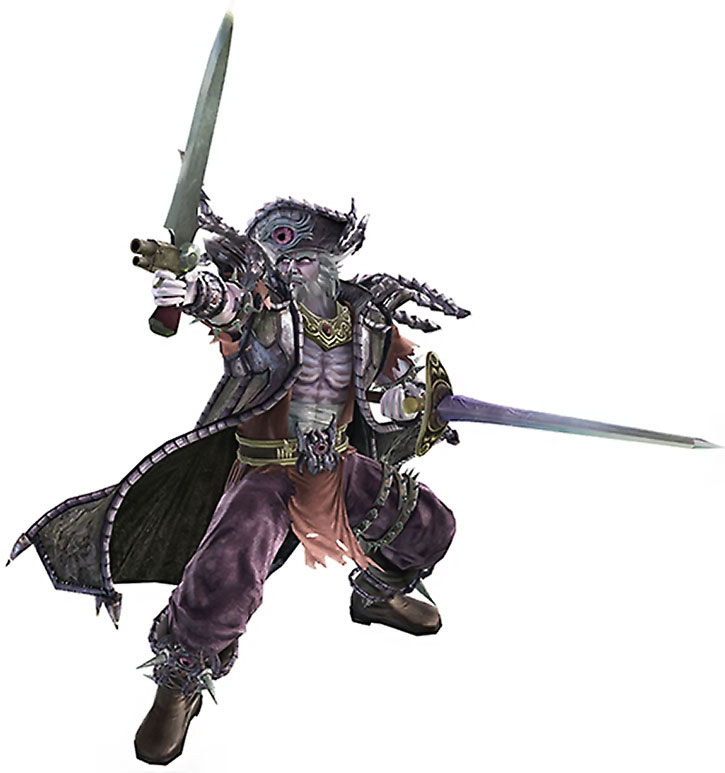 Tira: “Wow, looks like you’re in trouble !”
Cervantes: “Who the hell are you ?”
Tira: “I guess you could say I’m the servant of the cursed sword.”

“Wait and see, Soul Edge, I’ll be the one to claim you, and the entire world with you !”

Cervantes could probably be inserted as is as a one time opponent of any mid-range hero or group. For some reason I’m thinking more Silver Age , but he could easily be thrown into a darker more modern horror story.

Drawbacks:
Age (Old), Creepy Appearance (Ghostly undead appearance and white eyes), CIA (Soul Edge), SPI (obsession with the Soul Edge and sociopathic tendencies), Catastrophic Rage, Fatal Vulnerability (not harvest souls i.e. killing people and collecting fragments of the Soul Edge), Misc. Cervantes is basically an undead zombie and there are likely a few other Drawbacks to go with this. See the section below for more explanation.

Whooh boy! Cervantes odd mix of Advantages and Drawbacks as well as previous stats are going to take a bit of explaining and its best to do it chronologically so. 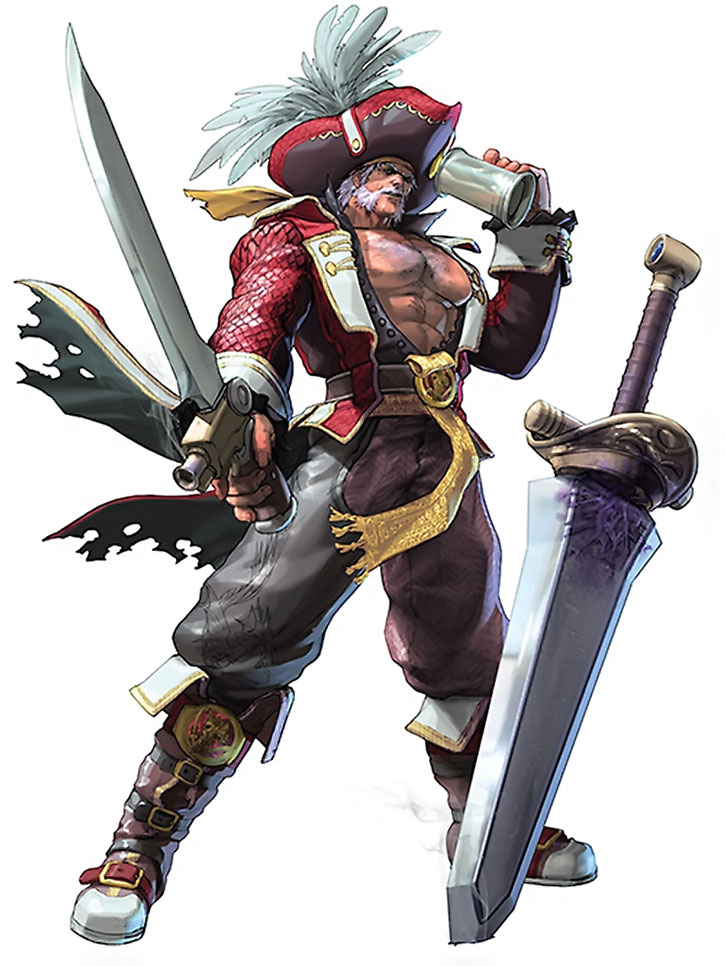 Really this is all probably thinking way too deep into every. The simplest answer for any of this is that Namco decided to bring him back after killing him in first games storyline due to the fact that he had too large of a fan base to ignore and that they would have to scrap a cool and fully developed character.

The clearest evidence of this is the fact that he doesnt appear in the arcade version of SC1, but is later made an unlockable largely unchanged character in the home version. After that he got toned down to a somewhat diminished and not overly powerful just kind of hangs around and has very little interaction with all the other characters.

Likewise his Rich Friend is a guess. Cervantes cares little for money and is likely to steal whatever he needs, but like any real pirate he’s always got loot from his decades of pillaging stashed somewhere so whenever he needs supplies or another sword he’s always got a back up.

At several points it’s shown that Cervantes has a crew of zombie pirates to assist him. They get very little screen time, but its highly likely that theyre just run of the mill zombie thugs.

Drawbacks:
Creepy Appearance, CIA (serving Cervantes), Cannot Heal, Misc. They’re mindless and utterly loyal to Cervantes and don’t really take initiative on their own. Mystical stats can only be used to make Intimidation attempts and from whatever meager defense from mystical attacks. Other Drawbacks that zombies might have are also possible, but not demonstrated. 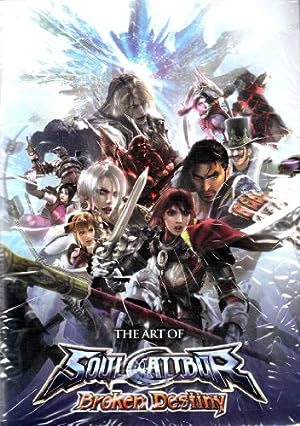 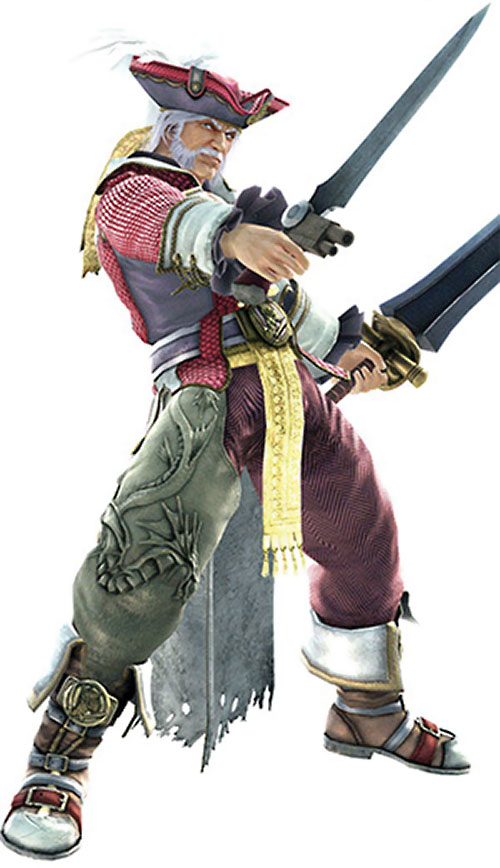