An animate scarecrow, C’est Hay’s body is composed of hay. This leaves him immune to attacks targeting vital area of human anatomy, and without need to breathe.

He can detach portions of his body (such as his hand, or his body from the waist up) and send them flying to attack targets before returning to his body.

He has been treated with a flame retardant, rendering him immune to the effect of fire. But if he’s exposed to significant amounts of water it will be absorbed by his body leaving him unable to move.

Of unknown origin, the sentient scarecrow known as C’est Hay was first heard of when he led his gang of thugs to steal the box office receipts from the Dance in yer Pants theatre. He also hijacked the show to put on his own in front of his captive audience. 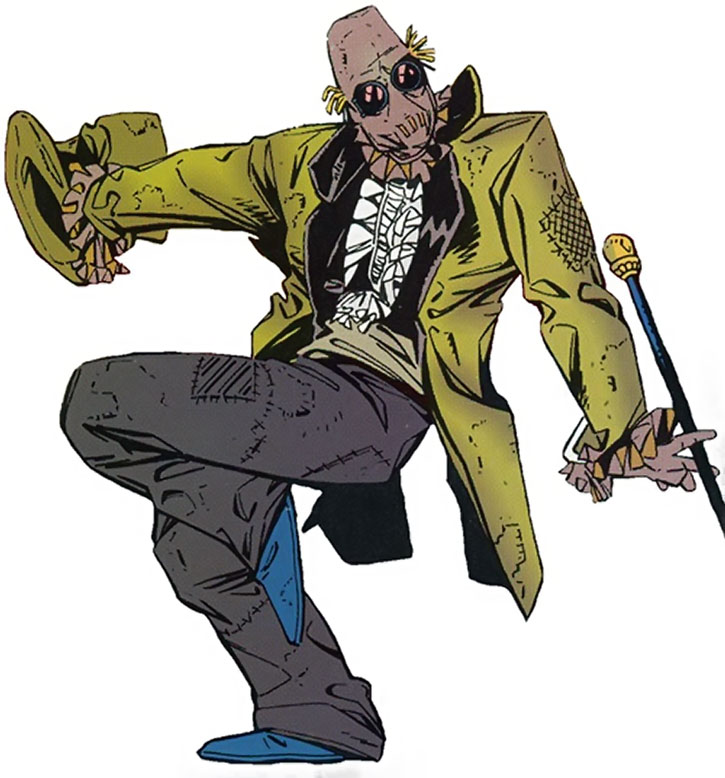 The show was interrupted when the Heckler turned up to oppose him. The thugs were of little use against the hero, so C’est Hay attacked him personally. The Heckler eventually managed to manoeuvre the fight outside into a heavy downpour.

Despite a panicked attempt to beat the Heckler, C’est Hay soon succumbed to the torrent. His sodden form left him immobile, awaiting the police’s arrival.

He enjoys performing in front of others, who’d better enjoy it if they know what’s good for them.

“Who kan it be ? Who ?! Who would be brilliant enough so sekretly seize kontrol of this entire produktion ? Confining kast and krew, konfounding producer and direktor ? Who kan it be ? Why ? It is only I ! C’est Hay !”

Henchman: “Okay, chief. The house is packed. They’re ready ta be entertained.”
C’est Hay: “Then that is my kue ! Entertained they shall be !

“You see ? I am kompletely komposed of hay… thus I have eskaped the bounds of korporeal konfinement ! A gift I will now grant you… through your death !”

Bonuses and Limitations:
Anatomical Division has the Body Parts Fly Through Air Bonus (+2). 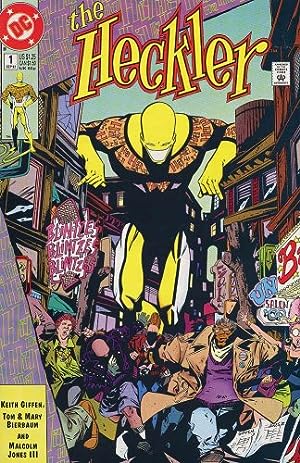