“Welcome to the headquarters of the Challengers ! A team of heroes which will soon be known around the globe for its dedication to justice, peace, and freedom.”

The Challengers is an American superhero team. They were created during the 1980s for a tabletop role-playing game campaign.

They got their start in the fictional city of Siouxburg somewhere in middle-America.

While young, our love of comics fueled our imaginations. We were especially influenced by the Chris Claremont run of Uncanny X-Men and George Pérez’s The New Teen Titans.

In the late 1980s, the Challengers had new adventures and life with the DC Heroes RPG.

Purpose:
Work within the law, defend the innocent and individual freedoms, and bring evil-doers to justice.

Modus operandi:
Under Blitzkrieg’s leadership, the Challengers became an efficient and cohesive team.

The team is science-based and prefers brains over brawn.

They do not have a tankVideo game slang for a very durable (and often very strong) character.

They’re heroes, not vigilantes. There are no anti-heroes on this team.

Extent of operations:
Primarily the USA. Though a part of their adventures took place on an alien world.

Relationship to conventional authorities:
Good. They will always cooperate with authorities. (Unless those authorities turn out to be evil).

In return, the people of the community look to them as heroes. They actively help them.

Base of Operations:
Originally, a dilapidatedReduced to or fallen into partial ruin or decay gymnasium. It was a “humble beginnings” story for these heroes. They now have a large HQ, built by the Siouxburg community.

Major funding:
The City will pick up the tab for damages during supers’ fights. The heroes are well protected by the system and its citizens.

The team has earned gifts from the city, but they don’t ask for anything.

The Acrobat’s alter-ego supports the team through donations to the City for the team.

Number of reserve members:
Sometimes Proton disappears for an undetermined amount of time. But he is still considered part of the current roster.

Organizational structure:
Blitzkrieg is the leader. Acid is considered second in command.

Membership requirements:
Blitzkrieg and Acid scout new members. If everything checks out, they approach and interview the individual. They may then extent an invitation to join. Sometimes all in the same meeting.

Level of technology:
As far as super-teams go, the Challengers have a modest level of tech from the city of Siouxburg.

When needed, they can pool their skills to come up with extraordinary equipment. These are only used during the course of a specific adventure.

Transportation:
The city supplies civilian helicopters, jets, and vehicles for their use.

Standard accessories:
At one point, they had wrist communicators that could reach anywhere in the city.

Later, they received a huge computer system. It linked to every camera in the city. They had a direct link to the Siouxburg police who worked alongside them.

A team is needed

Decades ago, a superhero revival was occurring in the United States. It seemed there was a new hero or villain appearing every other day.

Blitzkrieg and Acid realized their own powers and abilities might not be enough. A team was needed. The two talked it over. They wouldn’t allow just anyone to join. They wanted smart, capable heroes with like morals.

They decided to scout several of the newest heroes, and invite them to a meeting where they could talk. Blitzkrieg tried to call each hero before the team met at Grunion Gymnasium.

After his official public announcement about the creation of a new team, Blitzkrieg accepted an American diplomat’s offer of two elite agents, Carnation and Violet.

The meeting and following fight with the Straw Dogs gang — *and* mole people — is detailed in Fragments and Shadows.

With their first victory behind them, the team made their public debut as a hero group. The Talpo Viroj, with Blitzkrieg’s help, started peace talks with the US Government.

The Challengers began an effort to remove the influence of drugs from the city of Siouxburg! This turned out to be more difficult than imagined. The team stopped the supply lines twice, but each time it resurfaced somewhere else.

The law itself hindered the Challengers’ efforts. Some of the city’s elite demanded they lay down their masks and give up their identities. The Challengers had to defend themselves in court a few times.

During the process of arrest and incarceration, the heroes uncovered some powerful people who wanted them out of the equation.

As they dug deeper, the Challengers uncovered the Conglomerate. A huge group of evil business leaders, all working together for the same goal. They sought global domination through any means possible.

Once discovered, the Challengers turned the tables, defending their own name. At the same time, they uncovered many unlawful acts. This would become a reoccurring battle.

Morris Felmont was a colleague who worked with Blitzkrieg and Acid on the electric cells project. He felt resentment over the fact that Kyle now had powers and he did not.

His resentment deepened. Eventually, he came up with his own nuclear energy suit. He built it standing on the knowledge he’d gained working on that project. He called himself Neutron!

Neutron provoked the police into a fight. His new electric and magnetic powers were more than a match for the PD.

The Challengers, however, proved to be up to the task. They worked as a team and captured Neutron. His nuclear energy suit was confiscated as a trophy. It sits in their new HQ.

Neutron escaped custody and the Challengers pursued him. They defeated him again. This time he attacked with a mech that resembled Robocop’s ED-209.

Inside his underground HQ, the team discovered an active space warp.

A joint effort between the hero and scientific community made an even more startling discovery. This wasn’t the only space warp. Furthermore, a group of scientists had already entered and hadn’t returned.

This ended up being a huge quest involving several hero teams. 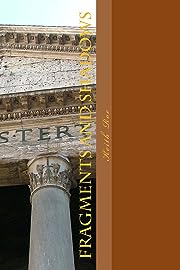 Fragments and Shadows, a collection of short stories. Includes the story Challengers involving these characters. Available on Kindle and in paperback.