This one is a very minor Superman character, but I always felt he had potential. For an old, old comic book, it’s surprisingly well-written and drawn.

Gregor is part of a long line of short-lived or imaginary “sons” of Superman, and might make an interesting addition to your universe’s Superman/Superboy family.

In your universe he might have been rehabilitated into an early member of the Teen Titans. Note that he had the Changeling name long before Beast Boy used it.

I could also easily imagine Superman introducing him to the LSH as a way to help him adjust and find a peer group.

Gregor possessed seemingly unlimited powers to transform his body into other forms. He could:

Most impressively, he was able to mimic Superman’s powers, perhaps by actually transforming into a Kryptonian.

Unfortunately Gregor’s powers often operated without his conscious control, and his transformations were short-lived (fatally so, in the end). It’s possible that, with time and further training, he might have overcome these limitations.

Gregor Nagy was the teenage son of Dr. Jan Nagy, a famous and wealthy scientist, winner of a Nobel Prize in radio-biology. Jan Nagy was a confidante of Superman, and upon the scientist’s death, he named Superman as Gregor’s guardian.

But though Superman had been a friend of Gregor’s since his boyhood, the young man was infuriated to be placed in Superman’s guardianship. He revealed a previously hidden anger towards the Man of Steel. 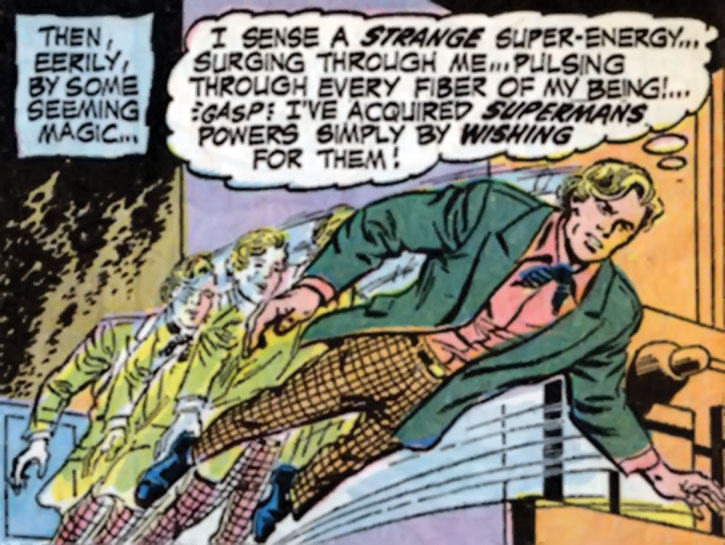 The bitter Gregor revealed unexpected and only partially controlled super-powers. He transformed first into a wraith and then into a gorilla and attacked Superman. The Man of Steel easily subdued Gregor, whose transformation quickly wore off. As he turned human again, Gregor accused Superman of being responsible for his condition.

Years before, Superman had helped his father stop a lab accident involving metamorphon. Metamorphon is an artificial element created by Dr. Nagy which had hyper-evolutionary effects on living beings. Though Superman stopped the metamorphon from exploding, his actions caused Gregor to be caught in radioactive steam.

Superman thought he rescued Gregor before there were any ill-effects, but the steam had a delayed reaction.

Gregor first discovered this when he felt an urge to vanish in order to avoid a music lesson with a tutor. Suddenly, Gregor found himself becoming an invisible and insubstantial phantom. The effect ended after a few moments and Gregor seemed normal again. But he quickly discovered that his slightest thoughts triggered more changes.

On one occasion, the wish that he could fly off into the night to escape a bully changed him into a bat, a transformation which he found revolting and traumatic.

Fear could cause him to become a small, trembling rodent. Anger might turn him into an enraged gorilla. A spat with a girlfriend who asked why he was snarling at her caused him to transform into a snarling tiger. Whatever he thought of, he became.

Gregor was afraid to tell his father or anyone else about his condition. He broke up with his girl-friend and became distant with everyone. He went through the next few years feeling like a freak who must be forever alone and guard against discovery.

Superman sympathized, but began trying to teach Gregor to live with his powers and use them for good. Calling Gregor “the Changeling,” Superman called on him to help out in several emergencies.

Though Gregor saw some value to using his powers this way, he continued to resent the loss of a normal life and showed signs of instability. On one occasion, he used his phantom powers to follow Superman to his home after a mission, thereby learning Superman’s secret identity of Clark Kent.

Superman wondered if Gregor would now seek revenge by revealing his dual identity. Laughing hysterically, Gregor boasted that secret identities weren’t so special as he could have a hundred himself. So, he went on, he wouldn’t bother to unmask Superman, who was another super-freak like himself.

Over the next several days, Superman continued reaching out to Gregor, offering him training and friendship. But the young man remained resentful. On a trip to the Fortress of Solitude, the rebellious Gregor flippantly pressed random controls in the Fortress, triggering a self-destruct circuit on a space station that Superman had built.

Superman flew off into space to try salvaging the station, leaving a chastened Gregor alone in the Fortress. Gregor did some soul-searching, wondering why he couldn’t overcome his bitterness. He also pondered what would happen if an emergency occurred while Superman was cleaning up Gregor’s mess.

This is a Job for Superman !

Determined to make up for the trouble he had caused, Gregor took a costume from one of Superman’s defunct super-robots. Dressed as Superman, he used his new superspeed, flight, and x-ray vision to locate the trapped submarine.

With Superman’s invulnerability he was able to withstand the ocean pressure and with super-strength he began a dramatic rescue, moving the massive boulders that had trapped the sub.

And then his transformation ended, short-lived as always, and the water pressure caused his ribs to cave in.

Ashes to Ashes, Dust to Dust

Superman streaked in at that moment, rescuing the sub and rushing Gregor toward a mainland hospital. But the boy succumbed to his injuries too quickly, using his final breath to tell his grieving mentor that he’d have been proud to have a father like Superman.

With his death, Gregor’s body went through one final transformation, sloughing into dust.

Gregor was a normal, reasonably attractive young man in his mid-to-late teens, probably 16 or 17.

He normally dressed rather stylishly (for the era) in suits, like a young man who obviously came from money. He wore no “super-costume”, except when trying to stand in for Superman on his final, fatal adventure.

Before gaining his powers, Gregor seems to have been living a somewhat indulged life in his father’s mansion. His only concern was avoiding his tutors. He was not at all emotionally prepared for the responsibility of gaining super-powers, especially uncontrolled ones that made him feel like a monster.

Almost any stray thought could trigger a transformation, with Gregor subconsciously choosing forms that matched his mood. Like many teenagers, he was at the mercy of emotions and physical changes that he wasn’t prepared to handle. But his powers magnified this issue many times over. Afraid to confide in anyone, he became a deeply alienated and traumatized teenager. 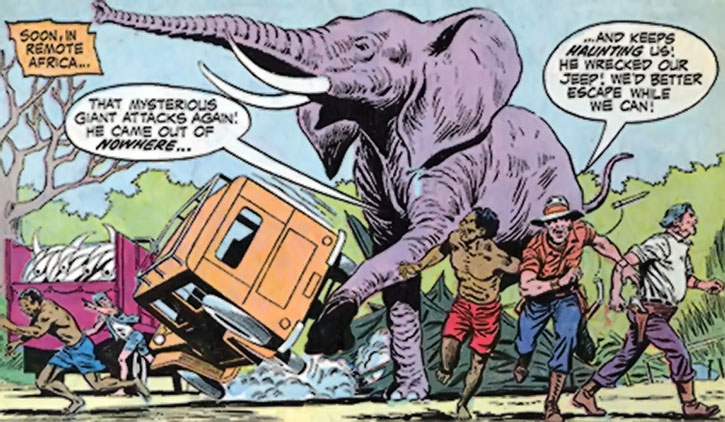 Gregor had once probably felt hero-worship for Superman, but he blamed his former friend for what had happened to him. He bottled up this anger until after his father’s death, though. I can’t help but wonder if he wasn’t also angry at his father, whose experiments mutated him, but suppressed that anger or sublimated it toward Superman as something he wasn’t ready to face.

Impulsive, alienated, and bitter, Gregor nevertheless also showed flashes of a sense of responsibility and concern for others. Despite feeling like a monster, his heart was generally in the right place. Thus, he died happy at having done the right thing. If he’d had time to grow and develop, he might have dealt with his issues and developed a genuine heroism.

“Forget it, Superman ! I want nothing from you, not even sympathy !”

“ARRRRRR ! Yes, it is I, Gregor ! And you did this to me, my guardian ! You placed the mark of the beast on my brow, and for that you will pay !”

Denise: “Gregor, I couldn’t stay away… not on the day of your father’s funeral. You need me !”
Gregor: “I’ve told you, I don’t want you around…ever !”
Denise: “But we love each other ! Why must you snarl at me like some angry animal ?”
Gregor: “Angry animal, am I ? You don’t know how right you are !”

Gregor: “Proud of what you did to me, Superman ? Do you know what it means to be a freak… different from anyone else… forever alone ?”
Superman: “Different… forever alone ? No one knows that feeling better than I ! But you mustn’t be ashamed of your strange powers ! Learn to live with them, use them for good, as I use mine !”
Gregor: “How easy for you to say that ! You’re not a beast, but the world’s greatest hero !”

Drawbacks:
MPI (self-loathing, anger at Superman), SIA (hiding his powers, almost as if he thinks them a Dark Secret).

Gregor died in his first appearance. Many of his stats are necessarily guesses, as are things like his height and weight. One of his comments (that he could have a hundred secret identities if he wished) indicates that he may also have Chameleon, but this isn’t demonstrated.

Self-link (Spirit Travel) means that Gregor doesn’t leave his body behind. He actually becomes ghostly, both insubstantial and invisible. Some GMs consider Spirit Travelers to be invisible by default. If you’re one of them, you can subtract the Invisibility Power. 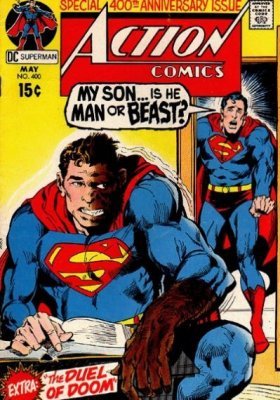 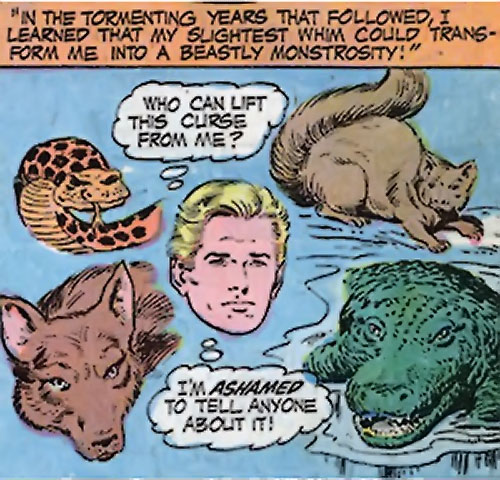 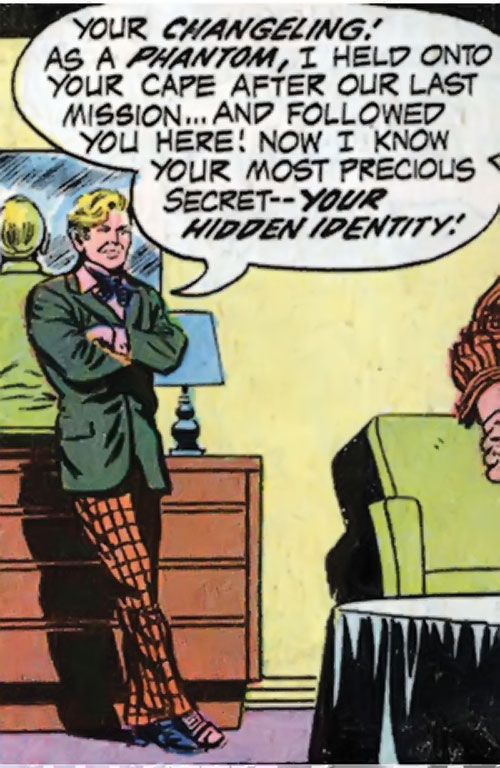 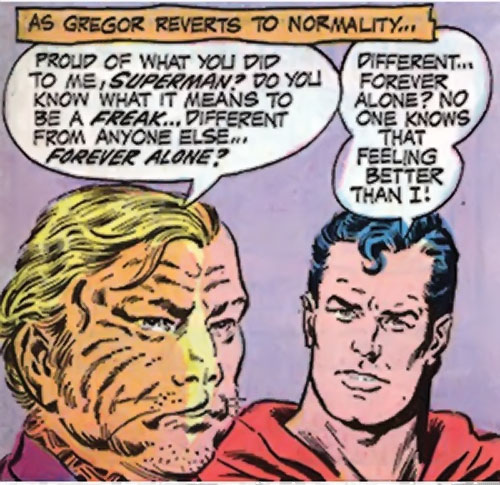 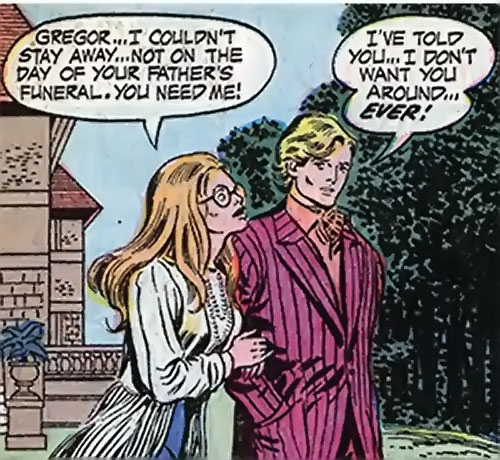 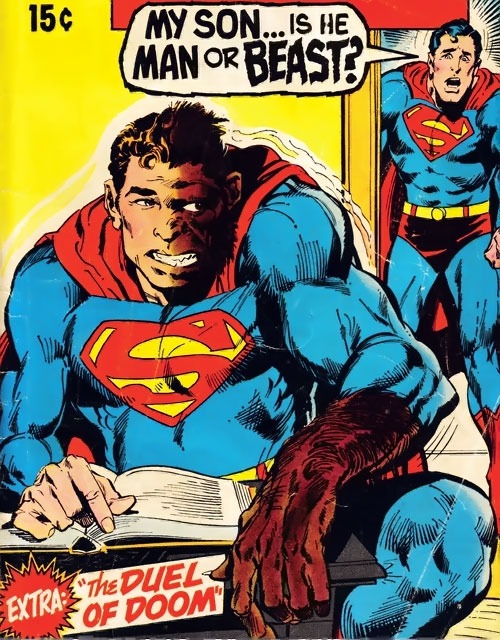 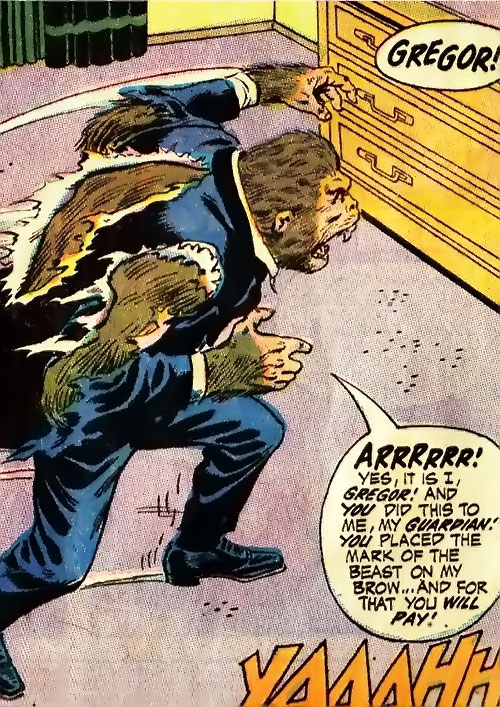 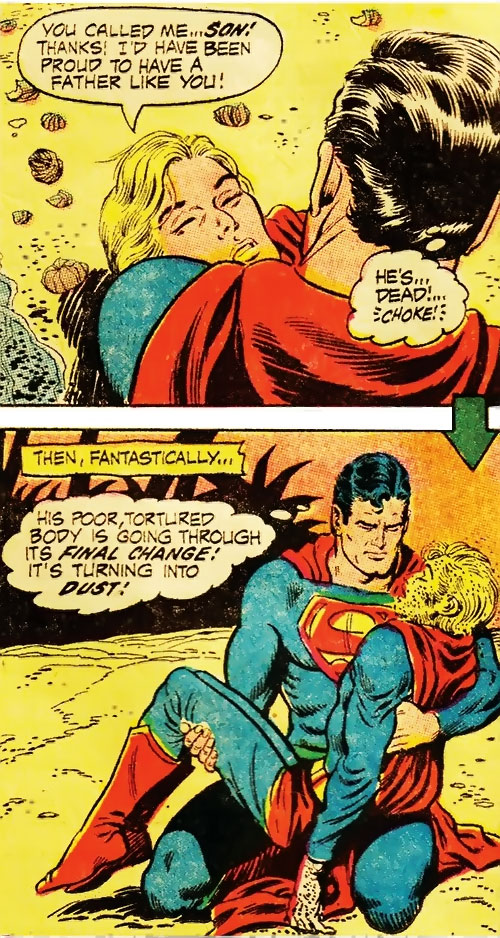