Chankar is a very large and very muscular martial artist. But not a sumotori, contrary to what the silly cover blurb says. According to Clive Reston, hitting him is like hitting a boulder.

Chankar was one of Fah Lo Suee’s elite bodyguard. He once captured Clive Reston.

Chankar later fought Shang Chi, though the master of kung fu kicked him off a mountain to get rid of him. 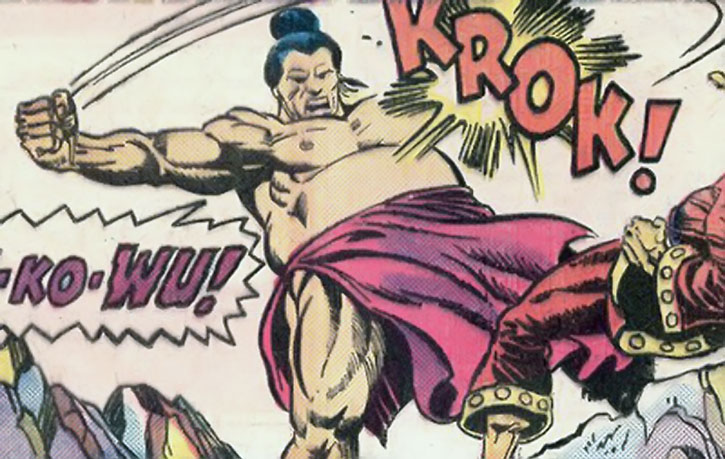 Chankar may very well have been subjected to the Mimosa mind control drug used by Fah Lo Suee. Thus he was oddly silent, and somewhat plodding.

The one time he spoke he just bellowed Leiko Wu’s name (Fah Lo Suee had just ordered him to capture her) in a monotone. 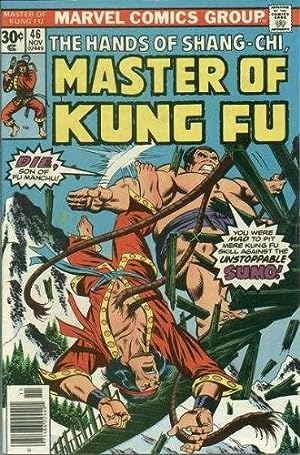 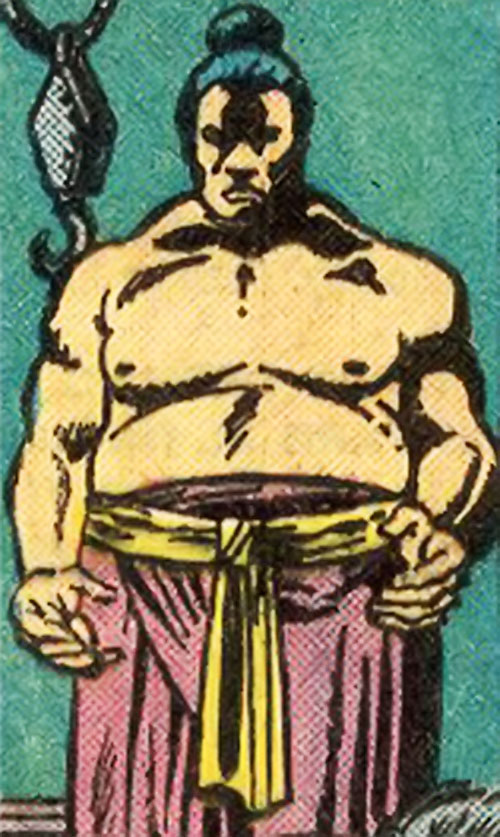 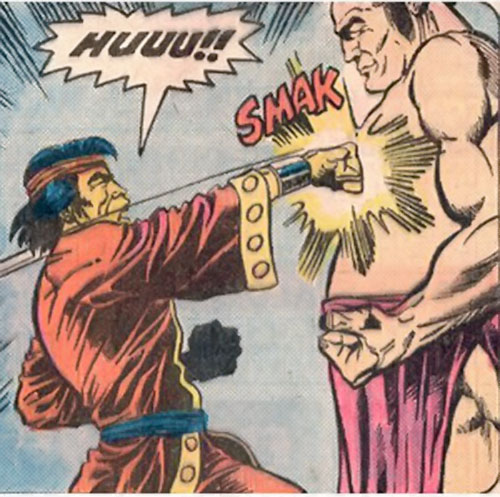