Chaos is capable of projecting a psycho-plasmic force blast, called a “Chaos Burst”.

Chaos is actually an artificial being. She was created by Cerebro when it gained sentience and took on a physical body. Lemieux was given a physical body and artificial memories, believing herself to be a championship ice skater.

When Shadowcat broke free, they tried to recapture her, but failed. Thus earned them Cerebro’s displeasure.

When he talks it rarely makes sense, or at least not in a way that anyone around him understands. He usually speaks in single word sentences, which don’t necessarily seem to correspond with what’s being discussed.

He doesn’t have a problem understanding others, and happily follows orders. 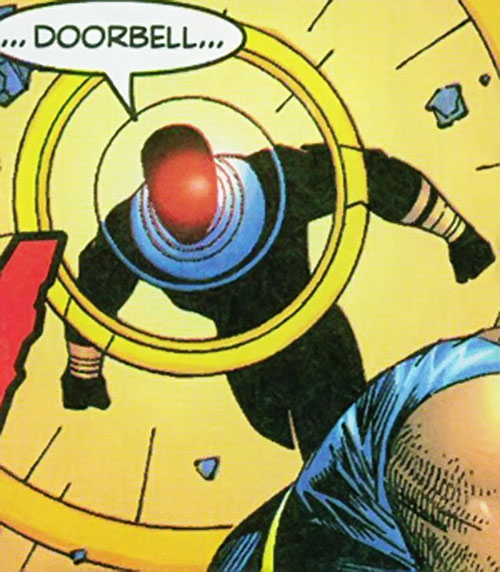