For context, please read our Human Defense Corps profile first – it has everything you need.

Chaplain Charlie is a competent man who knows what he’s doing. Since his line of work is the supernatural and paranormal, that’s saying a lot.

Not only is he very knowledgeable about the occult and unusual, but he can actually perform magical rituals for which he has full instructions, usually from a grimoire. He is also a talented and experienced fighter.
Graham is usually seen fighting with paired .45s or strange paired knives. He presumably learned these skills before enlisting.

Graham seems to have an abnormally strong power of intuition. Often he just knows minor things (that it’s not midnight yet, or that the men of Easy are truly alive) and is absolutely certain about it.

Chaplain Graham (always called “Chaplain Charlie” by the senior officers of the HDC) seems to have quite a background. His vast esoteric knowledge, his weathered face, his non-military combat skills, his blazin’ twin .45s all convey the impression he used to be some kind of pulp-ish adventurer in his youth, and investigated paranormal cases. 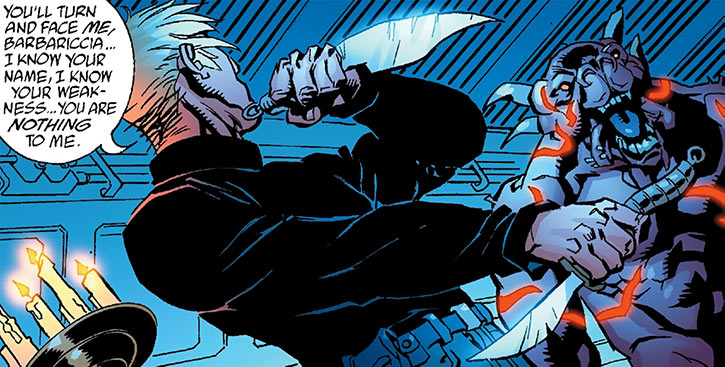 Next to nothing is known about his religious and/or military career. It is possible that he hadn’t been recruited yet when the HDC launched its first operation, since back then the troops didn’t seem prepared for magical threats.

When he was seen in a dress uniform, Chaplain Graham sported an impressive salad bar , presumably meaning that he has had a long military career.

By 2003, Chaplain Charlie was the head chaplain of the Paranormal Science Department of the HDC. He may also have been the head chaplain for the First Special Armoured Division – apparently the only unit in the HDC back then. His position within the PSD seems quite senior, and he appears to be their leading occult specialist.

Graham conducted the seance that revealed that 66 men of the 1st SAD’s Easy Company were not KIA but POWs in Hell. He then lobbied toward a combat rescue op, putting his career on the line to have it happen. During the invasion of Hell, he spearheaded the thrust along with Colonel Rosetti.

Graham has a weathered face and a nose that seems to have been broken several times.

Tough, determined guy with a military manner and rock-solid faith. Chaplain Charlie has a tendency to editorialise about the forces of evil. He does so in general ethical terms rather than in any specific religious terms, perhaps reflecting his non-denominational position.

Otherwise, he seems to be chiefly a man of action who thrives in risky situations. The chaplain generally appears to be an experienced and competent soldier, occultist, fighter and adventurer.

“Good evening everyone, I’m Charlie Graham, head chaplain of the PSD… your CO  for this posting. Welcome to Midnight Station. At ease.”

“Trans-death entities love dreams, but the communication interface is low. Messages get lost… So tonight we’re all participating in a standardised Crowley /Harris  seance formation… with luck, it should summon the deceased men of your dreams, and find out from them if they have a message for us.”

“You’ll turn and face me, Barbariccia… I know your name, I know your weakness… You are nothing to me.” (draws knives to fight a big demon)

“We’re not just meeting them with superior technology. They are weak and pitiful creatures no matter how they appear. They are eternal bullies who torment the souls of the guilty and have never faced a fighting force.”

Equipment:
Graham has access to HDC equipment. In the field he wears the standard SEGMENTED BODY ARMOUR (often with a robe over it) and Tactical Headset Radio. The Chaplain’s usual armament includes : 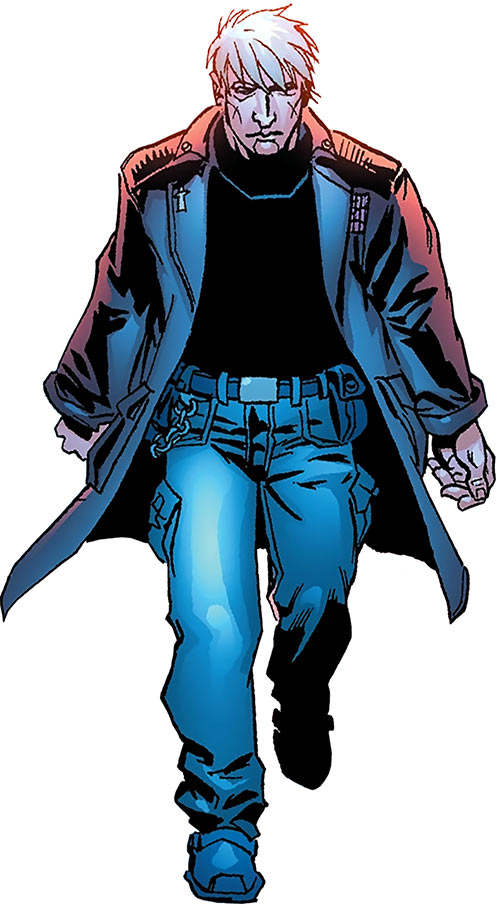 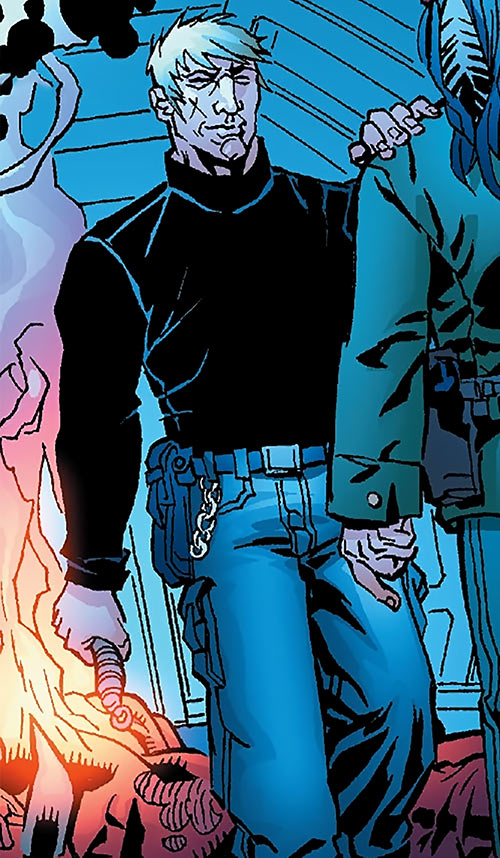