Charaxes is a moth-like monster of great size and prodigious strength. The operative word is “monster” – he has disgusting abilities, feeding habits, insect-like instincts and reproductive mores, etc.

Charaxes is superhumanly strong (enough to claw through a concrete wall) and tough. Most gunfire is pointless against him, although shotgun fire at point blank might cause some pain. However he seem somewhat vulnerable to edged attacks as they can get between the plates of his exoskeleton.

He’s quite fast, can fly a bit (although he prefers to walk), and occasionally uses his claws to run along walls and ceilings in an Alien-like fashion. It is unclear how useful his extra limbs are. In DC Heroes terms they do not seem strong or coordinated enough to rate the Extra Limbs powers.

His usual goal is to grapple his target until it’s still enough for Charaxes to unfurl its tongue/proboscis thingie and inject them with a powerful paralytic venom. He’ll then take the victim to a remote humid corner, spin a sticky cocoon around it and leave him there to die and rot a bit so he can eat him.

In DC Heroes RPG terms a cocoon has a BODY of 05 but has an Attack vulnerability to cutting instruments, flames, lasers and comparable.

If he happens to just knock a victim out, he’s likely to grab the person and flee to cocoon them other somewhere else.

Charaxes is best used as an horror scenario and/or against human and street-level opponents. He’s not actually very powerful by superhuman standards, and would lose some of his mystique if faced by powerhouses.

Following his latest defeat, Walker was contacted in his cell by Neron. At this point, Walker was mired in a depression over his status as a loser whom nobody feared or respected. Neron promised him power, to become a true killer moth. Walker agreed to sell the devil his soul and, shortly after accepting the deal, started mutating.

He spun a huge cocoon in his prison cell and spent days finishing his mutation inside.

The Arkham staff tried probing and inspecting the cocoon, but soon the monstrous Charaxes emerged. He killed several doctors and guards and fled through the wall. He then started hunting on the outskirts of Gotham, where Sheriff “Shotgun” Smith and his deputies repeatedly attempted to intercept him.

During one such attempt, Charaxes captured Robin (Tim Drake) and cocooned him in the countryside. Thankfully, the Boy Wonder managed to escape a few minutes before Charaxes came in to eat him. Robin couldn’t defeat Charaxes, but Lock-Up (Lyle Bolton) knocked out the nearby cops then subdued Charaxes using his advanced arsenal.

Charaxes spent a long while in Lock-up’s private prison. Still, he had it good compared to other prisoners. Unlike the others, he could eat anything that crawled or skittered in his cell.

When the prison was busted by Robin, Nightwing and Batman, Charaxes was nearly drowned as Lock-Up attempted to kill all his prisoners. Strangely, he seemed to pose little resistance in the water – his exoskeleton may have problems with being immersed. He was thus recaptured by the Bat-crew and sent again to Arkham. 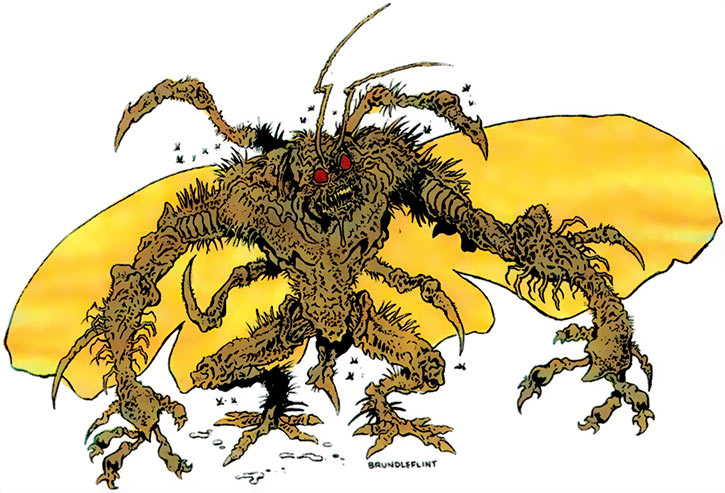 After escaping under unrevealed circumstances, Charaxes was arrested again when he started eating people in Blüdhaven. Starfire and Troia made relatively short work of him.

During the arrival of Mageddon, all hell broke loose in the Belle Reve super-prison. Charaxes thus had a brief reign of terror in the lower level as a “insect god”. But the forceful intervention of the JLA put order back in the prison and Charaxes back in his special cell.

After several months of existence, it was time for Charaxes to give birth. Apparently, as the sole member of his species, he’s both self-fertilising and hermaphroditic. The process was a surprise to him, but he soon found the necessary instincts to protect and feed his offspring.

Walker went into a feeding overdrive (and thus killing spree) in order to generate a large mass of pre-digested food.

Robin located the abandoned sports centre where Charaxes and the offspring were hiding. He and Nightwing neutralised the monster by using its proboscis to apply a submission hold though a cable. Shortly after, Robin saved Spoiler from an ill-conceived attempt at arresting a huge Charaxes offspring, which was apparently the last one around.

Robin and Nightwing evacuated the bound Charaxes while various authorities were fighting among themselves to determine what should be done with the offspring. However, they were tricked into releasing it so the monster could be hunted down by Jaeger.

Charaxes can still speak and sounds somewhat human. Actually, he sounds like a complete psycho, an obsessive maniac consumed by thoroughly inhuman mores which are perfectly natural for him.

He will proudly proclaim his name at the beginning of an encounter. The rest of the time he comes across as a raging, bestial predator. He considers most life forms, humans included, solely as food.

Charaxes give birth to weird creatures – who all look like exact clones of Drury Walker, except they start as kid-sized. Those clones have a strange metabolism, and grow up very quickly. Those who survive long enough can become 7’ tall giants with great strength.

What happens next is unknown. No offspring has ever survived past that stage. It is likely they will retire into a cocoon and evolve past the pupal stage into a creature resembling Charaxes.

The clones can speak fluent English from birth, and seem to have the same knowledge of everyday life as Walker does. They are, however, aggressive, annoying and antisocial, like a kid with a terrible education on steroids. They seem to become more violent as they age, hence their mortality rate. When killed, they decompose very quickly.

The clones have all Mental and Spiritual stats at 02, and their physical stats start at 02 everywhere. The physical stats all grow as they grow in size. A 7’+ giant has every Physical stats at 07. None of them has any HPs, but they will try to get all the clothes, guns, food, ammo, etc. they can.

A brood seems to include at least 15, maybe 20 offspring. 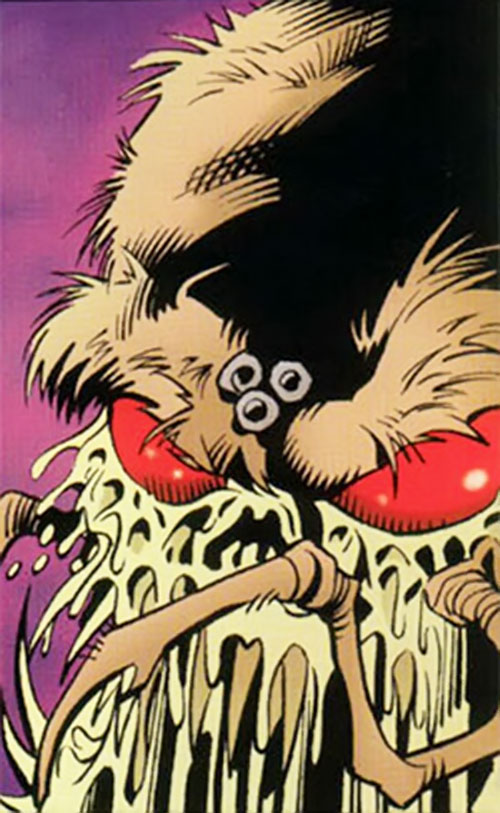 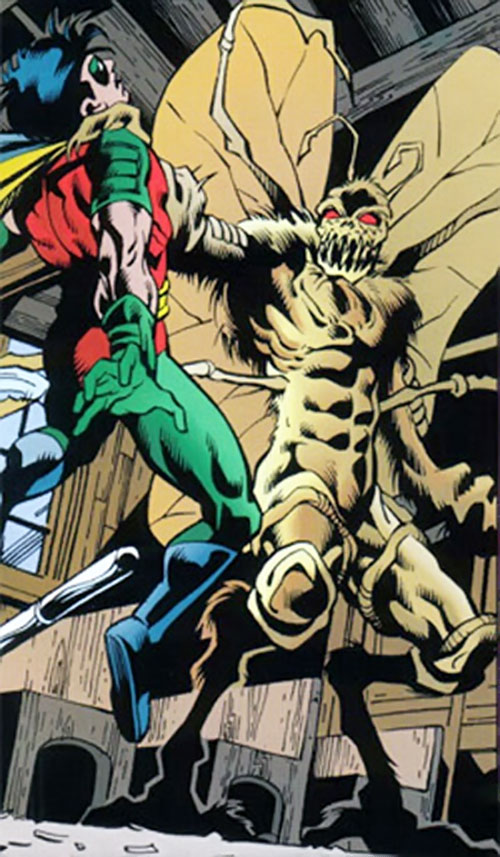