Sickan is the main character in the Jönssonligan movie series. This is a popular Swedish series of crime/comedy movies, which started in 1981.

Jönsson is a criminal genius.

He specializes in breaking into systems utilizing the famous Franz Jaeger safety systems (locks, doors, safety cars etc.). His brilliant mind is capable of planning the most outrageous of heists and then carrying them out impeccably. In DC Heroes RPG terms he receives a -2 CS OV/RV Bonus on all Thief rolls when working with any Jaeger product or at the most vital role of any major heist.

He also has a knack for escaping prisons, handcuffs, etc..

Almost all plans include the use of various ordinarily harmless equipment. These are then carefully assembled into some useful gadget for that particular heist (a lot like MacGuyver).

Jönsson’s main weaknesses are his somewhat asocial behavior and his clumsiness.

The Jönsson Gang is a quartet of Swedish criminals. It is led by the brilliant criminal mastermind Charles-Ingvar “Sickan” Jönsson. His colleagues, or rather henchmen, are named Ragnar Vanheden, Rocky and Dynamite-Harry.

They usually engage in well-planned heists netting millions of crowns in reward. Unfortunately, something, despite all the planning, usually goes wrong. Yet the Gang is never left completely empty-handed.

They are all, and particularly Jönsson himself, well known criminals and hunted by the police, who’re utterly incompetent in the series. All of the crimes revolve around Franz Jaeger safety systems and Jönsson’s arch-rival Wall-Enberg. The latter is the series having fun at the expense of Sweden’s successful family of businessmen, the Wallenbergs.

The story begins with the Jönsson gang making a minor burglary. It all goes wrong and the gang leader, Sickan, gets caught and imprisoned. After he has spent 10 months in jail, his partners Vanheden and Rocky come to welcome him when he’s released. But he doesn’t take notice of them. He’s picked up by the mysterious banker Wall-Enberg Jr. instead.

He wants Sickan to perform a burglary in Switzerland, in order to retrieve the famous Bedford Diamonds. Sickan agrees on this, but is double-crossed by Wall-Enberg and very nearly gets caught again. When he returns to Sweden and re-unites with his old gang members, he’s set on revenge.

The Jönsson Gang and Dynamite-Harry (1982)

Sickan, Vanheden and Rocky attempt to rob the Berns nightclub, but the plan fails, and Sickan is arrested. He is sentenced to 10 months in jail.

When he is released, he has a new plan, but Rocky and Vanheden have decided to go straight. However, they are easily convinced to help Sickan with his plan. Together with an old dynamiteer, Dynamite-Harry, they plan to rob a cold store. It is managed by their arch-enemy, Wall-Enberg.

Sickan has a new plan. This time, the gang are going to steal a computer micro chip holding a top secret government plan about Sweden’s future. But, Wall-Enberg is also planning to steal the same chip. The payment will be 55 million Swedish crowns in gold and diamonds to whoever can deliver the chip to some criminal foreign investors.

Who will grab hold of the chip, the Jönsson Gang or Wall-Enberg?

As always, Sickan has come up with a new plan. This time he wants to rob the IKEA furniture store.

During their nightly break-in Sickan discovers that IKEA is used as a secret smuggling central to send American computer hardware to the Soviet Union. The hardware is picked up by Soviet submarines. Naturally, it is their arch enemy Wall-Enberg who is behind all of it.

Vanheden and Dynamite-Harry, together with Harry’s fiancée Doris, are on Mallorca. Sickan is still in Stockholm. However, Wall-Enberg wants him to do a break-in at Cardinal Wulka’s on Mallorca. He can’t resist this challenge and travels to Mallorca. Wall-Enberg, of course, can’t be trusted.

Sickan is double-crossed, caught and put in prison while waiting for transport home to Sweden again.

After Vanheden and Harry break him out of jail, it’s revenge time again. The gang discover that an antiques dealer called Germann is involved. She’s also collaborating with Wall-Enberg. The gang then decides to take a closer look at her and her antiques. This is how they discover that there’s a coup being planned against the cathedral in Parma.

The Jönsson Gang and the Black Diamond (1992)

Sickan is permanently placed in an asylum after having served out his latest jail sentence. The Gang is taken over by his doctor and great admirer, Dr. Busé (“Dr. Thug”). The Jönsson Gang sets their eyes on theft of a priceless, black diamond on exhibit in Stockholm.

When Vanheden and Dynamit-Harry tries to break doctor Busé out of jail, they get Herman Melvin instead. He has been working at the Swedish Mint. The doctor, who has started to think like Sickan, has written a plan on Melvin’s back – to break into the Mint.

However, something goes wrong. They don’t get lots of Deutsch-marks, as they planned. Instead, they end up on a ship going to Poland, as they have large quantities of Zlotys. In Poland, they discover that the Mafia is very interested in that money. And that Wall-Enberg, of course, is working with this mafia.

The Jönsson Gang is taken over by Sickan’s brother Sven-Ingvar Jönsson. The target of their heist is the Royal Opera House in Stockholm. There’s also a subplot of revenge against the arch-enemy Wall-Enberg.

There is actually also a series of “Young Jönsson Gang” episodes that gives us much background information, but these are beyond the scope of this write-up.

Jönsson is a small, timid man in a costume, fine shoes, a tie, a hat, a pair of glasses and a cigar. He moves in a very clumsy way, often bumbling into objects or tripping around (The actor, Gösta Ekman, also plays the legendary master of clumsiness “Papphammar”).

He often reacts with rather exaggerated facial expressions. His speeches are either well planned or stuttering inconsistencies.

Jönsson is a bit asocial, to the point of being a nerd. He has more than little trouble relating to people, and particularly to women. He talks like a classic, Swedish nobleman with added modern slang and nuances, including manners.

He loves appreciation of his criminal genius (and hates being called Sickan) and considers carefully planned crime to be a form of art.

He really, really loves the life of crime and always has a new plan underway. In fact, when he leaves the prison, walking away from the latest sentence, he is carrying his latest plans beneath his arm.

Anything worthwhile concerning crime is celebrated with cigars and fine wine. He will always accept anything fine in life offered him. He will, however, not show any interest in women.

He’s extremely excited when counting money, declaring a plan or seeing that a plan is about to be carried out successfully.

He enjoys giving taunting, subtle hints to the police or his rivals about ongoing or performed robberies.

Jönsson is methodical and demanding in every detail. He never gives up on a heist, but will adapt to the situation and come up with a new plan if something fails. Neither will he hear of defeatist talk from his henchmen.

He usually tries to include the henchmen with their own tasks when performing the perfect heist, but is also willing to try things out himself. In fact, he is willing to leave his men behind in order to save his own skin.

Jönsson has a criminal’s pride; he is deeply offended if he’s bullied or fooled and will plan for vengeance at such occurances. His archrival Wall-Enberg, who has double-crossed him several times, has to be put in place by spoling Wall-Enberg’s plans, carrying them out himself before Wall-Enberg can do so och simply rob him for all he’s worth.

In order to show his superiority as a criminal mastermind, Jönsson may even agree on working for or with Wall-Enberg.

“Gentlemen, I have got a plan.”

“Charles-Ingvar Jönsson, if I may.”

“All is timed and planned into the smallest detail. It is a perfect heist.”

Jönsson’s remarkable career ended permanently when he became insane and was placed into an asylum (see History). From that point on he should be considered to have the Serious Psychological Instability drawback.

He actually plans new crime in that asylum, while his former partners are working on their own. His plans could still be carried out, however, by anyone getting access to his plans, but only with a +1 CS on their Thief Skill instead of the ordinary +2 CS.

The character is physically extremely clumsy and receives a +1 CS OV/RV penalty on all physical actions that derive on DEX for their success. These include the use of DEX for unskilled acrobatic maneuvers and the use of the Acrobatics skill itself. Such characters also tend to trip on their own feet while just walking around.

Example: Sergio Aragone’s Groo has this Drawback and it has even become one of his trademarks. 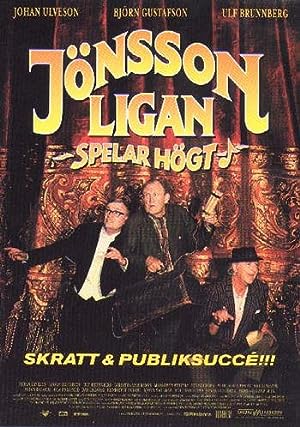 J&amp;ouml;nsson Gang DVDs (but that’s in Swedish, and region 2) 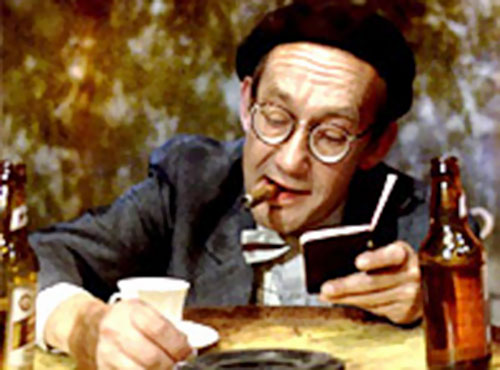 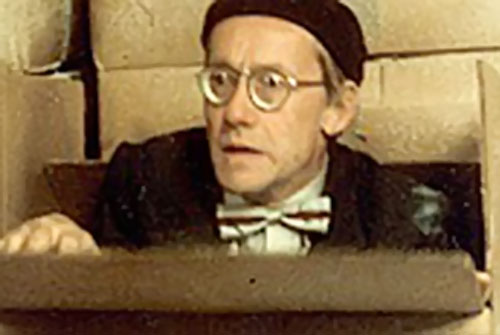