Crews is a highly observant detective, with strong deductive skills.

He’ll often view crime scenes differently from his partners, looking for what isn’t there rather than what is.

Trained with firearms, his time in prison has also made him a good unarmed fighter, and knife-fighter. In close-quarters he often reverts to fighting dirty out of conditioning.

He’s usually armed with gun and knife. The latter is against regulations and could get him chucked off the force.

He’s good with people when he wants to be, empathising with victims and getting people to tell the things they’re afraid to share.

Since leaving prison he’s also become knowledgeable about the variety of fruits, common and exotic. He usually has at least one on him at any time.

This video trailer comes in a crappy resolution so watch it small, but it’s short and efficient.

You don’t have to understand here to be here

A police officer Charlie Crews was part-owner of a bar with his friend Tom Seyboldt. When Seybolt and his family were found dead, Crews was wrongly convicted of the murder. He was sent to Pelican Bay State Prison .

Nobody believed his protestations of innocence, his wife left him, and his father refused to let his mother visit. Thus, Charlie never saw her again before she died.

As a cop prison life was hard. Even though most of his time was spent in solitary he still had most of his bones broken in fights at one time or another. He spent his time studying Zen philosophy to help him cope with his anger. Charlie also befriended white-collar criminal Ted Early. 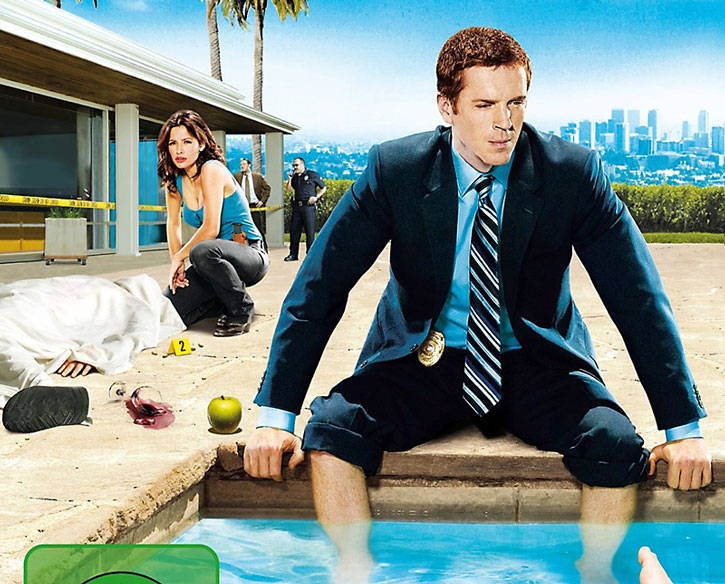 Due to the work of his new lawyer, Constance Griffiths, he was finally cleared of the crimes after serving 12 years. The settlement he received from the LAPD was rumoured to be around $50 million dollars, and he also bargained for reinstatement. The reinstatement came with the proviso that he was barred from investigating who’d framed him.

Ted Early had also been released by this time. Crews employed him as his personal financial advisor. He also let him stay above the garage of Crews’ large (and largely unfurnished) house.

Back on the force, and now a detective, Crews was partnered with Dani Reese. She’d drawn the short straw due to recovering from a drug addiction gained during undercover work.

Straight-laced and uptight, Reese disliked Crews’ flightiness. But she disliked even more being ordered to report any ground he gave for suspension. Thus they developed a working relationship.

People seek what they don’t have. Only troubled people seek peace.

Charlie used his authority to playfully harass his ex-wife’s new husband, pulling him over frequently, as he tried to convince Jennifer to come back to him. After a year or so they had a brief affair, although whether this will continue is unknown.

Despite being banned from investigating Keyboldt’s murder, Charlie did so anyway. He also looked for the missing Keyboldt daughter, Rachel. A clue from Russian mobster, Roman Nevikov (who was protected by Homeland Security agent Paul Bodner) pointed him towards Dani’s father, Jack Reese. 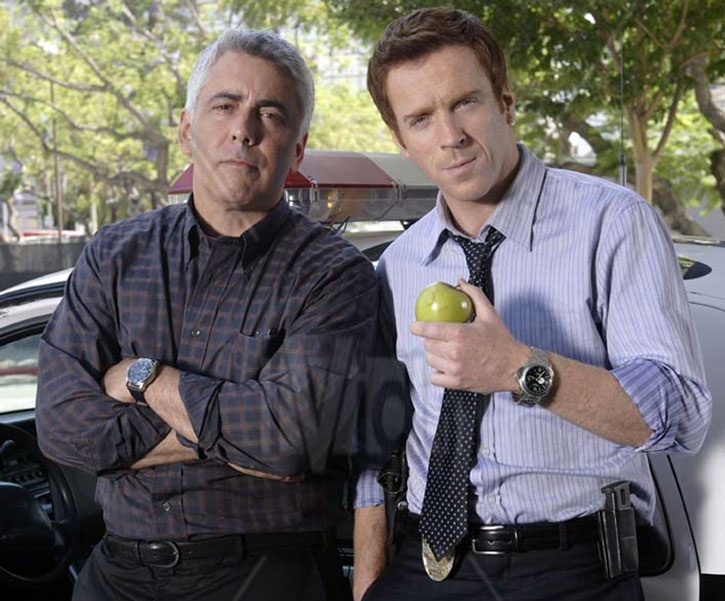 Crews deduced Jack Reese was one of a group of cops responsible for the disappearance of $18 million during the Bank of Los Angeles shoot out. Crews also discovered an informant of Jack Reese’s, Kyle Hollis, had been responsible for the Keyboldt murders. Tracking reformed preacher Hollis down, Crews got him to confess. He also learned he’d adopted Rachel – who had no idea what he’d done – as penance.

With Hollis in jail, Charlie was unable to use him to incriminate anyone else. He had rescued Rachel though, and she moved in to his house. She was initially distant with him, and reluctant to accept his adopted paternal role, but they did begin to grow closer.

Revenge is a poison meant for others that we swallow ourselves.

Again encountering Nevikov they arrested him despite protests from Bodner – now back with the FBI – and sent him to jail. Crews was shot by Bodner while opening his front door, but claimed to have no idea of the shooter’s identity. Keeping the bullet, he recast it, broke into Bodner’s place, and returned it, shooting Bodner in the leg. He learned Nevikov controlled Bodner through threats to his family. 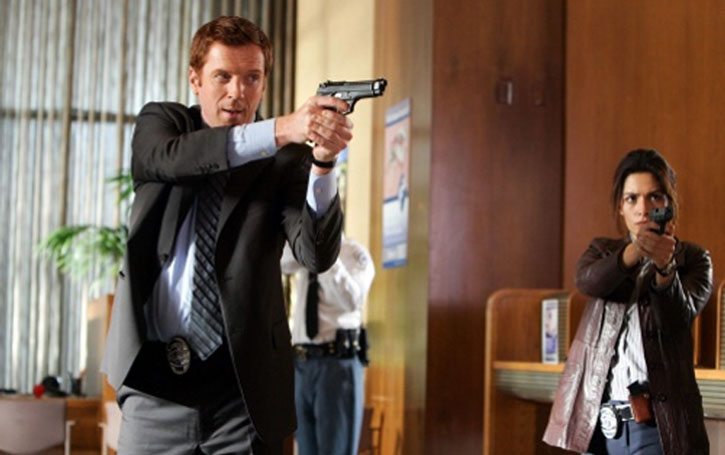 When Reese was temporarily assigned to an FBI taskforce, Crews was partnered with detective Jane Seever. Seever had an ambitious 15-year plan to be mayor – although it had been derailed a year for her to run in the Olympics (relay only).

Reese then went missing. The taskforce she’d been assigned to had been a fake. Its agents – working for Nevikov – had been killed soon after her disappearance. Crews then learned Nevikov had paid someone else to serve his time. He also received a tape offering Reese in exchange for Mickey Rayborn, ex-cop millionaire and former colleague of Jack Reese.

Crews had spoken with Rayborn before his supposed death. Rayborn had gone missing off his boat, leaving a lot of blood behind.

Nothing ever exists entirely alone. Everything is in relation to everything else.

Saving Bodner from Nevikov’s assassin, Crews recruited him to help track down Rayborn. Finding him hiding in a homeless shelter he’d funded, Crews interrogated him. Thus did the detective learn the real reason for his friend’s murder.

The group of crooked cops – allied with Nevikov – had wanted a younger member still on the force, and Rayborn picked Crews at the academy. They’d only intended to get Seyboldt a little dirty, so Crews would have to get dirty to help him out. But Seyboldt resisted.

Setting up an exchange with Nevikov, they lost Rayborn, so Crews offered himself in exchange for Reese. Nevikov accepted and Crews drove off with him and his men. After goading Nevikov to punch him, Crews jabbed him in the throat and killed him. He then convinced the thugs that they were now free of Nevikov, so they should let him go.

Friendly and cheerful, he can sometimes seem a bit off. His quoting Zen often puts people off balance in dealing with him.

Charlie uses Zen to maintain his calmness, and hide the anger he still carries over what happened to him. It can still come out at times, and if he gets involved in a close quarter fight his instincts kick in and he’ll fight dirty. 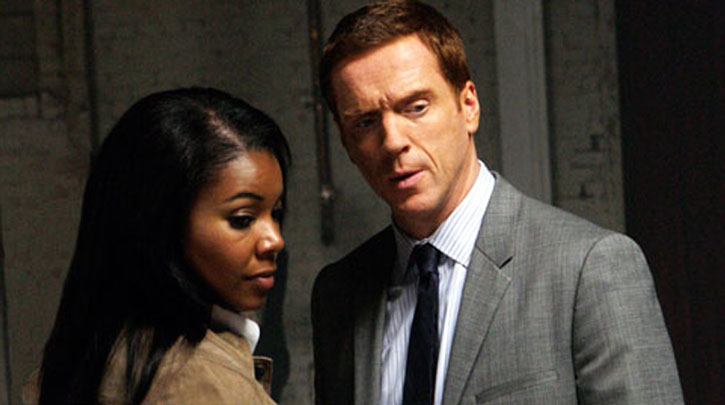 He has an understandable dislike of any form of confinement. Crews will always find some sunlight to stand in if possible. He’s also developed an obsession with fresh fruit, even buying an orange farm. Initially he has trouble adapting to the new technology which has become commonplace during his incarceration, often bemused and amazed by it.

He’s obsessed with finding out the truth about what happened to him, even risking going back to prison if needs be.

Prison Guard 1: “You getting angry, ‘convict’ ?”
Crews: “Anger ruins joy, steals the goodness of my mind, forces my mouth to say terrible things. Overcoming anger brings a peace of mind, leads to a mind without regrets. If I overcome anger, I will become delightful and loved by everyone.”
Prison Guard 2: “Are you making fun of us ?”
Crews: “It is the universe which makes fun of us all.”
Reese (outside the prison): “Why exactly would the universe make fun of us all ?”
Crews: “Maybe it’s insecure.” 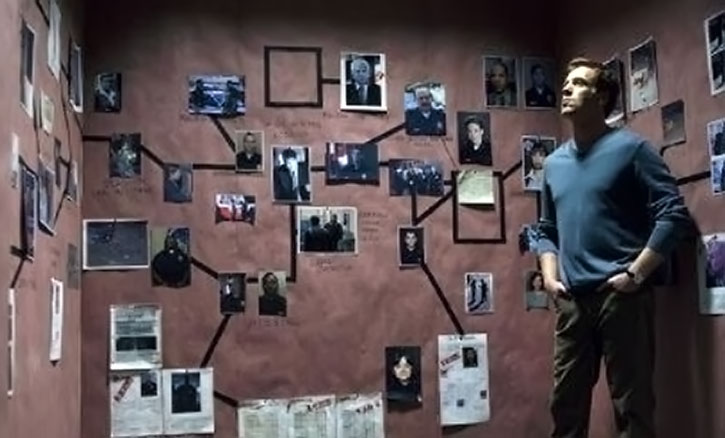 “Yeah, I do that, too. Tell a complete stranger the absolute truth. It helps sometimes.”

“It is not what we carry with us, but what we let go, that defines who we are.”

“Are you all special agents ? ’Cause if you’re all special, then none of you are really special.”

“I’m gonna look further into your future, Red. I see a house. It’s a big house, with bars, and walls. There are guards on the walls. And it’s always noisy. There’s yelling, and crying, and a weird laugh that sounds like a cry. And there isn’t any fruit. Ever.”

Crews: “You strike me you’ll only be striking yourself.”
Criminal: “What, some kind of karmic payback.”
Crews: “If only. No, my partner’ll just shoot you in the head.”

[Being driven away, unarmed, by Roman Nevikov and his Russian thugs]
Crews: “Do you want to know how I got through 12 years in prison ?”
Nevikov: “Your Zen ?” (laughs)
[Jabs Nevikov in the throat]
Crews: “Like that.”
[Nevikov chokes to death]
Crews (to the thugs): “Whatever he had on you and your families is gone. So we can start over right now, or we can go on killing.” [Pause] “You fellas do speak English ?” 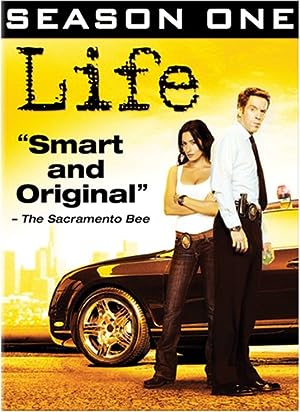 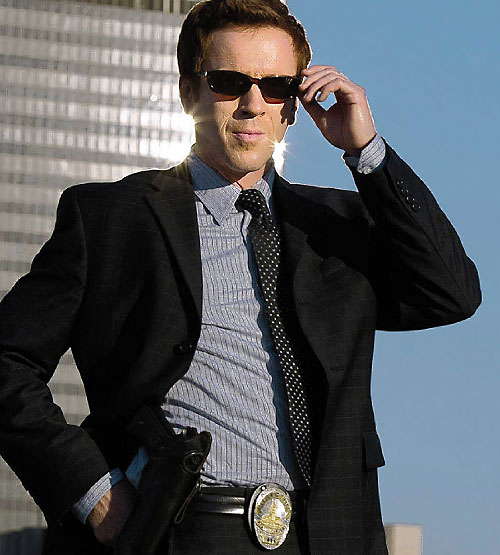 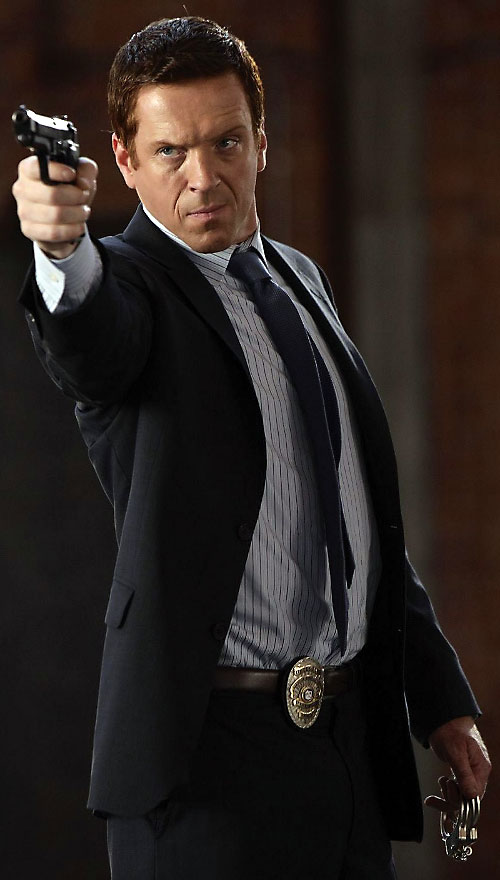 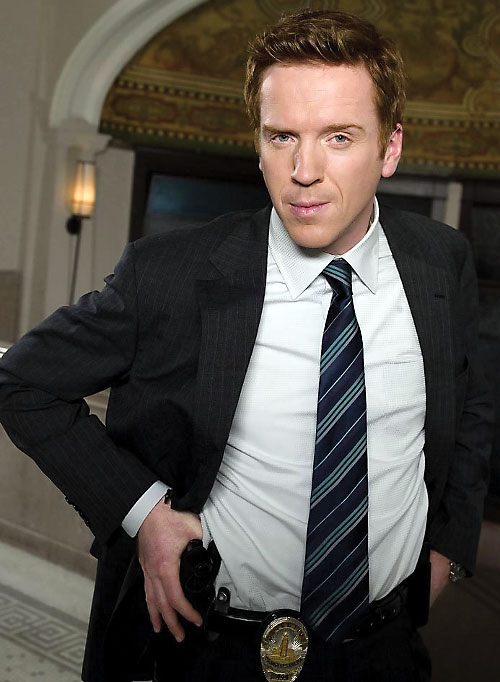 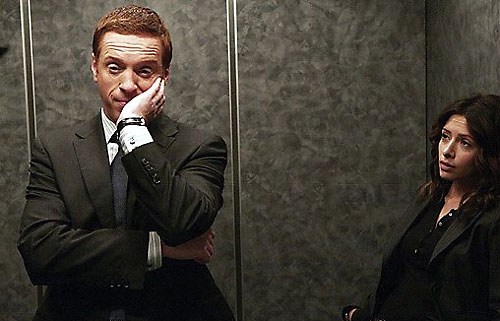 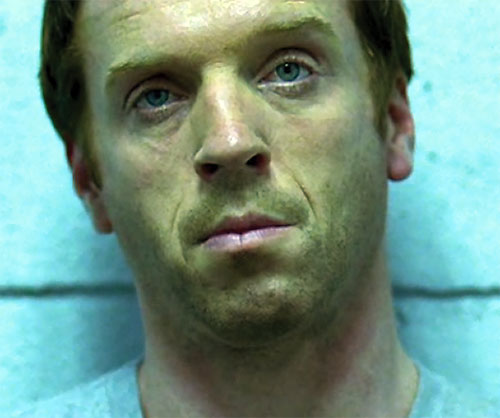 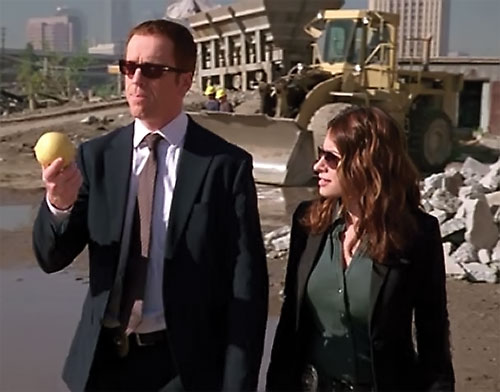 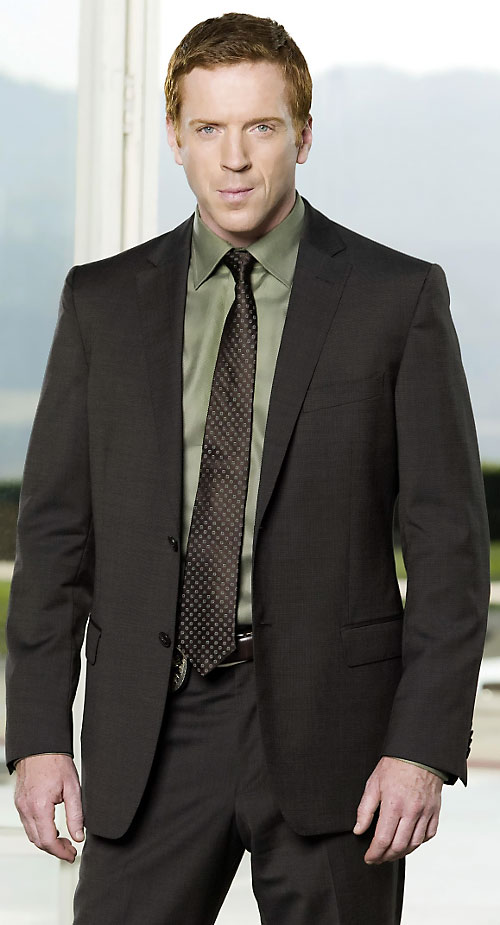 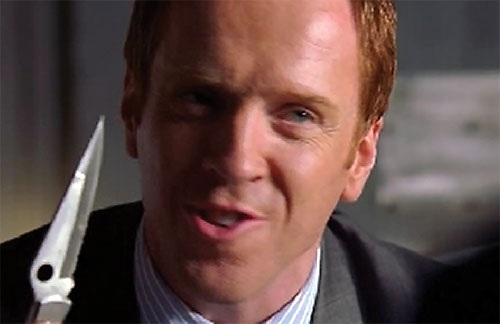