For more context about Charmed, you can refer to the character profiles for the Halliwell sisters – say, Piper.

The dreamer projects himself into another’s dream. By taking androvin and setting his dream inducement system, Whitaker can enter REM sleep allowing him to access his psychic powers. It also provides him with the perfect alibi.

While dream leaping, Berman may use his psychic powers to target others and enter their dreams. While inside he may control the dreamscape and read the dreamer’s thoughts.

Berman uses his abilities to get revenge on women who have spurned him in his waking world. He kills them in their dreams, though he’s not very inventive. He tosses them off a building after dancing with them. Berman loves to gloat over them reading their thoughts and mocking them before finishing them.

If the sleeper awakens Berman immediately loses the connection.

Julie Derikson and Whitaker Berman were dating. Julie broke off the relationship while they were driving. They had an accident. In that crash Whitaker lost the use of his legs and was wheel chair bound.

The rejection of Julie Derikson had a real and lasting effect on him. Berman was also the lead person and patient in a privately funded dream research project.

Berman learned that while in REM sleep he could project himself into other’s dreams. His first victim was his ex-girlfriend. Berman waited six months before he would kill again. 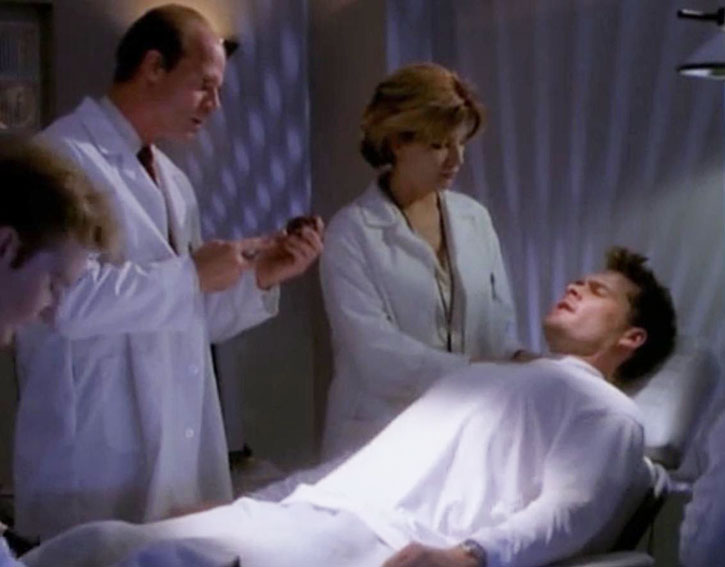 While at a local restaurant called Quake, Berman, back in the dating scene; sent a glass of Chardonnay to Prue Halliwell but she rejected it explaining she was seeing someone else.

When the waitress, Sky Russell, gave Prue’s excuse, Berman turned his attention to the waitress who also rejected his advances.

That night, Berman entered Sky’s dream and killed her too. He began to feel untouchable until two inspectors, Andy Trudeau and Darryl Morris, came to ask him questions about his whereabouts on the night of the waitress’ death.

They were suspicious but Berman had no motive and a great alibi with plenty of witnesses to verify he was at the dream lab, asleep. Also, the guy was in a wheel-chair!

After the inspectors left Berman felt secure in his ability to kill at will. He called up Prue Halliwell at home to “give her a second chance”. When she rejected him again he decided to kill her too.

Berman made his attack on Prue in her dream calling himself the Dream Sorcerer. Prue proved to be more resilient than his other targets and Berman failed to finish his kill. Prue was awakened by Piper.

The Dream Sorcerer attacked Prue a second time but she thwarted him again, this time stabbing him with a letter opener. Prue was determined not to fall asleep but succumbed while driving home.

Her car crashed into a telephone pole and she was taken to Bayside Hospital. Piper and Phoebe joined her there.

He plummeted to his death.

The Dream Sorcerer is a young man with styled blond hair. He wears expensive suits, usually dark in color. When he’s going to kill he will also don black gloves.

Whitaker Berman is a self-absorbed SOB. Berman cannot endure rejection from women. However, six months after his girlfriend’s death he almost seems to expect it. Berman will get revenge in their dreams later.

Whitaker Berman has a tendency to rub his forehead and face with his fingers, tracing along his brow and side of his cheek. Berman speaks with a halting speech pattern, drawing out the last word in a sentence.

He also sits gaping with his mouth hanging open, possibly a direct result of his accident.

“It’s your dream but it’s my fantasy.”

Daryl Morris: “What have we got here ? Her name is Sky Russell, early 20s, waitress at Quake.”
Andy Trudeau: “Every bone in her body’s been crushed.”
Daryl Morris: “Coroner says it’s as if she’s fallen off a 20 story building.”
Andy Trudeau: “But we’re inside an apartment, on the ground floor and her body hasn’t been moved.”

Andy Trudeau: “Mr. Berman, can you tell us your whereabouts night before last ?”
Whitaker Berman: “I… I was here in the lab asleep. I left in the morning.”
Darryl Morris: “Any witnesses that can confirm that ?”
Whitaker Berman: “A night’s worth of data, two scientists, and a lab technician. Shall I have them paged ?”
Darryl Morris: “Nah, that’s ok Mr. Berman. Sorry we disturbed you.”

“This is my grant, my experiment. Set the machine and give me the shot.”

One question that could be answered by a GM is who is funding the sleep experiments.

The Dream Sorcerer is a minor villain with little more ambition than to become a serial killer.

A 305 points Character (without equipment)

Advantages
Expertise (Science related to dreams and sleep), Financial Backer (Rich – but this is a grant and can only be used for his research). 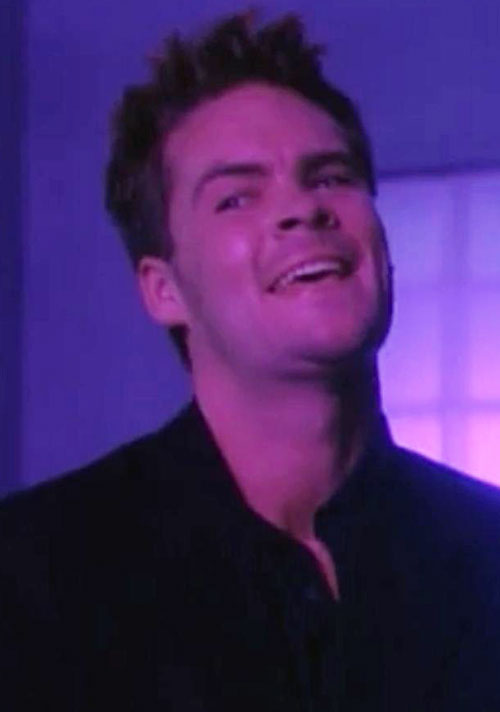 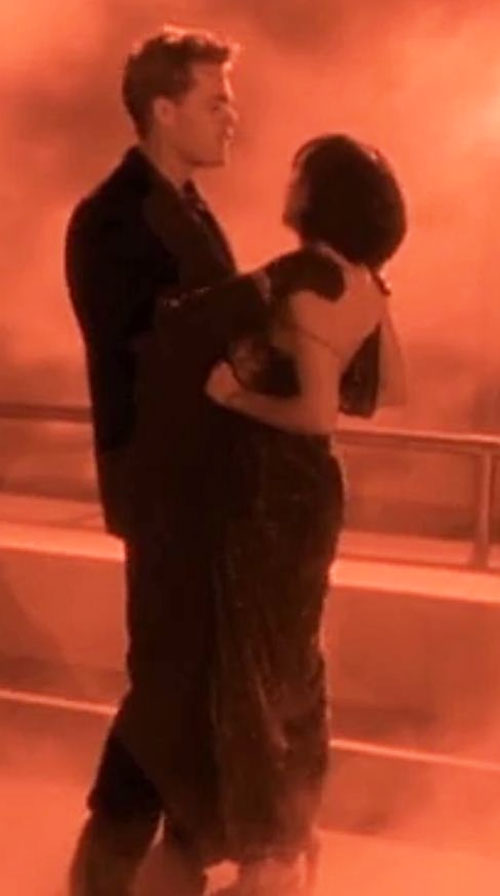 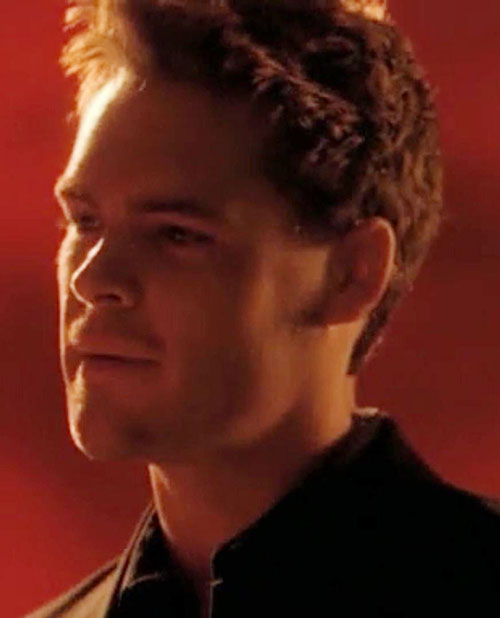 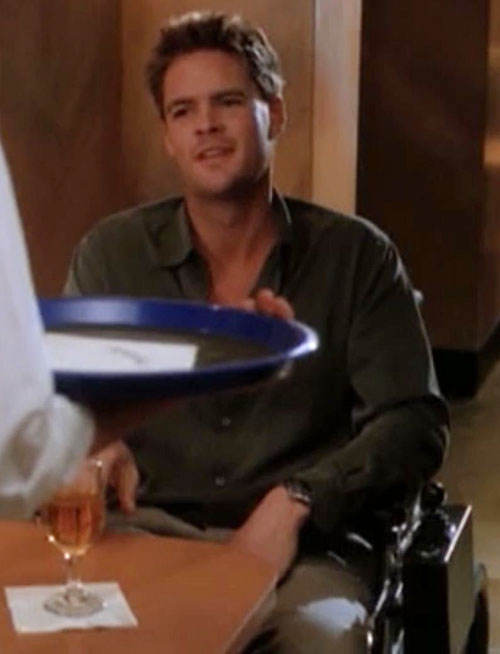