The Demon taking on the role of Inspector Rodriguez is a decent detective and interrogator. He’s thus adept at following leads and extracting information.

His specific demonic abilities allow Rodriguez to hear at a distance better than most listening devices. Being a demon Rodriguez is also very resilient when it comes to physical attacks.

In 1999, the Source sent a demon named Rodriguez. He was to investigate the loss of many demons in the San Francisco area.

Andy Trudeau was an inspector linked to many “freaky” cases. Rodriguez, taking the guise of an internal affairs agent began by seizing several of his files. But Darryl Morris, Andy’s partner took notice.

When Andy began his investigation on the newest “freaky” murder case, Rodriguez guessed he would return for some of the evidence. He was right. Rodriguez and his partner grilled Darryl for two hours before confronting Andy himself.

After failing to coerce Andy into incriminating himself, Andy challenged Rodriguez on what they had against him. Indeed, Rodriguez had nothing conclusive. And thus he had no recourse but to let him go.

Rodriguez and his partner did a great job of tailing Trudeau and gathering more ammunition for their next interrogation. They called him in and began firing hard questions. Andy had no real answers and so lied unsuccessfully.

Rodriguez pulled out all the stops and began threatening Andy, calling him a liar to his face. With no way out, Andy turned over his badge and gun. But he would not reveal the truth about Prue and her sisters.

Again they followed Trudeau. Rodriguez, using his extended hearing ability, overheard whom Andy had been covering for. Prue Halliwell was a witch. With that Rodriguez no longer needed to interrogate Trudeau. Thus, he slew his partner.

The Source became impatient with Rodriguez. So he sent the demonic sorcerer Tempus to aid him. Tempus cast a spell at the end of each day reversing time back to Wednesday morning. Tempus successfully trapped them all in this time loop.

Each time Rodriguez attacked the Charmed Ones and died he would learn. No matter how long it took, repeating this day again and again, he would eventually kill all three sisters. 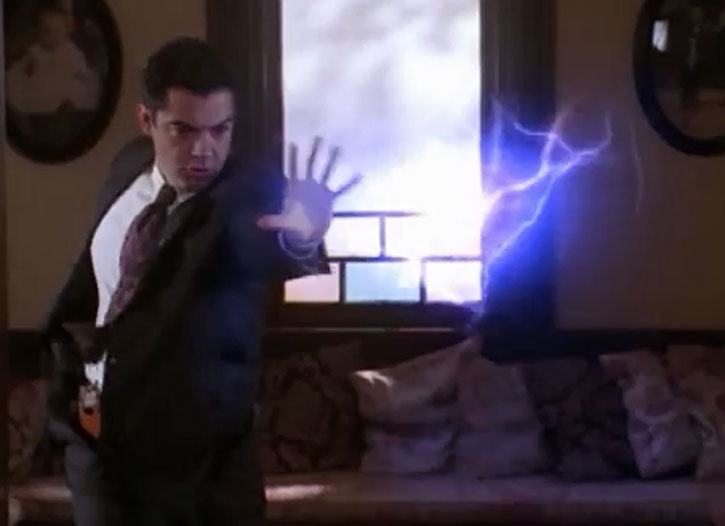 Rodriguez was finally vanquished by Prue Halliwell, who accelerated time past midnight. In a moment of compassion Prue released Rodriguez.

However, he couldn’t stand to let them live, he turned and threw his energy ball toward Prue. She deflected his own energy ball attack back at him, killing him. Rodriguez was defeated, but at the cost of Andy Trudeau’s life.

In his guise as internal affairs Rodriguez wears a badge on his belt as well as his side-arm.

Rodriguez is good at what he does. He is focused and demands respect when working. When things don’t go his way he will become enraged.

“You have no idea how much I can hurt you !”

Andy Trudeau: “Prue I did everything I could to keep Internal Affairs from finding out about you, there’s not much more I can do after today.”
Prue: “Why, what happened ?”
Andy: “I wouldn’t tell them what they wanted to know. I turned in my shield; automatic suspension. Got to hand it to Rodriguez, he’s a pitbull.” 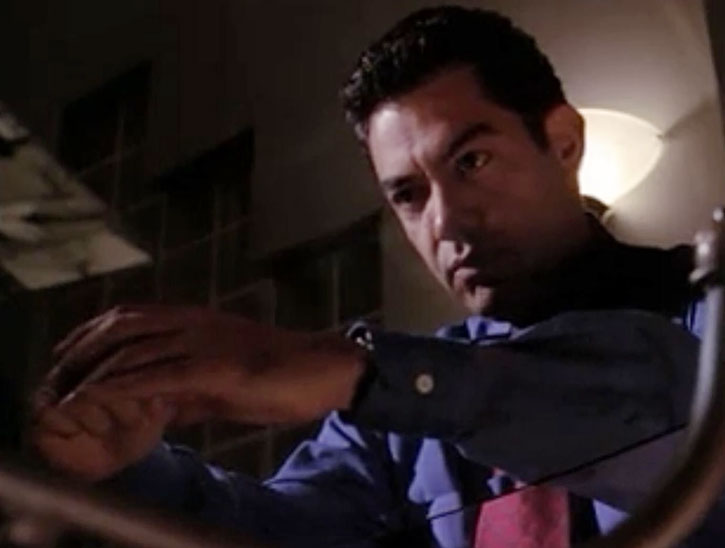 Inspector Anderson: “I can’t get a thing.” (With his listening device)
Rodriguez: “He’s covering up for Prue Halliwell.” (Using Extended Hearing to eavesdrop on Trudeau’s conversation with Morris).
Inspector Anderson: “What ? How the hell did you ?” (Seeing his demon red eyes.)
(Rodriguez screams killing him)

“I can defeat the Charmed Ones on my own, I don’t need any help.”

Inspector Rodriguez can be a tough opponent for street level heroes.

A 411 points Character (without equipment).

Source of Character: The 1999 Charmed TV series; episodes The Power of Two, Love Hurts, and Déjà Vu All Over Again, character played by Carlos Gomez. 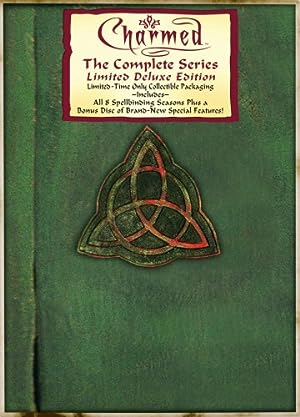 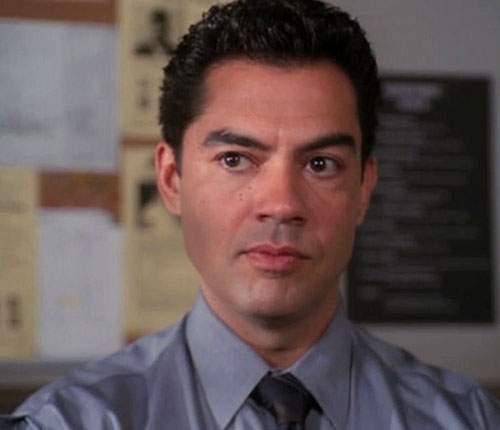 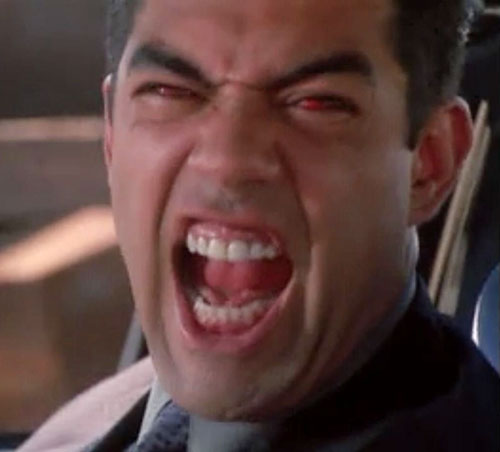 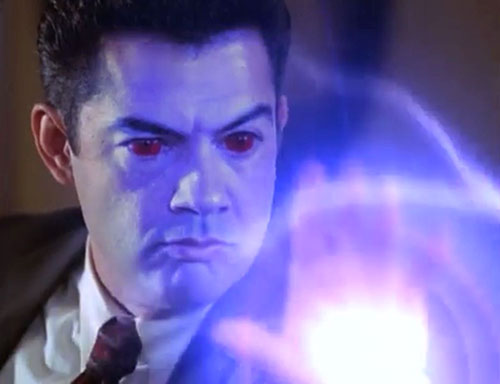