Chen is highly trained in :

She is extremely disciplined and professional. Chen was trained by both an assassins’ guild and Silver Sable International.

She wears light body armour, and her arsenal revolves around her sword and her crossbow. She has some special crossbow bolts issued by Silver Sable International :

Amy Chen was born during the last days of the US invasion of Việt Nam. Her parents were killed by US troops while she was but a toddler, and she was sold in slavery by an Army sergeant. Chen worked hard for a local farmer who kept abusing her, until she snapped. She killed him with a sharpened bamboo peg.

As she stood over the corpse, the girl realised that she liked killing. She kept her tormentor’s ear as a trophy.

Now a drifter, she ended working as a bar hostess in Bangkok in her teens. A local wise guy heard that she was a fierce fighter and a cold-blooded killer. Thus, he recruited her as an assassin. Chen proved an excellent hire, and acquired a rep across South-East Asia.

However, she chafed as she was essentially owned by her guild. Amy eventually took the only way out — she killed them all.

Amy Chen moved to the US to work as a freelancer. It was implied that she had to kill several employers who tried to put her under their thumb. Nevertheless, she was so successful she ended up working for the Foreigner himself. Back then the Foreigner was running the 1400 Club, a major assassins’ guild.

A team of female assassins later splintered from the 1400 Club, and Chen joined them. This was in large part because she was the lover of their leader, Maria. Later on Amy was hired by Silver Sable International, who did not realise that she was a former 1400 Club member. At this point Amy was tired of killing. Thus, becoming more of a bounty hunter suited her.

Amy’s past caught up with her but once, when Maria and her assassins came to claim her back. But Chen and Silver Sable fought them off.

Chen has large black tattoos, chiefly on her back and arms. These seem to be abstract motifs.

Chen is the group’s ninja ice queen. She’s 100% focused on her job and extremely disciplined. Amy only speaks when necessary, and in precise sentences. The lecherous and racist Powell greatly annoyed her, but she remained disciplined. And he eventually improved.

Amy isn’t interested in men, but she has a thing about sexy female authority figures. In particular this manifests as a big silent crush on her boss. “Silent”, since she knows that Silver Sable is straight.

Chen is a merciless killer who even take trophies from kills. She has human fingers and ears on her belt and necklace as mementos of prized kills. Silver Sable will order her not to to go trophy-hunting if the SSI staff operates along allies who might object. Howbeit, she once had to yell at Chen not to maim an ULTIMATUM agent to keep a finger.

(To Powell) “Move your hand away from me or I’ll cut it off and wear it on my belt.”

“He, like us all, has been given a chance to redeem himself from past indiscretions by Ms. Sable. He will come around or he will be let go.”

Criminal gun-toting scientist: “This weapon never misses, sweetie.”
Chen: “I am not sweet. And I never miss, either.” (SLASH !) 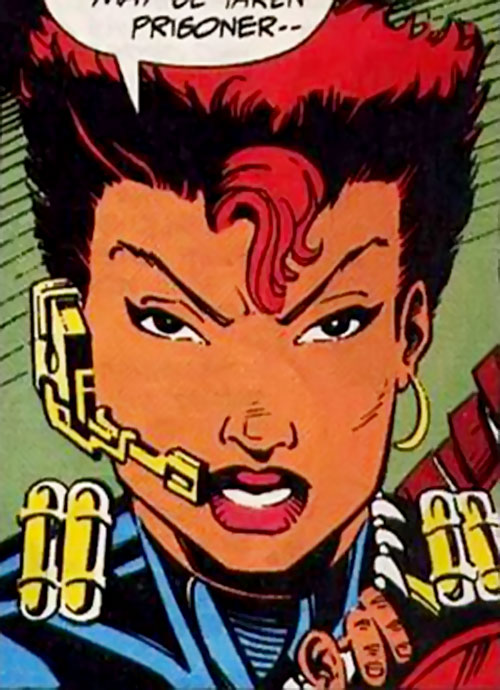 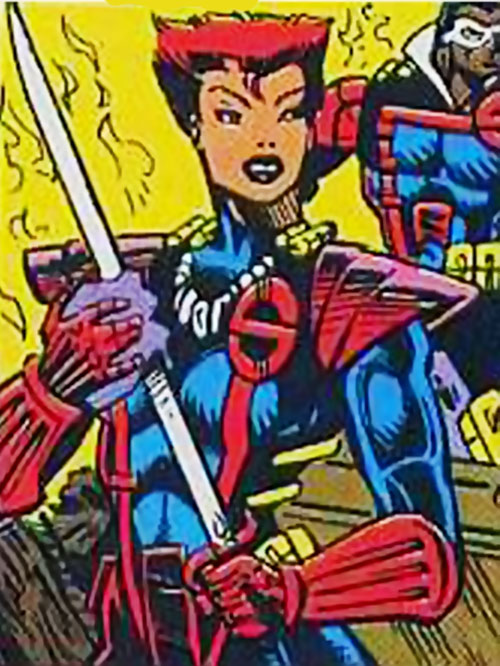 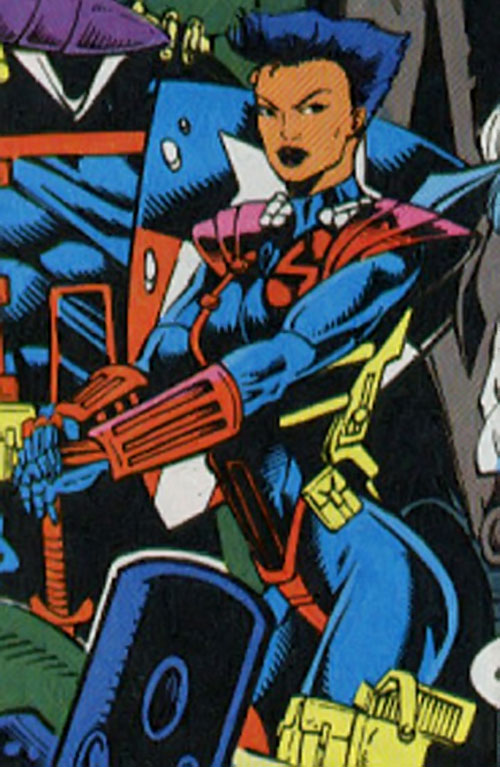 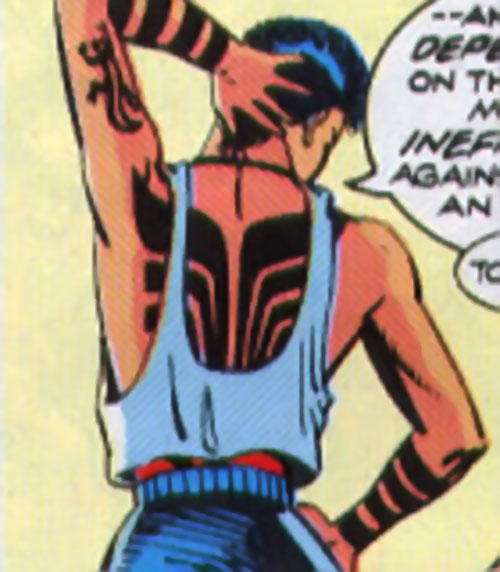 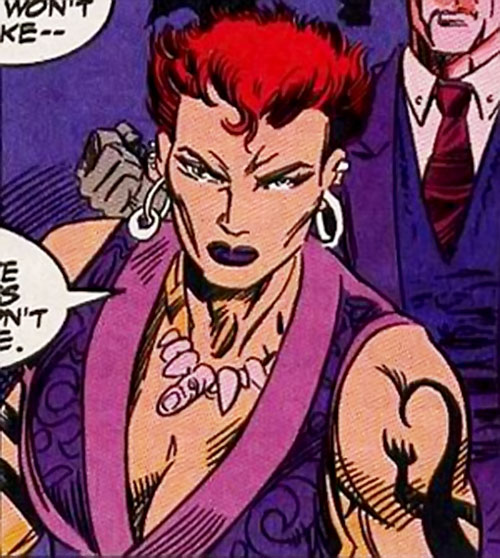