This non-entity only appeared in the first, 1976 story arc of the The Super Friends comic book. This book capitalised on the popular DC-heroes-themed children’s cartoon, which aired from 1973 to 1985.

The Junior Super Criminals consisted of:

What a goober. He wears a purple mask that opens to show his face. The mask extends beyond his neck with a scalloped fringe. He has a red wattle on top of his head. He wears round glasses and has a Penguinesque nose and a weak chin.

His orange long-sleeved shirt extends beyond his waist with a scalloped fringe. He wears purple tights and has orange leggings like the San Diego chicken . And he always carries an umbrella.

“Heh ! They never guessed there was a *radio* in my umbrella !” 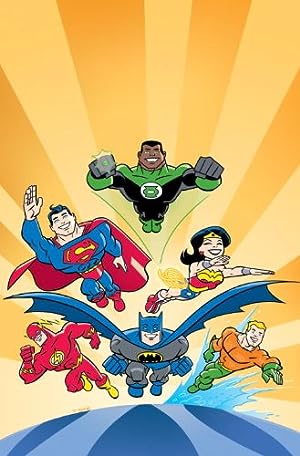