Chief Parker is a moderately athletic policeman. He is capable of keeping up with the common crooks that turn up in Smallville.

Douglas Parker joined the Smallville Police Department shortly before the adoption of Clark Kent. About a year later, Officer Parker was alerted by Clark to the presence of a pair of jewel thieves at an Easter Egg Hunt in which Clark was participating.

By his 6th year on the force, when Superboy first made his existence public, Parker had risen to the position of Chief. He forged a close friendship with the boy of steel as he had with most of Smallville’s law-abiding citizens.

The first time the President called Chief Parker requesting Superboy’s assistance, he happened to be at Police HQ at the time. But shortly after, Superboy created his signal lamp and gave signal devices to both Chief Parker and the President.

Shortly after Clark Kent left Smallville for Metropolis University, Chief Parker retired from the force. At that time, Clark hired him as caretaker to 321 Maple Street, where Clark and his parents had lived for ten years. He still doesn’t know that his employer, Clark Kent, was Superboy and is now Superman.

Chief Parker is a man of moderate build, with a full head of white Hair and a moustache. He is also in good shape as any cop must be, Carl Winslow  notwithstanding.

He rarely appears out of uniform and generally has an amiable expression.

Chief Parker is a typical friendly cop, similar to Andy Taylor . He maintains a close friendship with all of Smallville’s upstanding citizens, and considers Superboy to be one of them. 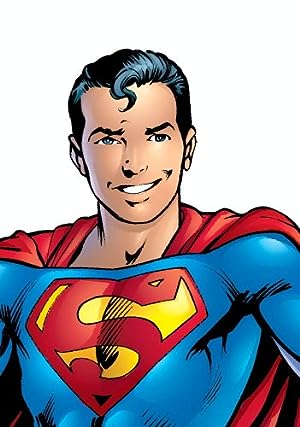 Superboy: The Greatest Team-Ups Ever Told 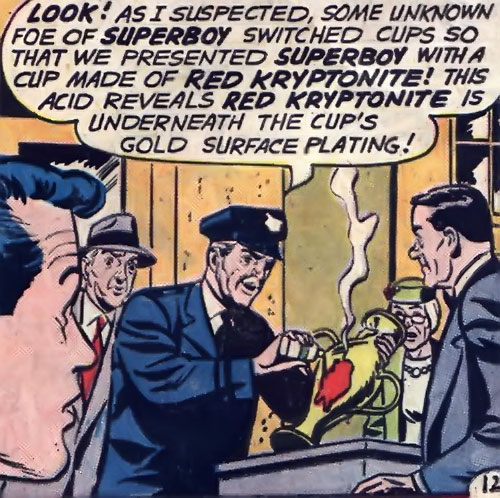 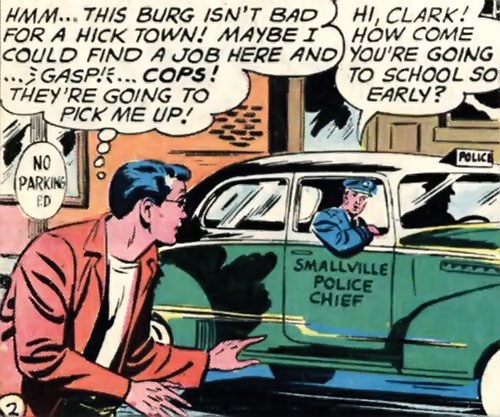