Zen is a young autistic woman who shows uncanny reflexes from a very young age. She is able to catch balls thrown at her without even looking, relying only on her hearing and reflexes.

Zen developed uncanny martial arts skills by watching television, and living next door to a muay thai  academy. At first she replicated the style but she eventually developed her own, unusually acrobatic approach during the movie. The acrobatics mostly come from action movies.

When duplicating fighting techniques, Zen will even mimic the mannerisms of the fighters she’s drawing from.

Due to her handicap, she has to be given directions by Mike. She would likely be lost without him.

Thailand, in the year 2008. Masashi, a member of the Japanese Yakuza, loved things containing imperfection. Imperfections sparked his curiosity to seek answers. The quest to find the cause for these imperfections is an electrifying, exhilarating, journey full of excitement.

Masashi’s rival, a Thai called No. 8, had a beautiful young woman in his employ named Zin, who quickly caught Masashi’s attention. Zin had a scar across her left eyebrow. This intrigued him and Masashi had to know more about her.

She was deadly with her skills, perfect in every way, except for the scar. Masashi fell in love with Zin, who continued to work for No. 8 and live her forbidden love on the side.

One night, No. 8 angrily attacked the Yakuza at an outdoor restaurant. Masashi was among the men being shot at but Zin knocked No. 8’s arm down to save Masashi’s life. Zin left with Masashi, revealing her love for him. Enraged, No. 8 shot his own toe off to make a point that he was sparing Masashi because of her. 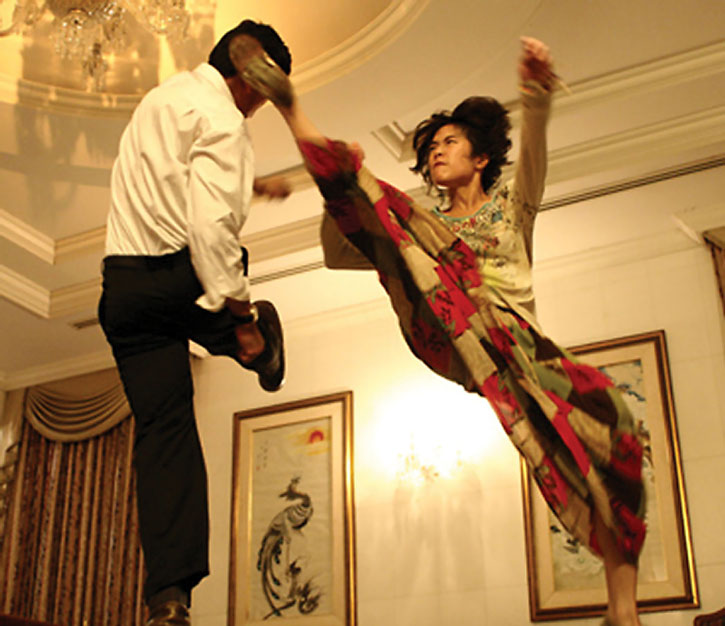 The next morning, Zin requested that Masashi go back to Japan as they could no longer be together safely. Masashi begrudgingly left.

Not long after that, Zin found herself pregnant. She secretly moved to a new place to get away from No. 8. She gave birth to a daughter named Zen, who turned out to be autistic and in need of lifelong special care. Zin wrote to Masashi to tell him about his daughter, but No. 8 had been keeping tabs on her and learned about it.

Furious over her betrayal, No. 8 visited Zin and cuts off her big toe to remind her she was forbidden from seeing Masashi.

The art of eight limbs

Zin is thus forced to move again, this time to a house shared with a muay thai kickboxing school. Her daughter Zen becomes infatuated with martial arts and begins mimicking the moves she sees at the school and on television, such as Bruce Lee movies. 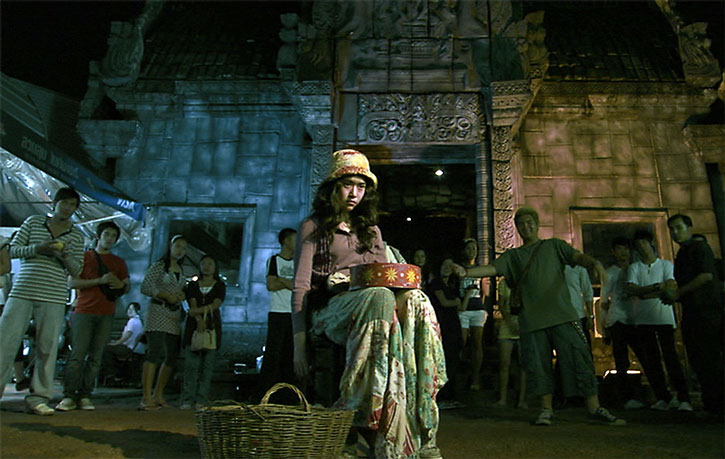 One day while returning home from work, Zen sees Mike, an orphaned urchin, being picked on in an alleyway. Zen feels sorry for his plight and takes him in, rescuing him from a life on the street.

Zin then falls ill with cancer, but cannot pay for treatments. Zen and Mike decide to work as street performers to make money, with an act where the audience throws balls at a seated Zen, who catches them all with incredible speed and skill. Unfortunately, they are not able to earn enough to keep up with the treatments.

One day, Mike discovers a list of debtors in an old notebook, from the days when Zin was a leg-breaker working for No. 8.

Mike doesn’t realize what this means about Zin’s past. All he sees is there are lots of people who owe aunt Zin money, and he and Zen naïvely decide to collect on the debts. This leads to confrontations with various criminals — and eventually to Zen clashing with an organized crime ring.

Zen is a Thai girl of small build. She normally wears plain long-sleeved shirts and ankle-length dresses, with floral patterns. When she is dressing for something special like a day out with her mother, she wears layered short-sleeve shirts and Capri pants. 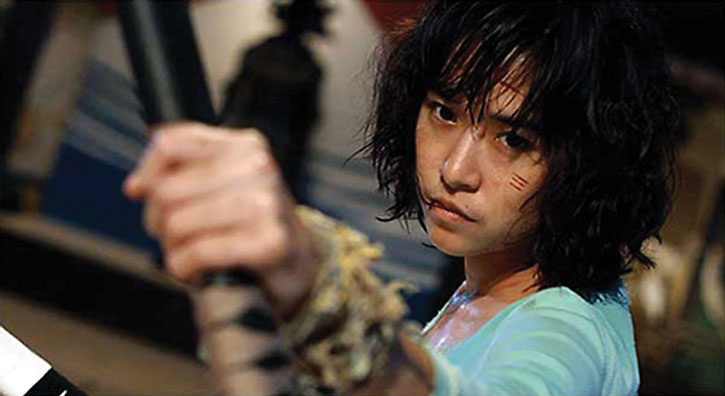 When going to collect money she wore loose clothes that are tied off just below her knees for flexibility. She is nearly always barefoot at home – but wears plain white shoes outside. Her left arm has several braided cloth bands on it.

Her mother keeps Zen’s bangs cut straight above her eyes. The rest of her hair is a little unkempt as she doesn’t take care of it herself. Her mother’s hair started falling out because of cancer treatments. Zen eventually cut her own hair to shoulder length — this was her way of expressing the pain and frustration she was feeling.

Zen is a special needs person – she’s autistic. She is very distant and quiet, and will sit and stare without any emotion. There are few things that can cause a reaction from her. Her fear of flies of course, but more than that her love for her mother.

She likes to play with her mother’s hair, something she has done since infancy, so it was devastating to her when Zin started losing her hair due to the chemo treatments. 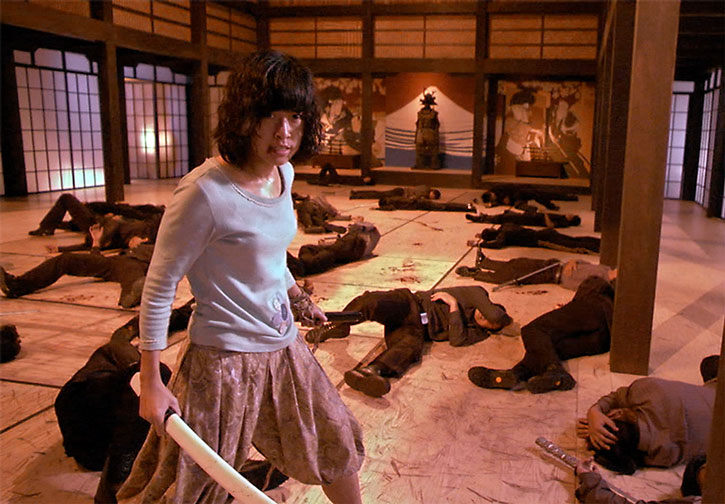 When Zen becomes frustrated or excited she will scream, flail about with her arms, or cry out and slap herself in the head.

Zen’s favorite snack is M&M’s and she will sit and bounce them off of things and into her mouth, demonstrating her extreme reflexes.

Zen has the mind of a child and may never understand many things. Mike leads her around by the hand wherever they go. She will need adult supervision and care during her entire life.

(Mike is bandaging Zen’s hand after she caught a knife that was thrown at her head.)
Mike “You ok ?”
Zen “I’m okay.” (signs OK)
Mike “Alright, next time remember not everything can be caught with your hands, ok ? Let’s do this, if they cannot be caught I’ll yell, what do you say ? Huh ?”
(Flies begin buzzing around and Zen cries covering her head. Mike swats them away with his hands)
Mike “They’re all gone, it’s ok, they’re all gone. Let’s do this, next time if it’s dangerous, I’ll yell “flies !” Okay ?”
Zen “Okay.” (signs ok)

(the first time Mike and Zen go to collect money and are thrown out)
Mike: “That guy’s an idiot. What was auntie Zin doing with these guys ? A bunch of thieves.” (pause) “You know Zen, these people owe your mom money. If we can’t get them to pay, your mom will go to the hospital.”
Zen: “Mom in hospital ?..”
Mike: “This is a lot of money Zen.”
Zen: “A lot.”

(Rocking silently and staring off into space)

Without a figure like Mike or her mother, Zen could easily be used as a weapon by a villain.

Bonuses and Limitations:
At the GM’s discretion, Zen may also copy Physical advantages such as the Unpredictable Style Schtick used by Thomas against her and the Paired Swords Schtick from her father. It costs Zen 02 APs of her Photographic Reflexes Power to Adapt an advantage. Zen may only adapt one Advantage at a time in this manner.

Bonuses and Limitations:
Martial Artist is Contingent Upon Photographic Reflexes. 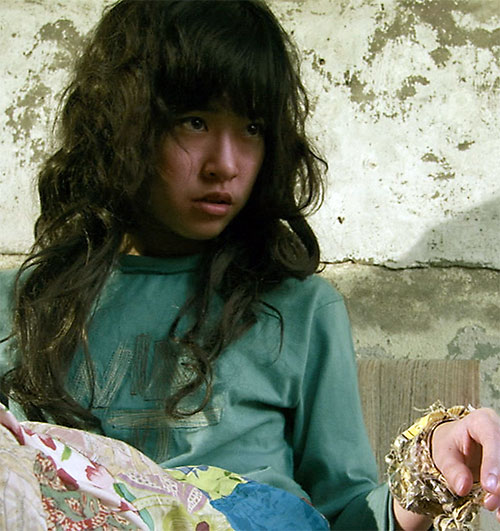 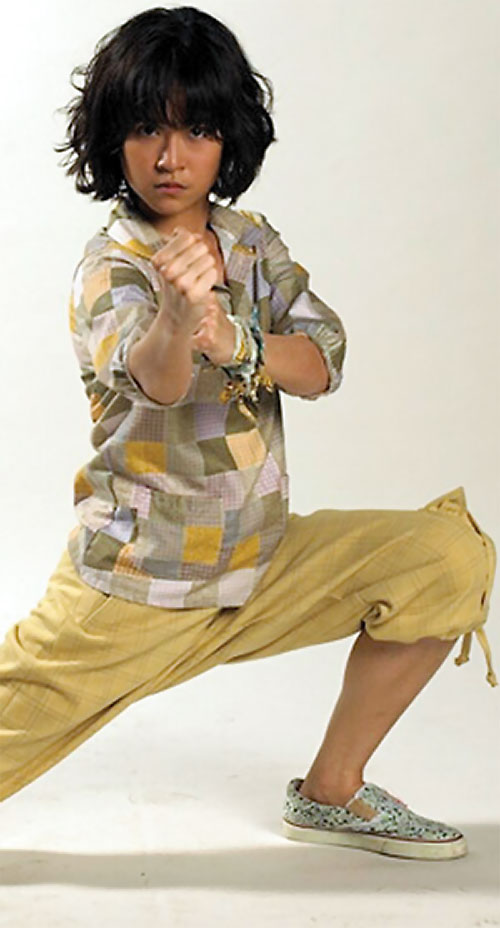 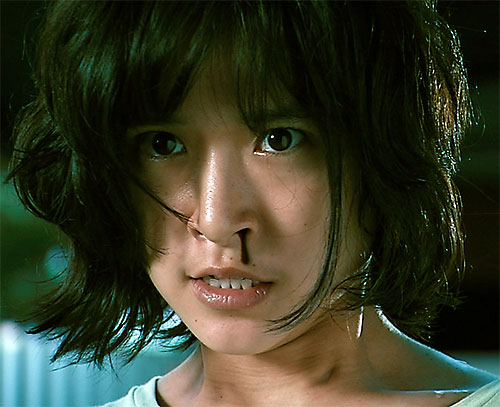 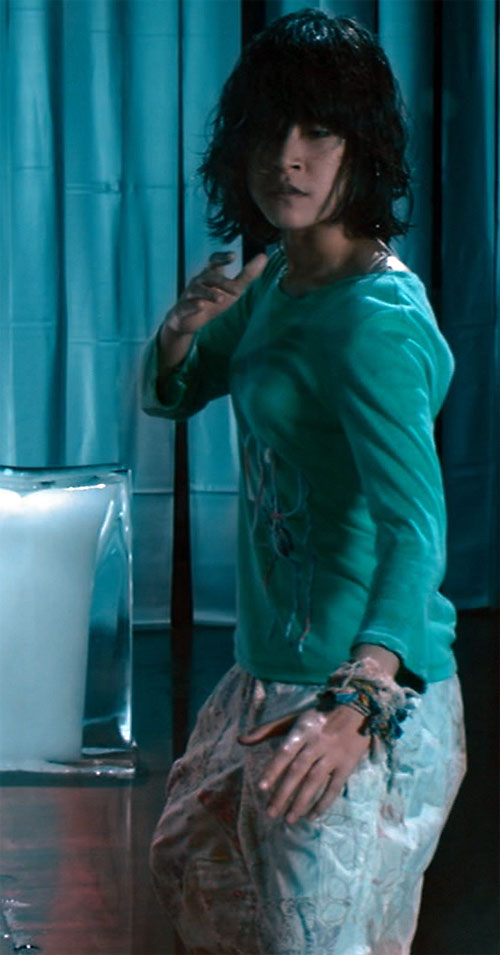 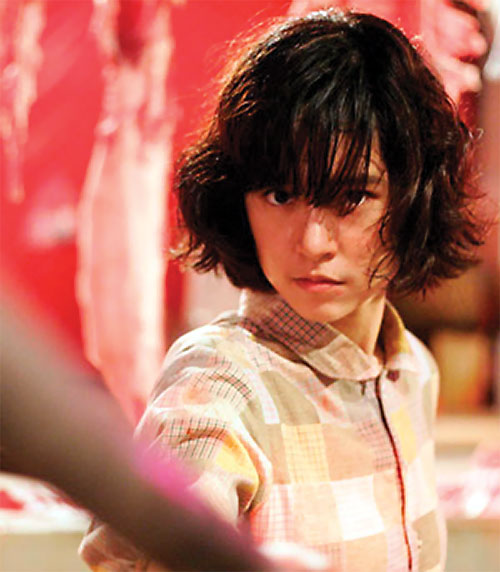