Benoit possesses minor superhuman strength and endurance, as well as the ability to heal at an enhanced rate. He can augment both by using his ability to increase the density of his already thick body.

He is also capable of jumping large distances. he uses this ability to assist in slamming his opponents into the ground from great heights as well as in delivering his “diving headbutt”.

Benoit can also clear his mind in a manner which makes mind probing him extremely difficult.

Benoit makes frequent use of the Limb Injury rules listed below, especially with his “Crippler Crossface” submission maneuver. It does extensive damage to an opponent’s shoulder while causing pain in the face and neck.

He also relies heavily on:

Chris Benoit was born in Edmonton, Alberta, Canada. He grew up idolizing the “Dynamite Kid” Tom Billington. Benoit met Billington as a teenager and his life changed forever. He patterned himself after Dynamite in almost every way.

He trained with some associates of Billingtons in Canada. Benoit eventually followed in the Dynamite Kid’s footsteps, entering the world of professional fighting. He even had the opportunity to train with Billington for several months, and the two have kept in touch over the years.

By his mid-twenties, he had made a huge name for himself in both Canada and Japan. Yet decided that mercenary work might pay better. He donned a mask, took the name “Pegasus Kid” and began working in 1992 with the costumed Japanese hero, Jushin “Thunder” Liger. They worked as partners for about a year.

A disagreement caused them to part ways. When they next met, Benoit was working on the other side of the law. He associated with the second man to work in the Japanese crime scene as “Black Tiger”, an American named Eddy Guerrero. Together with Dean Malenko, they formed “The Unholy Trinity” and raised hell throughout the Pacific Rim.

They often fought with Liger and his new partner, El Samurai. Liger unmasked Benoit publicly (they never revealed their faces to each other during their partnership). As a consequence, Benoit began using his real name (although the moniker “Wild Pegasus” was sometimes applied to him by the Japanese media).

The “Trinity” split when Guerrero was called back to his home town of El Paso, Texas to deal with a family emergency. While there, he was publicly unmasked and began to team with his childhood friend, “The Love Machine”, Art Barr as “El Gringos Loco”. Barr died of unknown causes within two years.

After the dissolution of the Unholy Trinity, Benoit and Malenko returned to North America. Operating out of the Philadelphia area, they became feared mob enforcers.

Unlike many mob employees, they were able to break out on their own. Teaming up with Pittsburgh native “The Franchise” Shane Douglas, the two formed “Triple Threat”. When their former mob employer tried to make an example of the wayward Benoit and Malenko, Triple Threat put the mob boss out of business permanently.

Douglas introduced Benoit and Malenko to Paul E. Dangerously and his “Dangerous Alliance”. It was an NSA financed training/black ops organization that helped them fine tune their skills and the use of their powers.

When Douglas was injured with a compound fracture of the right arm and Malenko returned to Japan for some freelance work, Benoit used his connection to Dangerously to meet with Arn Anderson.

Anderson took a liking to Benoit and brought him in to fill an open slot in the Four Horsemen. When Malenko returned from Japan, Benoit brought him in as a replacement for the enthusiastic but incompetent Steve McMichael.

Benoit has taken Arn’s old position in the field as “The Enforcer”. This is because age and injuries have forced Anderson into a more behind-the-scenes role with the Horsemen.

Benoit is extremely muscular and has overdeveloped traps and triceps. He is missing one tooth and is usually unshaven.

Benoit is perhaps the only Horseman that is more no-nonsense than Arn Anderson. He is brutal in combat, and only occasionally warm in personal conversation.

He has a tendency to snap in combat and cause severe and often permanent damage to his enemies, even when it is not necessary. He is intent on proving his worth and expertise.

Like his Horsemen teammates, he is fully capable of backing up any claims he makes regarding his skills. 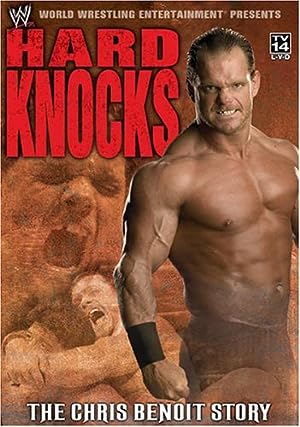 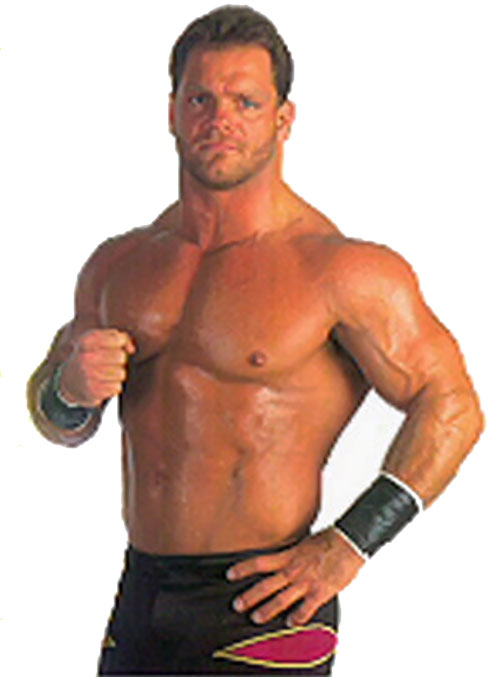