Chrome was a transmuter. However, most of his transmutations required too much effort to be used with any regularity. Therefore he concentrated on some simple ones.

He could partially transmute others into metals, either to increase their durability and strength (as he did with Delgado) or to turn them into chrome statues (or simply coat them in a layer of flexible chrome).

He could also turn the air behind him into a propellant gas, causing him to fly. That was like a weaker version of Cannonball.

I assumed that Chrome was the one manning the guns on the space shuttle, but it’s a blind guess.

Along with a small group of mutants lead by Fabian and Anne-Marie Cortez, Allen “Chrome” Yuricic was trained in S.H.I.E.L.D. and military procedures. They managed to commandeer a S.H.I.E.L.D. space shuttle in a desperate bid to find Magneto. The Master of Magnetism was then retired on his orbital base, Asteroid M.

The Cortez team managed to reach Magneto and to convince him to take up the mutant cause again. The small group around the Cortez siblings became the first Acolytes of Magneto.

Chrome fought along the Acolytes and against the X-Men twice, in Genosha and later on Asteroid M. A short time after that second battle, Asteroid M was destroyed and plunged into the atmosphere, disintegrating.

Chrome was reported dead in the catastrophe. He apparently sacrificed himself to allow Magneto to survive the crash by creating a protective shell around him.

A vaguely flippant, but highly devoted to Magneto, guy. He considers him to be his messiah, basically.

“I’ve altered your molecular structure, Delgado, to make it virtually as dense as adamantium . For what you lose in speed and agility, you’ll more than make up for in strength.”

Drawbacks:
SIA toward the Cause.

With the presence of Fabian Cortez, there is no reason to assume high APs for any of the early Acolytes, including Chrome. There is no reason why Fabian would pass on enhancing their powers with his 8 APs of Enchantment.

During their main appearance, Cortez boosted Chrome’s Petrification to 15. This allowed Chrome to take out X-Men such as Rogue in one shot.

Reach out and touch someone

This writeup employs a DCH mailing list convention that is not in general usage — he can use what is normally a Self Power (Density Increase) with a Range.

Note the subtle difference between doing so and having Useable On Others, which give the recipient full control of the Power. Here the person who trigger and controls the Density Increase Power is Chrome, not the recipient. 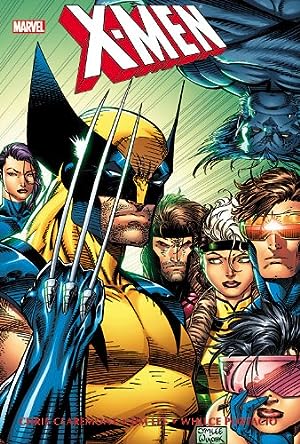