Chthon was a unique servitor, a lesser Elder God that Shub-Niggurath had enslaved. He could hurl explosive clumps of molten rock and withstand extreme heat.

Chthon was highly accurate with his blasts of molten rock. These tracked Ranger, requiring some work to dodge them.

Chthon was the end boss, and defeating him allowed Ranged to end the slipgates threat.

Chthon looks like a sleeker (but MUCH larger) version of the molten-rock Excalbians from the original Star Trek episode The Savage Curtain (the one with Abraham Lincoln).

Well, with the addition of a purple-toothed mouth that opened vertically instead of horizontally.

Any malevolent mystical entity could seize control of a S.T.A.R. Labs teleportation experiment. These beasts would haunt the invader’s dimension in great numbers, posing a great threat to unwary PCs. 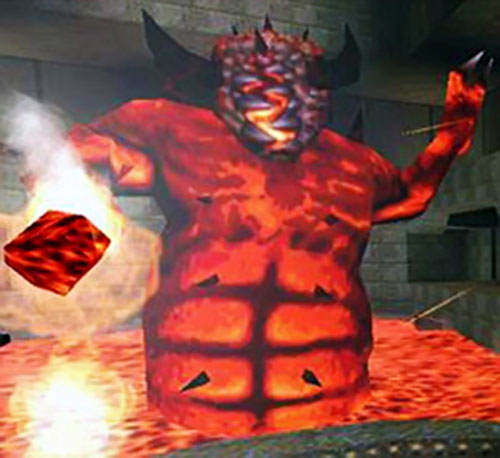