Ghoul is one of the Jokerz, a colourful Gotham street gang. These guys appeared in Batman Beyond. This well-regarded 1999-2001 animated series took place in a possible future of the animated DC Universe.

Plus, he’s a fat guy in a pink tutu. Do we really need more context ? He’s also the heavy weapons enforcer type and every gang needs one of those.

Other than that he’s fairly level headed and knows when to fight and when to run and was able to employ halfway decent strategies in confronting Batman.

The Jokerz have no connection to the criminal master mind The Joker who terrorized Gotham City in an era gone by. The on exception is the Dee Dee twins, who don’t seem to be aware just how close to the original they are. It seems highly likely that they merely grew out of the mythos that the original laughing man had created.

Chucko was one of the few members to be recognized as elite, most likely because of his heavy weapons skills. He’s also a lot more level headed about approaching a lot of the crimes they pull.

The man who laughs

The original Joker then came back to haunt Gotham City decades after his alleged death. He saw these foolish and impressionable thugs as easy recruits. He sent them on a series of thefts to steal the technology he needed to “once again give this town a wedgy.”

The thefts proceeded smoothly at first. At least until the new Batman got wise to what was going on. When the Jokerz showed up to steal more technology Batman was waiting for them. After a brief scuffle the Jokers attempted to make their getaway with the stolen goods.

Batman pursued them. After goading Bonk into taking some rash actions and Dee Dee’s twin sister falling off the levi-lift Chucko was unable to save control the craft and it crashed. Chucko managed to save the mother board before it self destructed.

Later on, while the Joker and the rest of the gang were distracting both the Batmen of new and old, Ghoul and Chucko were able to make off with the tech they needed to complete the Joker’s ultimate weapon.

After that the Joker sent them to help help silence Price, who had been the Jokerz silent accomplice in the previous heist. But Batman showed up at the last moment. He saved Price before turning him over to the police.

A lot happened after that. But when it came down to the final showdown with Batman Chucko managed to shoot down the Batmobile with a rocket launcher. But Chucko was knocked out along with the smoke stack he was standing on, sending him crashing down on a nearby crate.

In an alternate future Chucko was shown to be among Chronos’s thugs. He no longer had legs – they had been replaced with a cybernetic circus ball of sorts.

He seemed fairly effective going one on one with Wonder Woman. But after the Justice League retreated it was revealed that Chucko had tipped Batman off to their plans in exchange for some creds.

Chronos of course found out with his time manipulations powers. He decided to punish him by sending him back to the time of the dinosaurs, just before a giant meteor struck.

Chucko dresses in a skintight pink spandex outfit with black boots and a clown mask that he never takes off. But he’s quite overweight, so his getup doesn’t exactly look flattering. His head is also shaved.

One surmises that Chucko isn’t much of a looker underneath his costume.

Chucko is in it for the kicks and the chance to make some money. He’s a lot smarter than most of his teammates, and prefers to rely on superior firepower to win the battle.

Despite his outrageous getup and the company he keeps Chucko is somewhat level head. Perhaps he joined because his looks underneath his mask made him into a bit of a social misfit and he wanted to be accepted. That and he appears fairly competent with heavy weaponry which suggests some sort of military training.

The Jokerz could be dropped whole cloth into modern Gotham, obviously as Bat foes. The Joker, like most criminal masterminds, has been known to employ henchmen to assist him with his exploits. Why not just use the Joker’s as a set to keep with his whole clown motif ?

Bonk: “I hate ripping this heavy junk. Gimme cash cards any day !”
Chucko: “Zip it, Bonk ! The plan is get in and get out fast.”

“Dunno why the boss wants a twip like you outta the way, by hey, as long as it’s fun.”

Price: “You got the equipment you wanted. I gave you the security codes you wanted so you could ransack the lab, and those bunglers tried to kill Wayne.”
Chucko: “Word is Wayne’s terminal anyway.”
Dee Dee 1: “That means you get to stay top dog.”
Dee Dee 2: “And everyone’s happy.”
Price: “So why’re you here ?”
Chucko: “The big guy who originally put us all in contact has decided that you’re a loose end.”
Ghoul: “And loose ends should be tied up.”

Bonuses and Limitations:
This ability comes from the fact that his lower body has been replaced with a sort of ball type wheel.

Drawbacks:
Creepy Appearance, CPR (no lower half, although the cybernetics do make up for this).

Equipment:
Dual-Length Lightsaber [BODY 05, Laser Beam: 10; Bonus: Laser Beam can be used to Block energy attacks as if it were a solid object with BODY APs equal to Laser Beam (+2FC); Limitations: Laser Beam has No AV, No Range, and cannot be reflected by mirrors (-2FC), users suffer a +1CS penalty to OV of all actions using their DLL while on the second setting, unless they have at least 2 APs of Growth (-5 pts.); 54 points, R#2]. Further Bonus include a combined attack with Lightning: 09. Even if the person being attacked performs a successful block maneuver they still take damage from lightning. 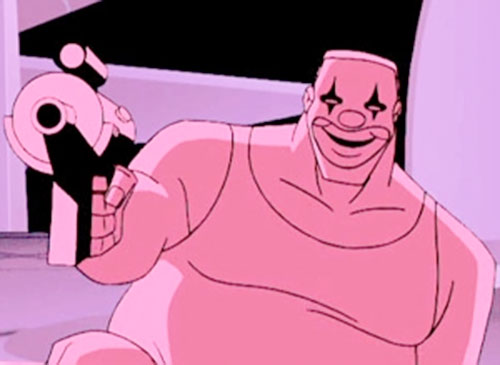 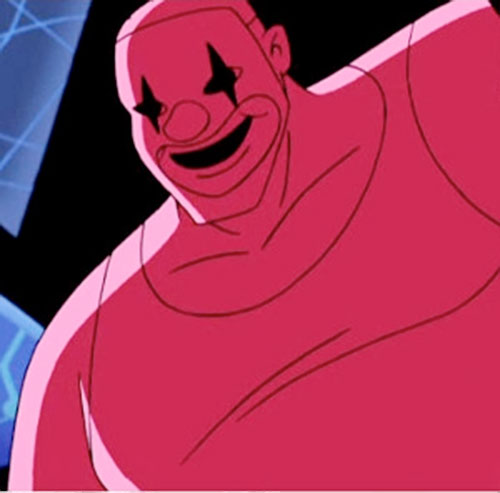