C.H.U.D. is a minor, 1984 horror movie. Its diner scene has an early appearance by John Goodman.

C.H.U.D. is an example of the nuclear-waste-origin monster that was prevalent in the 1980’s. As such, Chuds provide us with a good example of killer zombie-ish creatures.

I didn’t realize there was a C.H.U.D. 2 film and this profile may or may not represent the cannibals from that film. From what I read in reviews it appears C.H.U.D. 2 was presented as a comedy instead of a serious sequel.

“There’s every indication this once was human. It’s dressed in the rags of a Bowery bum.”

Humanoid in appearance, the C.H.U.D. were once humans. The toxic waste has given them a huge gain in physical strength and endurance, though, at a cost. The humans lose their intelligence and become cannibalistic beasts.

C.H.U.D. proved to be very resilient. They even shrugged off multiple attacks from flame throwers.

C.H.U.D. have powerful bodies with sharp claws and teeth. They are incredibly stealthy and can see in total darkness with their large, luminous eyes. C.H.U.D. are experts as ambush predators waiting patiently for someone to happen upon them.

Their diet is exclusively humans. When no prey comes along they will move further out in search of food but always come back to the main group below ground.

The C.H.U.D. are radioactive and can be detected with a Geiger counter .

The homeless of New York made their homes wherever they could. Some made their home in the labyrinth of sewers and subway tunnels underground. Unfortunately, the Nuclear Regulatory Commission had used the sewers as a dumping ground for toxic nuclear waste.

This incidentally was an acronym the N.R.C. initially used for: Contamination Hazard Urban Disposal. 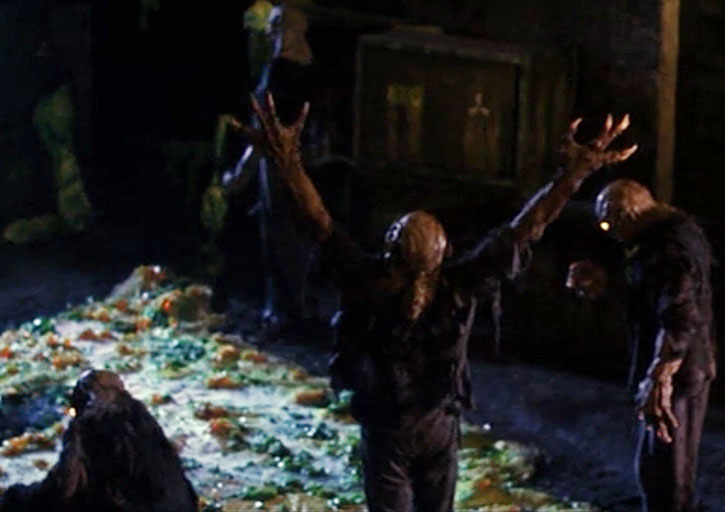 The creatures remained underground killing anyone who entered their territory. They only made stealthy attacks above ground at night. When in their underground lair the C.H.U.D. will gather and linger together moving slowly or standing silently until stimulated by some sound or movement. They move about silently in search of prey when hungry.

The C.H.U.D. became more aggressive and bold when their food source moved out of the sewers. Eventually, the creatures attacked an all-night diner. They killed everyone inside including two police officers. It was discovered that C.H.U.D. may be slain through asphyxiation. All the sewers were filled with gas in a desperate attempt to finish the beasts!

They are monstrous humanoids with large claws and sharp teeth. Their eyes are large yellow orbs.

Not much. These creatures will stealthily hunt their prey and once captured ravenously devour it.

This group of “mutants” could draw some negative attention for the Morlocks.

The X-Men could become involved checking with the Morlocks to learn what is going on. I could also imagine the Morlocks going to find out who this new group is.

Like the many zombie stories, the C.H.U.D. add to their population by biting human victims. The radiation from their bite poisons the human body and mind. The human becomes more monstrous in their body and lose their humanity. Humans may also change simply by being in the vicinity of toxic waste.

Poison Touch makes two attacks against a bite victim, or anyone who spends at least a week near the toxic waste, every 15 APs of time. The attacks are against Body/Body and Mind/Mind. APs of Poison Touch act as AV/EV.

The Claws power at 05 APs sets it equal to the C.H.U.D. STR score. Some may ask why even add the power if they are the same EV? I wanted to give them the Claws power for two reasons.

In the film the creature’s claws don’t seem any more or less effective than the creature’s brute strength. So, there is no note about AP adding Str to Claws for a claws/teeth attack. 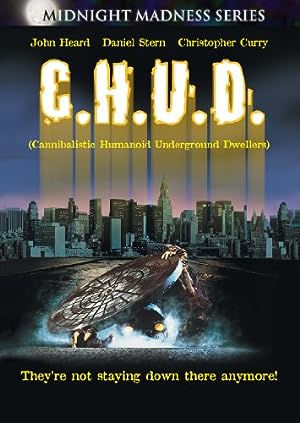 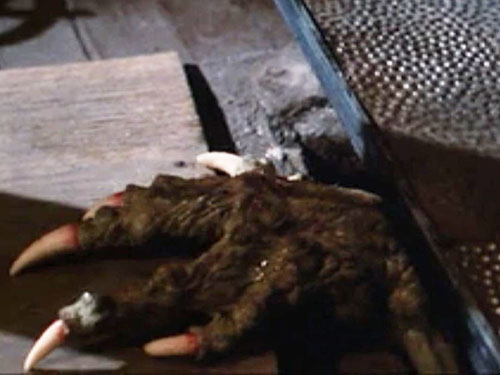 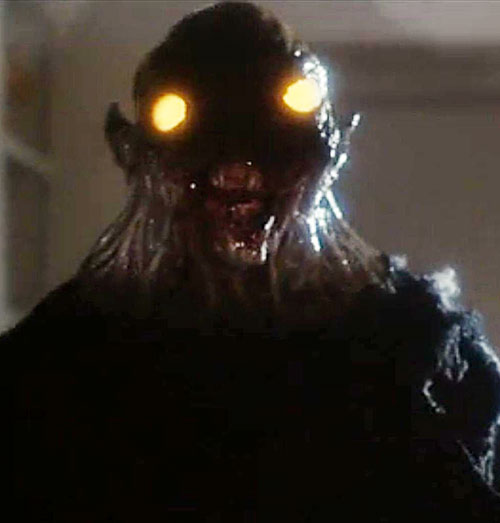 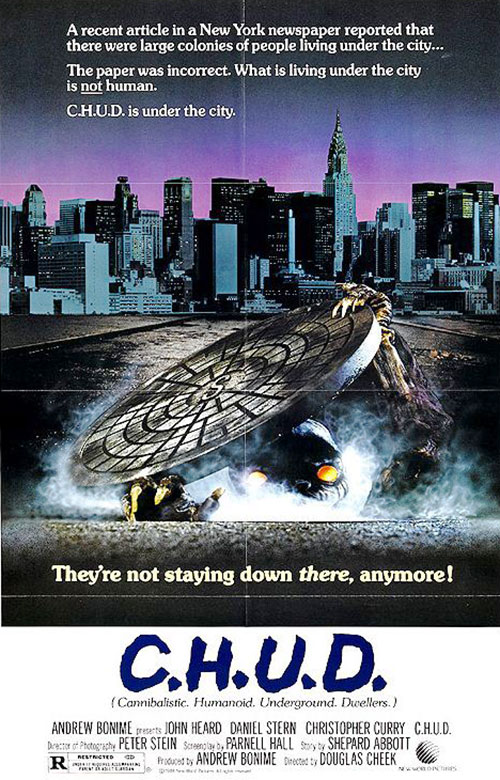 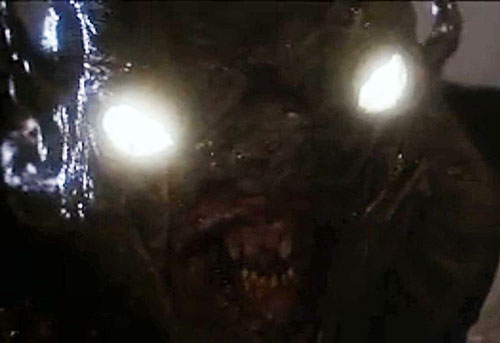