I suppose I should blame TORG nostalgia for that one…

Chufru is an obscure one. He only appears in one issue of Peacemaker (from Charlton Comics, before they were bought by DC), which wasn’t actually published. But heh, I was covering the 1960s Peacemaker material, and he did look like a useful, super-pulps-ish villain.

The Golden Pharaoh is a technical and managerial genius with great charisma. He built up a major criminal army with advanced weapons and vehicles in record time.

Chufru has access to a significant military force, led by one General El-Khaf. These guys, perhaps a company strong, are shock troops. They are equipped with automatic weaponry looking a bit like BARs, with the same stats as a modern assault rifle.

Each man has access to a sky-cycle (some equipped with machineguns). They seem to have a number of advanced knockout gasses and explosives to take out conventional troops with.

These disciplined, competent troops can be ferried around via jet fighter-like aircraft. One plane presumably carries two or three troopers and their sky-cycle. They also are fully trained in the tech employed by the Golden Pharaoh. All their vehicles, weapons and uniforms are adorned with an eye of Ra.

The Pharaoh also has hundreds if not thousands of peons. But these are not proficient fighters.

The Golden Pharaoh claims to be a reincarnation of the historical Chufru of the Old Kingdom  (2580 B.C.). He alleges that he has come back to rule Africa and then the world in the name of Ra. Though most people assume that he’s insane, the validity of his claims does not seem to have been rigorously tested.

He arose to prominence during the 1960s, in unchronicled circumstances. Operating from a secret base styled after Ancient Egypt, deep in the desert, the Pharaoh had thousands under his orders. He equipped his troops with such contraptions as sky-cycles, nerve gas and laser cannons – all apparently of his own design.

In 1967, Chufru launched his major plan, hyperbolically described as the theft of all the gold in the world. By raiding numerous banks and national reserves (up to and including Fort Knox), the Pharaoh’s troops took thousands of tons of gold back to their base. They left many corpses behind – their technology, discipline and tactics enabled them to roll over the opposition.

The Peacemaker was present in the Urals when Chufru’s men raided a Soviet gold reserve. Despite this opposition the Pharaoh’s operation was largely a success.

With the help of his secretary Nora O’Rourke, the Peacemaker realised that there was an attempt to procure most of the gold in the world by any means necessary. This feat as similar to the one attributed to the historical Chufru.

The Peacemaker left to fly a very high altitude reconnaissance mission over North Africa. But as soon as he left the Pharaoh’s men infiltrated his base, captured O’Rourke and blew everything up.

The Peacemaker was also captured by the Pharaoh’s army. Of course, Chufru then showed him his base, which laid below a massive pyramid made of pure gold.

It soon became evident that Chufru’s plan was to trigger a nuclear war using his own nuclear warheads, and let the massive gold pyramid protect his underground base against all radiation. He would then emerge at some later point and rule the world under the trappings of the Old Kingdom.

Peacemaker escaped and thrashed the entire base, and O’Rourke escaped from her would-be jailers. The end.

Bombastic megalomaniac with a fixation about Ancient Egypt. His plans have all the usual flaws. Keeping his opponent alive to narrate his plans to, deciding to personally challenge the hero with his bare fists, not disarming his foe, having an oddly vulnerable base with appalling security, etc.). In this way, the story can be told within a single issue.

“I know the Peacemaker’s jet carries the most sophisticated weapons systems in the world… but he is about to be eradicated by the oldest and most powerful force in the universe ! Order the [solar] reflectors to stand ready !”

“Chufru, the Sunking, did not err like an ordinary mortal ! Who thinks that dies ! This Peacemaker behaved illogically by assisting a nation with which he is usually in conflict !”

Equipment:
He had a holstered pistol of an unknown type. Chufru’s employed advanced gasses – Knockout gas: 07 extending over large areas. 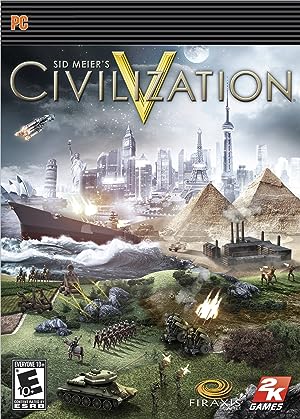 Civilization video games so you too can pharaoh 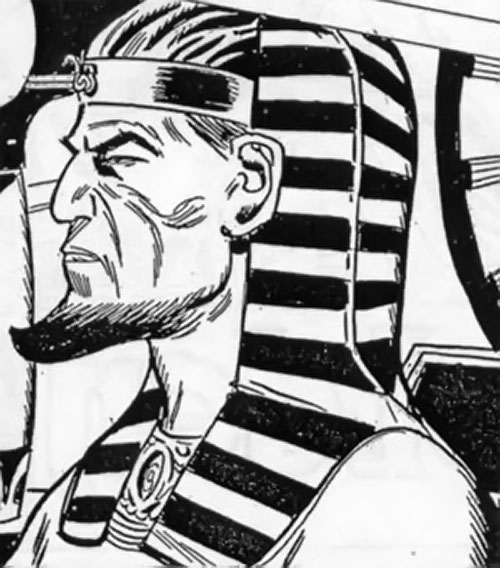 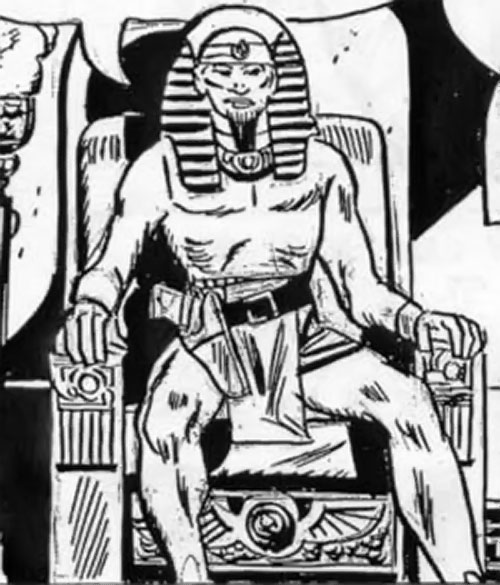 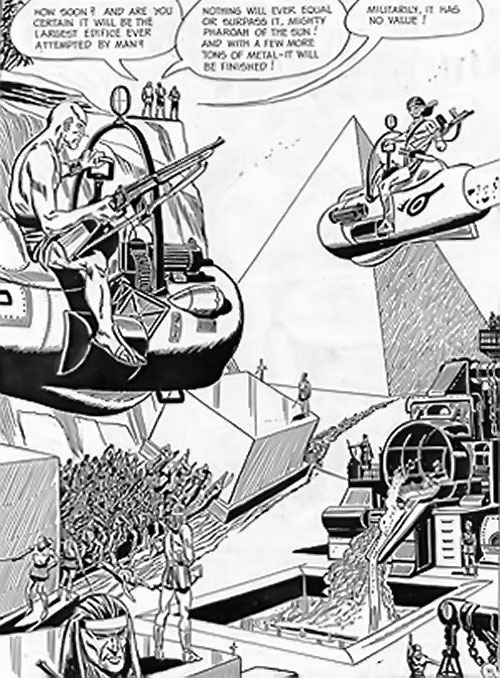