Cicada is virtually immortal. He has powerful regenerative capabilities, which are accompanied by lightning over the area being healed.

He can bestow these abilities on others by cutting them with a ceremonial dagger, and this also seems to give him some level of control over them.

Born in 1890, David Hersch was an architect and preacher at the Saint John Catholic Church. He also regularly beat his wife. Mr. Hersch ended up murdering her during a thunderstorm early in the 20th century. When he then tried to take his own life he was struck by lightning. This granted him his powers and gave him a vision.

He believed he had been chosen to live forever, and that he could bring his wife back to life to be with him. He then had the corpse of his wife sealed into a metal coffin. It made a part of the Keystone Motors building, until he could discover how to revive her.

Calling himself Cicada he gathered a cult of followers around him. He also learned to share his powers with them. Realizing that he would need to sacrifice a number of people to bring his wife back to life he faced a dilemma.

Then he learned of the Flash, and recognized him as a fellow servant of the lightning, who saved lives. People who, without interference by the Flash, would be dead. These lives had been extended by the power of the lightning. So according to Cicada’s logic, he could use them to resurrect his wife.

Cicada sent his followers out, armed with ceremonial daggers that collected the life energy of their victims. They were to kill individuals throughout Keystone City who had been saved by the Flash.

A flash of lightning

Flash was captured by Magenta, who had become a follower of Cicada. She brought him to their sanctum. Cicada cut Flash. Then he used the power from this sacrifice, along with that of the other victims, to return his wife to life.

When she woke, however, she attacked David for killing her and then disturbing her rest. During the commotion the Flash broke free, and the Keystone police arrived. During the ensuing fight Elizabeth died again, Cicada drained the life from all his followers, apart from Magenta.

Cicada then slashed Detective Jared Morillo with his ceremonial dagger. This granted the cop healing powers and allowed Cicada some control over him. Cicada was arrested and sent to Iron Heights.

Cicada worships the lightning which empowered him with a fanatical zeal and conviction. As a consequence, he has no problem killing if it serves his cause.

While he views the Flash as the avatar of the lightning, he doesn’t see him as a potential ally.

For so long he was focussed on resurrecting his wife. But now that that is no longer possible it is unknown what his goals will be.

“It is time for one of us to give their life in the name of our saviour. In the name of the Flash. Who will die for me ?” 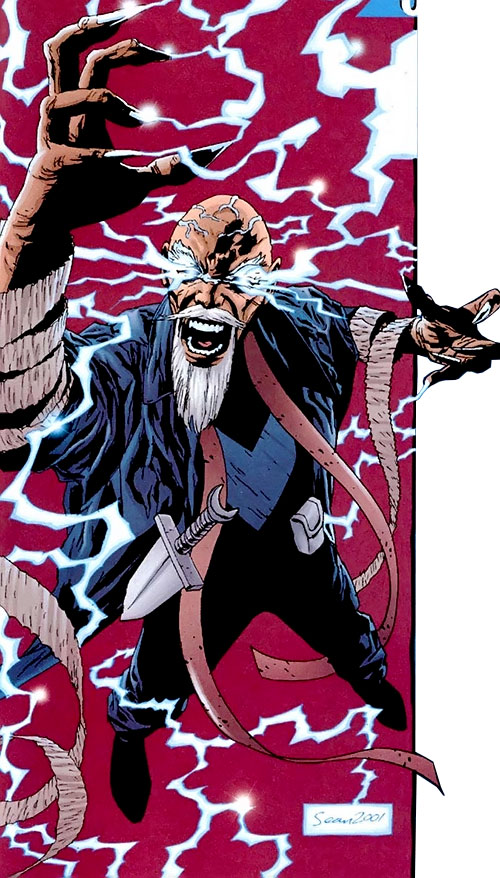 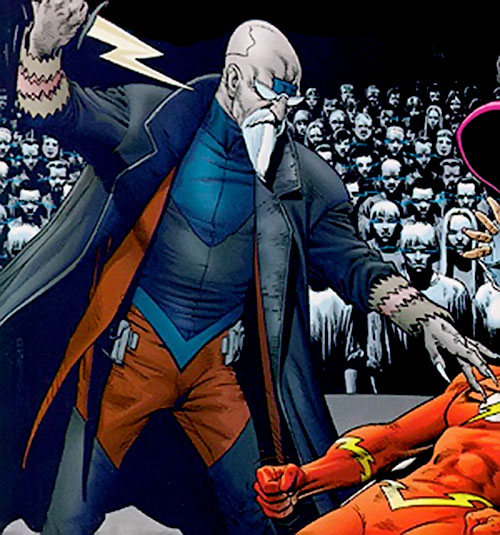