Clark Kent was born with superhuman strength. As he matured, his strength and invulnerability increased. He has survived putting his hand in a wood chipper without a scratch, a point-blank shotgun blast without flinching, and a collision with a luxury sports car at 70 mph with no injury.

The closest he’s come to being injured was some slight bruising from small-caliber machine gun fire at point blank range (early in the first season).

As for his strength, he has never shown strain while lifting or bending anything, so his STR and BODY in our game stats are both lower limits. Once while undergoing a power complication subplot, Clark accidentally threw a medium-sized farm tractor 2 or 3 miles.

Clark can move really fast (faster than a speeding bullet), has a photographic memory, and (after the first few episodes) can see through objects. He has enhanced hearing, but was unable to control it until the third season.

“The Man of Steel”

Whenever Clark takes a strong blow, the object striking him reacts as if it hit a very hard object. Large rocks that have fallen on him shatter, as have knives, clubs, and other melee weapons if there is a lot of force behind the strike.

Somebody tried aggressively bodychecking Clark during a basketball game and almost broke his own elbow for his trouble. Scissors even break when people attempt to cut his hair.

“Sometimes I can see through things, other times it’s like an x-ray.”

X-Ray Vision takes two forms. The x-ray form allows more comprehensive examination of an area, but lacks some of the surface detail and color of the transparency view (high contrast colors can still be differentiated, such as black text on a white background).

Materials with a relatively low density such as clothing and flesh are barely visible with the x-ray, whereas such materials are still normally visible in the transparency view (except for the actual surface Clark happens to be seeing through, of course).

Clark is unusually receptive to psychic communication. When the seer Cassandra had her visions while touching Clark, he saw them too; Cassandra stated that no one else had done that before. Clark was also the only one whom the comatose Sarah Conroy was able to reach through her dreams.

Clark may have a Misc. Advantage at GM’s discretion to cover these abilities. Or, these events may just have been Plot Devices.

This trailer for the 2017 revival includes a lot of summary footage about the original series in better quality than most.

Twelve years before the beginning of the first season, a freak meteor shower occurred in Smallville. The meteors accompanied a spacecraft that crashed in a Smallville cornfield. Said meteor shower killed Lana Lang’s parents and caused Lex Luthor’s hair to fall out.

Jonathan and Martha Kent found the crashed spaceship after narrowly avoiding a meteor fall. Inside the spaceship was a three-year-old boy.

The Kents adopted the boy and named him Clark. Clark demonstrated unusual strength at an early age, most notably when he pushed a bully through a wooden door at the age of six. Clark was never sick as a child, unless he played near “meteor rocks.”

Nothing of note happened in Clark’s life until, at 16, he was struck by Lex Luthor’s speeding roadster. Clark was unharmed, but Lex and his car were sent over a bridge and into a lake. Clark pulled Lex from the wreckage, saving his life.

Shortly after this event, the first in a series of “meteor-rock-freaks-of-the-week” appeared. Clark does his best to prevent these “freaks” from doing wrong. Clark has also allowed his friendship with Lex to blossom, much to his father’s dismay.

Clark revealed his powers to Pete Ross after Pete was frustrated by Clark’s inability to keep commitments. Pete now guards Clark’s secret with his life and often runs interference during Clark’s absences.

With the help of Dr. Virgil Swann, Clark discovered his Kryptonian origins. A Kryptonian artifact gave Clark the ability to read the Kryptonian language.

As of the end of the second season, Clark occasionally receives messages and/or threats from a presence claiming to be his father, Jor-El. This presence has forced Clark into servitude at various times.

Clark is a farm boy at heart. He is also a consummate do-gooder. At least, as much as an 18-year-old can be a do-gooder. He is fiercely defensive of his parents — he was tempted to kill a dirty cop after the cop threatened his parents.

Clark has had strong feelings for both Lana Lang and Chloe Sullivan, and often finds himself torn between them. Clark tries to use his abilities to help the helpless, but also tries (emphasis on “tries”) to be discrete. He has no costume or disguise yet, so keeping his Dark Secret is tricky.

Clark knows that he is destined make use of his abilities to help others, but is still unsure exactly how to reach that goal.

Clark tends to use his BODY and Superspeed in battle, preferring to resist attacks and rescue others from harm. Early in the first season, Clark would dodge bullets. He then learned he was bulletproof, and now rarely dodges attacks. We see his STR most often when he’s working around the farm.

Clark probably fears killing any opponent he punches, and as such refrains from direct attacks. After obtaining his heat vision powers, Clark combined heat vision with superspeed to vaporize a rifle bullet before it could reach his target.

As of the fourth season, Clark’s powers have increased to the point where he is able to run off a football field during a game, run under the stands, save Chloe Sullivan, and run back to his previous position without anyone noticing that he was gone. Clark is much more comfortable with the use of his powers as time goes on.

Clark has often stated that he would like to be a “normal” person. However, upon temporarily losing his powers in a freak accident, Clark still felt obliged to stop the recipient of his powers from rampaging around town. Lana Lang describes Clark’s drive as “having the weight of the world on (his) shoulders.”

As a side note, Clark’s alien origins are the part of the secret he tries to protect the most, even from those people who already know about his powers, such as Alicia Baker. It is also the aspect of his origins that causes him the most grief — Pete Ross seemed to be more disturbed by Clark’s alien origin than the powers themselves.

Jonathan: “Your mother tells me you can fly ?”
Clark: “Kal-El can fly, Clark Kent is still earthbound.”
Jonathan: “How did that feel ?”
Clark: “Amazing… and scary, ’cos if I can do that, maybe I’m capable of anything.”

“Hello ? Hi, I’m Clark, I’m the kid who can lift up tractors and see through walls.”

Clark: “I don’t blame him; I don’t see myself being a farmer when I grow up.”
Lana: “Then what do you want to do ?”
Clark: “I’m not sure – as long as it doesn’t involve putting on a suit and doing a lot of flying.”

Clark’s only physical weakness is to a substance the show calls “meteor rocks.” Clark’s extraterrestrial origins, as well as the existence of Krypton, were established in Season 2. Since that time, Clark has called the metor rocks “Kryptonite.”

Miscellaneous Drawback: +3CS to the OV/RV of all actions while within 20 feet (1 AP) of green Kryptonite; within 2 feet (-2 APs) Automatic Actions become Challenging (OV/RV of 2/2) instead of Easy (see Universal Modifier Table). Within 1 foot of green Kryptonite, Clark suffers the effects of Traumatic Flashbacks. Clark does not actually have any sort of flashback, but the game effect of the pain similarly incapacitates him. Note the OV/RV to resist the effects of the Flashbacks suffers a +3CS.

Power Loss (All Physical Attributes and Powers) within 20 feet (1 AP) of green Kryptonite — Clark loses 5 APs from all affected stats.

[His STR and BOD are still slightly superhuman, especially if he puts HPs into his EV or RV. His Powers are more erratic, but they’re still there. The best example of the latter was in “Shimmer”, where he could see Jeff using the Kryptonite-laced invisibility ointment, but his X-Ray Vision kept cutting in and out.]

Note: the presence of large amounts of refined green Kryptonite (such as a stack of the refined Kryptonite ingots that Lionel Luthor was gathering) may trigger the more severe effects at a greater distance than 2 feet. Even refined Kryptonite doesn’t affect Clark as long as he’s more than 20 feet away though.

Miscellaneous Drawback: CIA to reckless behavior when within close contact (~1-2 inches) of Red Kryptonite. Clark’s motivation is closer to Thrill Seeker (yes, the villainous motivation) than Upholding the Good while under the influence. He becomes very self absorbed and amoral under the influence of Red K. After the removal of Red Kryptonite (either through separation or destruction of the Kryptonite), Clark’s motivation and personality return to normal. Then, Clark must deal with the consequences of his behavior while under the effects of Red K.

NOTE: Clark has three different Drawbacks that inflict penalties to his OV and/or RV. These drawbacks are not cumulative; in combined cases, only the highest penalty applies. For example, if Clark is being attacked by mystic means he suffers his usual -3CS to OV/RV versus magic but is not penalized an additional -3CS OV due to his Ubermensch Syndrome.

There are times that Clark appears to have rapid healing. These cases almost always involve Kryptonite and/or, in DC Heroes RPG terms, some other Power/Ability loss. In these cases, Clark takes damage with a reduced Body score, so RAPs cause visible effects (bleeding, bruising, etc.).

Once his abilities are restored, his BODY level increases to its usual level minus RAPs scored. For example, Clark’s BODY is temporarily reduced to 3 due to Kryptonite exposure. He is attacked and suffers 2 RAPs of damage, reducing his Current BODY score to 1.

Statistics during the first few episodes

After the first few episodes, BODY is 10 and the vision powers are restored. The hearing powers are catastrophically marginal. Pete Ross is a connection, not a Buddy.

Statistics during the second season

Powers:
Superspeed: 11, Heat Vision: 10, Pete Ross is now a Buddy, towards the end he gains the Swann contact and the Kryptonian Language.

Statistics during the third season

Powers:
The hearing powers are no longer catastrophically marginal.

At the GM’s discretion, he may have Arch Enemy (Lionel Luthor) during the third season.

By Michael Davis and Roy Cowan.

Source of Character: Smallville on WB. This writeup was done in 2007, and stops at the end of Season 4 of the show. 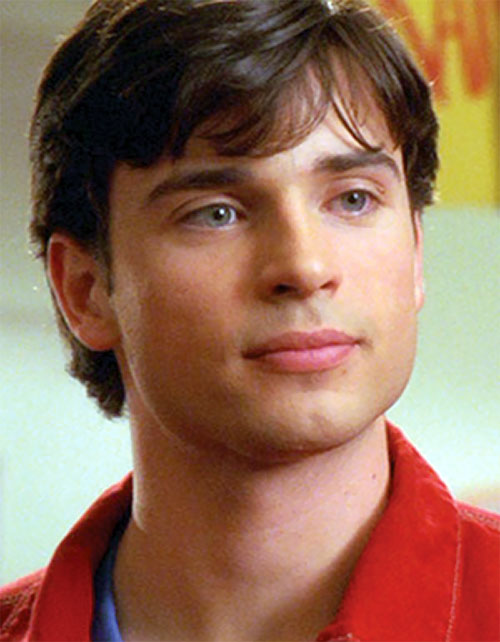 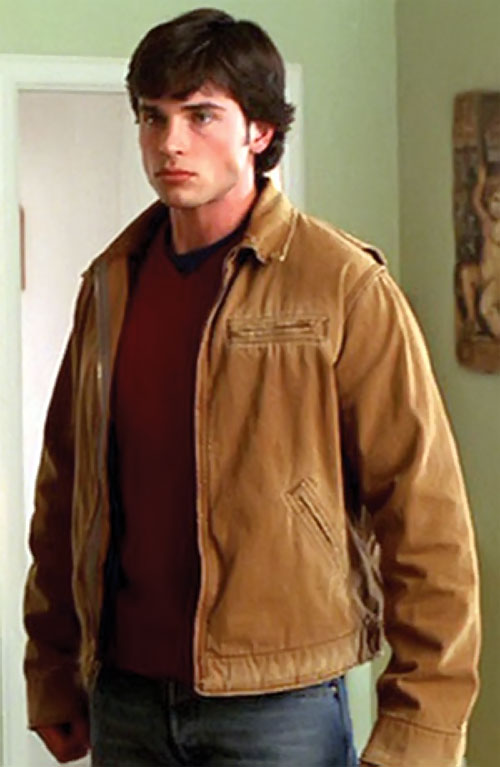 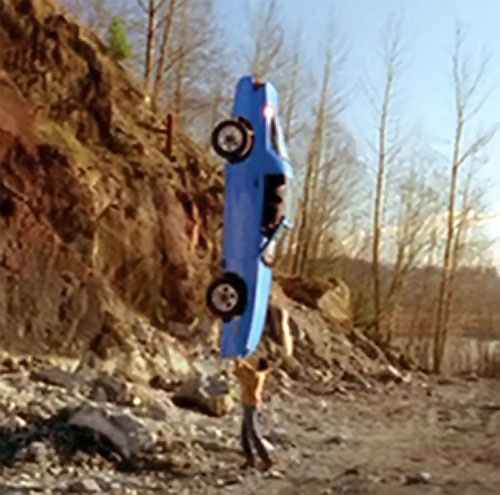 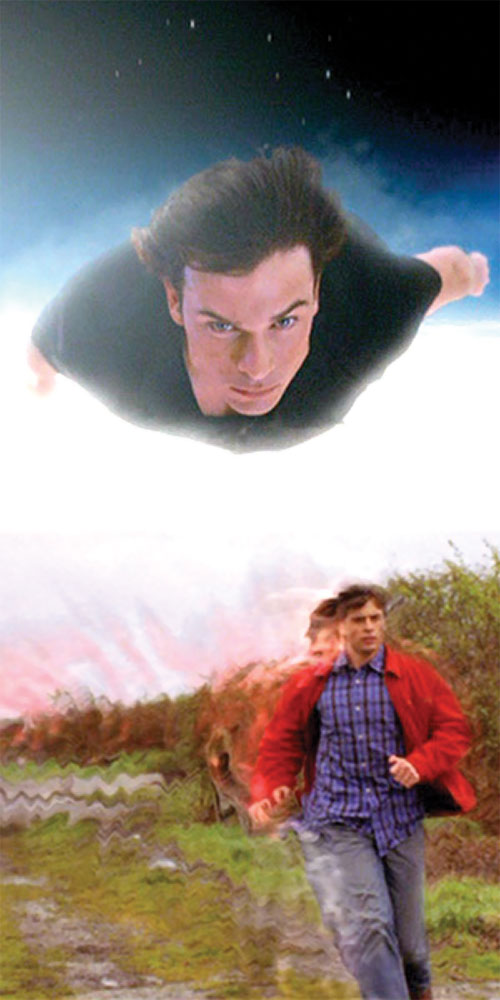 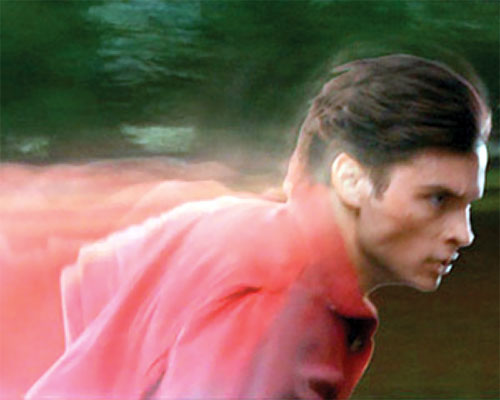 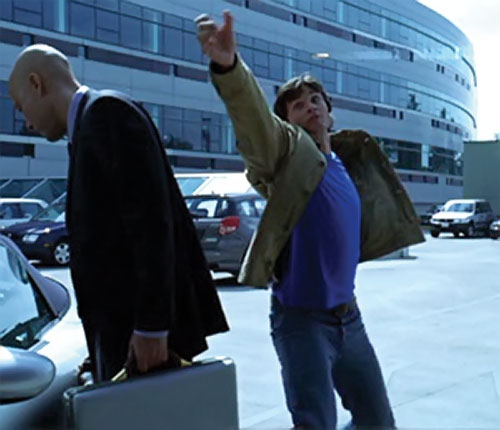 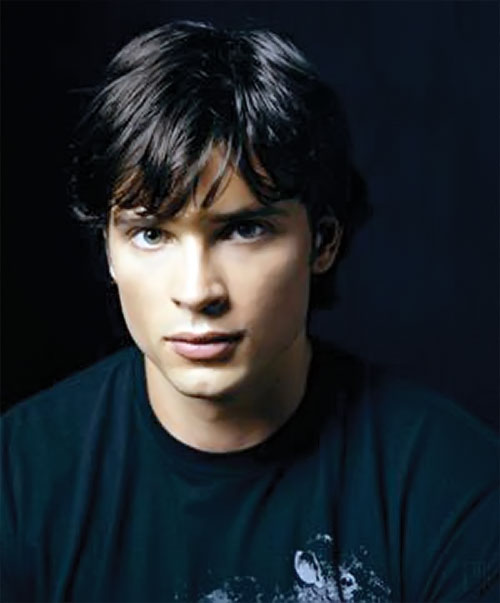 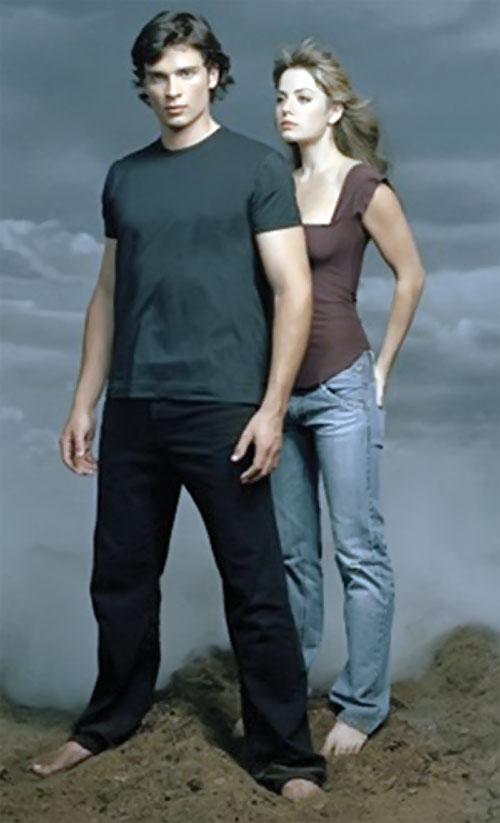 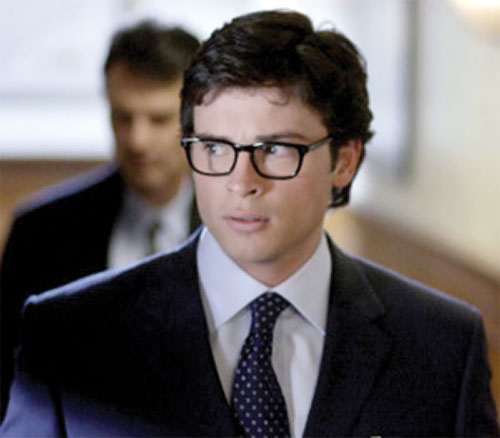 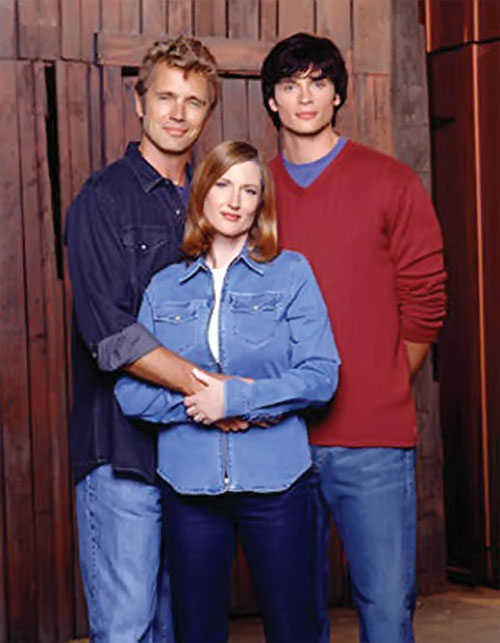