Clark was originally called “Vince” in his very first appearance in the America localization. But this later got retconned  back into being the same name as the original Japanese version.

He’s also quite commonly listed as having the last name Steel. “Still” is the more accurate translation from Japanese Katakana, but the game has been translated into quite a few different languages leading to some confusion. Plus many fans prefer Steel as it does sound like a much more badass soldier’s name.

Clark is an accomplished wrestler trained in the Ikari Warriors style. He borders on being super human. In particular, he is able to throw opponents much larger than himself quite far.

He’s also a very accomplished soldier having survived numerous serious conflicts and all out wars. Notably he and his partner Ralf have been able to successfully take on armies and come out on top on three separate occasions.

Being a veteran soldier he excels at using all firearms, knives, as well as jungle survival.

It is stated that Clark was a spy with a tragic past before partnering up with Ralf under Heidern’s command.

Ralf and Clark summoned to the remote jungle village of Ikari. They were to assist Commander Heidern in putting down a dangerous guerilla rebel force. While the exact country is not name it is most likely Brazil as they would later wound up being based there.

But their intel proved to be outdated. The rebel faction had already taken both the village and Heidern. Enroute to their meeting their plane was shot down. After crawling out of the wreckage they elected to shoot their way through an army to reach their objective.

They were able to liberate the village and free Heidern. The Commander in turn thanked them for their service and arranged for a military plane to fly them back to America.

Ikari Warriors 2: The Road to Victory

While flying back to America their plane was hit with a mysterious storm that somehow hurled them thousands of years into the future. When they arrived they were approached by a mysterious creature that explains that the world has been taken over by the mysterious villain Zip Zang.

They succeed in defeating him and were able to return back to their time line.

Ralf and Clark were ordered by Heidern to rescue a young girl who had been kidnapped by the Crime Ghost. The girl was actually the daughter of either the president or a presidential candidate. Sources vary and the official game release doesn’t really make it clear which was correct.

They were able to fight their way through his army of thugs and rescue the girl.

Both Ralf and Clark participated in the first three King of Fighters Tournaments on the Ikari Warriors team. They fought along side Commander Heidern in the first two tournaments. In 96 Leona took Heidern’s place the Commander enters semi-retirement.

Although they’re said to be one of the higher profile teams their actions didn’t have much effect on the main storyline for the first three tournaments.

It’s worth noting that during this time Ralf and Clark’s nationalities are changed from American to Brazilian. This seems to be be a retcon to diversify the list of fighters or there is quite possibly another explanation.

Given the games’ genre, perhaps something terribly dramatic happened and Clark and Ralf lost their American nationality. However, the obvious, boring and pedestrian explanation works well:

So abandoning their American nationality would be fairly logical, especially if they didn’t want to pay both the IRS and the Receita Federal.

King of Fighters 97 and more

For the subsequent events during the King of Fighters games, see the Ralf Jones character profile.

Clark has appeared in several Metal Slug games, but these are shooters that involve the heroes fighting off alien invaders and thus in a separate continuity.

Ralf is a large muscular man with a serious military bearing. He typically wears combat pants and boots as well as his baseball cap and shades. In previous appearances he wore a tank top with a vest over it.

He also has a small cut on his forehead where Ralf accidentally cut him while fooling around with a knife.

Clark is a dour and depressed man. It’s hinted several times that he has a tragic past and has lost plenty of comrades, but this has never been explored.

He’s pretty much the polar opposite of his teammate Ralf, who is always clowning around. The two of them do get along and deeply respect one another due to the many adventures they’ve shared.

Clark also cares deeply for the rest of his teammates. He greatly respects Heidern and has formed a sort of kinship with both Leona and Whip. He was able to help Leona come to terms with her Orochi heritage (likely bonding with her due to his tragic past) and was very hurt when she left the team.

Whip respected Clark far more than Ralf due to his very serious no nonsense approach to missions, so he seemed to take her departure a bit more personally than the others.

“I had fun. For about five seconds. A new low.”

The Ikari Warriors can be inserted whole cloth. They would likely be tracking Kobra as well cross paths with several other heroes pursuing them.

Equipment:
His equipment in many games *may* be a M16 with a grenade launcher – see our Weapons Locker articles for stats and explanations. On the other hand, based on ammunition capacity and some game box art, it might be a M60 light machinegun.

He’ll also likely have a knife, though he’s not as big on those as Ralf is.

In the Metal Slug continuity he use throwable knives and defensive grenades. 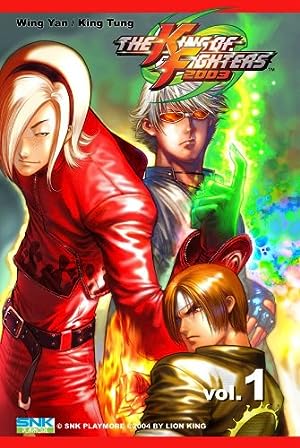 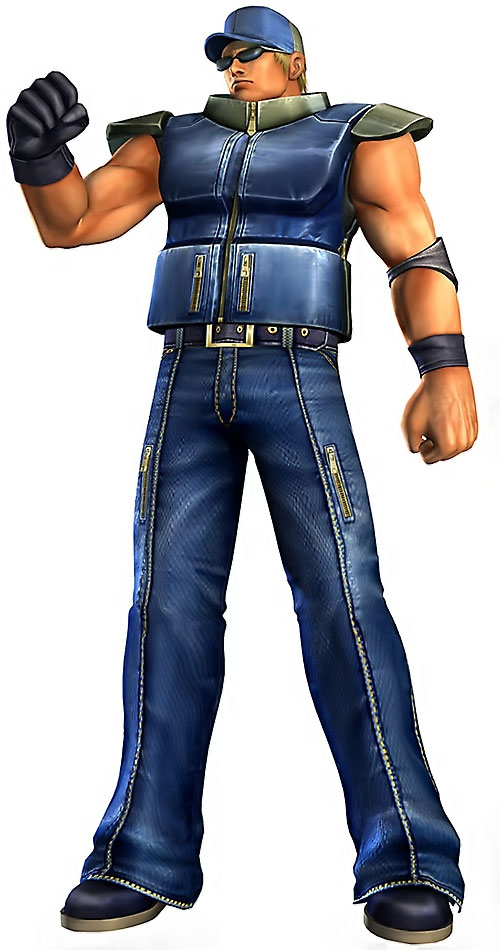 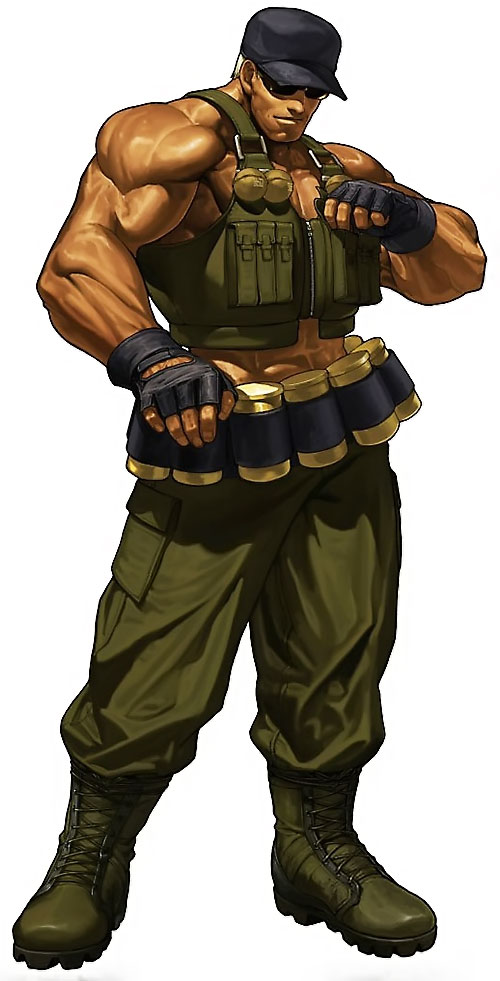