The three cousins are professional mercenaries.They are well-armed, though they prefer to go lightly armoured. They’re excellent fighters, and can beat back a dozen militiamen.

The three cousins operate in a dreary, tired world. In DC Heroes RPG terms; their attributes are not heroic. But most people they clash with sport Attributes and Skills in the 2s and 3s, with the occasional veteran with a 4 or two. In their milieu life is cheap, death is easy and ordinary people don’t stand much of a chance against preternatural enemies.

They generally fight with Mardak on point, Haxa slightly behind and to his side, and Vivardi supporting them with bow work at close range. If engaged, Vivardi will keep firing until the last second, then drop her bow and draw her daggers with lightning-like speed, cutting it very close. She’ll return to her bow as soon as possible.

Beyond their experience and training, the trio’s deadliness is due in part to their human form having unusual strength, ferocity, pain tolerance and speed.They also have an abnormally well-developed sense of smell. And perhaps superior night vision, though that is not clearly demonstrated.

When they adopt their wolfman form they are even more ferocious, powerful and dangerous. However, silver becomes dangerous for them. Thus; they don’t carry any silver coins on them.

They cannot use horses either. Most animals are spooked of them, sensing a predatory creature even when the Werewolf Three are in their human form.

This familial trio are werewolves – an ancient and dreaded race of changelings and predators. However, they pretend to be from the country of Sircassia. They wear Sircassian clothes and use Sircassian weapons, though their shields sport a wolf’s head emblem.

Vivardi has stated that her kin has been here since before man and will still be there when the last man is buried. But that may have been prideful exaggeration.

Being mercenaries and having apparently a good track record, the three lupines were recruited by the witch Satarina Kal Quillion. They were to find and accompany another recruits of hers, Claw the Unconquered. Satarina wanted Claw to reach the Western edge of the known world. It was an ancient and desolate place most men had forgotten, but werewolves would know about. 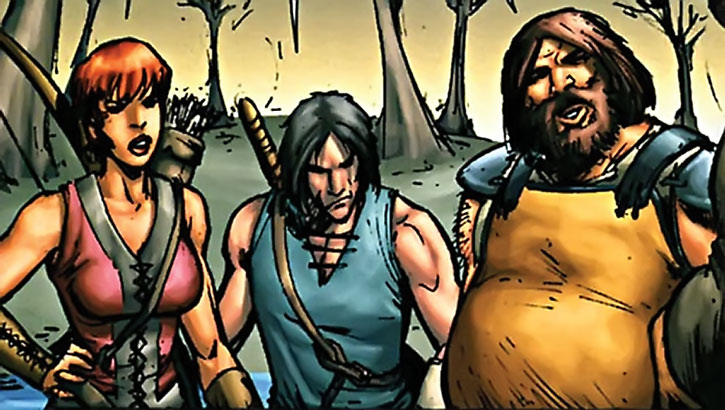 Though they distrusted and even feared the witch, she was powerful. Furthermore, as a reward, the mercenaries expected to be magically freed them from their dual nature as changelings and thralls to the phases of the Moon. This reward from Satarina would turn them permanently into beasts.

After finding Claw and helping him fight off soldiers hunting him as a deserter, they served as guides and an escort. However, Claw discovered their nature during the full moon. And this was but one of a number of things that went very wrong.

Haxa is young, inexperienced and not terribly smart. His cousins sometimes openly call him an idiot. However, he’s a competent fighter and should not be underestimated as a swordsman.

Mardak is the older and more experience of the three. He’s the one who takes the decisions in the end. He doesn’t openly claim authority or give orders, but the other two defer to his experience. Mardak is proud and doesn’t believe in tricks, evasion and subterfuge. He’ll usually take on the bigger opponent. 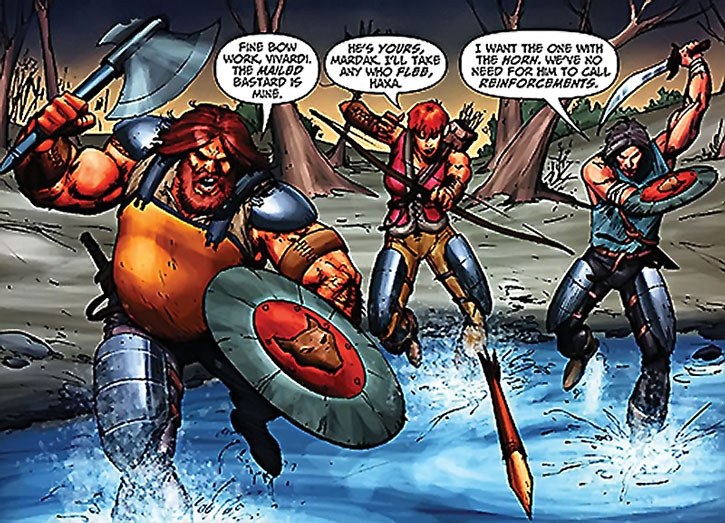 Vivardi talks much more than the men. She’s the sharp and perceptive one, and Mardak trusts her senses. Vivardi acted like a tease and made numerous allusions to liking rough sex as she flirted with Claw.

Apparently she shapechanges, kills and eats her lovers when she’s done. The exception is when she actually likes them, as was the case with Claw of Pytharia.

Vivardi has obvious racial pride. She thinks werewolves are the coolest, and is rubbish at keeping her secret identity. In particular, she keeps making allusions to the predatory nature of her kin.

Claw: “Do you know what these swine do to captured women ?”
Vivardi: “They’ll do nothing of the kind once I’ve gelded the lot !”

“Slither like cowards in the dark ? Not me. Not Mardak !”

The Werewolf Three usually operate as human fighters and only shapechange in secret. This means the clearest way to present the information is to have their human stats first, then data about changes induced by the werewolf form.

The cousins only adopt their wolfman form in secret, usually at night – since most humans would hunt them down as monsters if they realised they’re lycantrophes. This is modelled as a Secret ID, since the antics to change discreetly, prevent people from establishing a connection between the two forms, etc. are quite similar.

The wolfman forms were thus not seen much, but they likely induce the following changes:

As usual with our Claw profiles, there’s not enough material to have firm stats – they’re tentative. 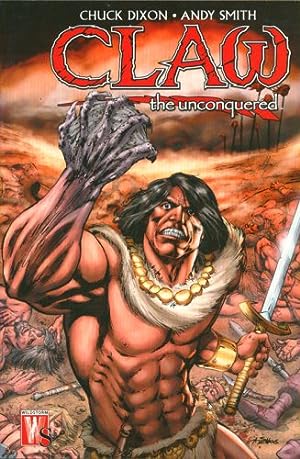 Claw the Unconquered by Chuck Dixon 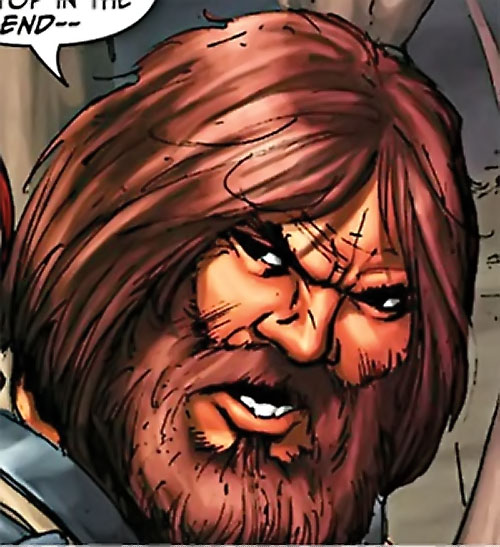 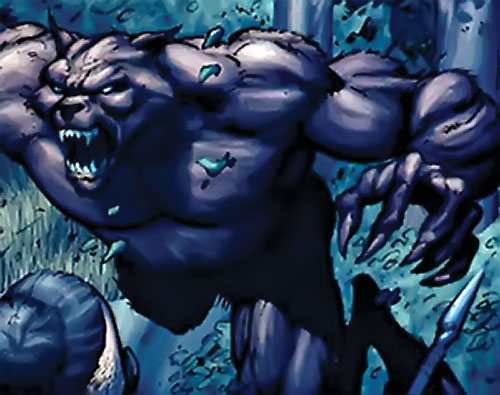 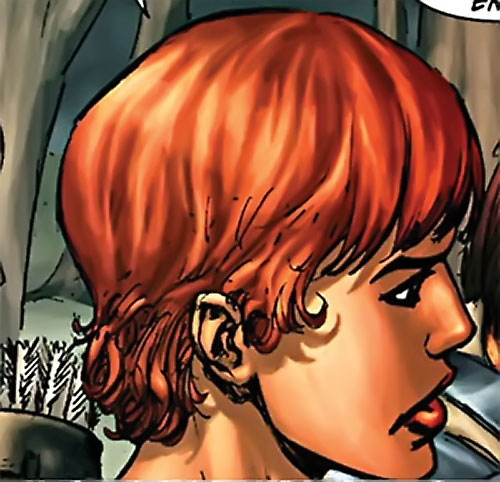 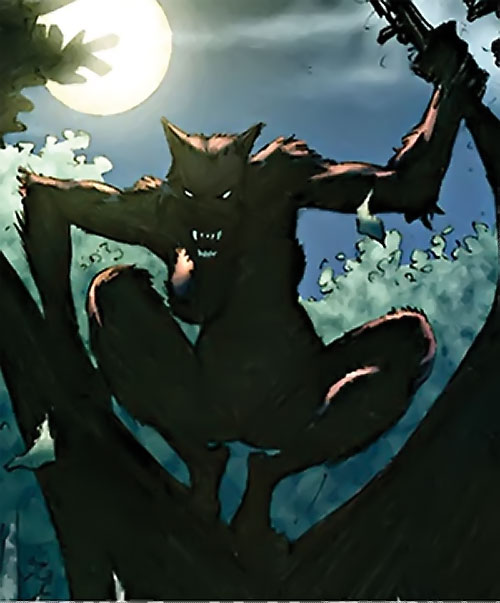 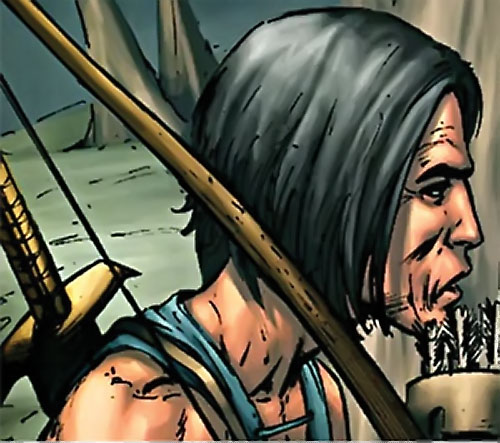