Clay has had military training. He is a superior tactician and leader, capable of rapidly adapting his plans to the changing situation around him.

He is also trained in the use of a wide range of military weaponry.

Clay is a patriot who has become disillusioned with those in power, and the things they’d ordered him to do. This began to seriously affect him after the events in Columbia, but following Afghanistan he had a face to focus his anger on.

Using Max as a figurehead for all he saw wrong with the American government, Clay became obsessed with stopping him. He began a relationship with Aisha, but this was probably just recreational for both of them.

“Hold it right there. I’d lay down my life to defend America, to free it from the parasites that are eating away its heart. You ever accuse me of betraying America again, you and I are going to get into more than just a conversation.”

“I don’t recall asking for a vote, Pooch. You knew what you were signing up for when I put this unit back together. You all did. You want out, there’s the door.”

Max: “You believe that all men are created equal, yes ?”
Clay: “It’s right there in the Declaration of Independence. It’s what we fight for.”
Max: “But that Declaration was written by slave owners and Indian killers.”
Clay: “So they were hypocrites. So what ? Doesn’t mean the sentiment isn’t noble, worth fighting for. Worth dying for.”

Col. Clay is the grandson of Sarge Clay from the original Losers team, and named his unit in honour of them. 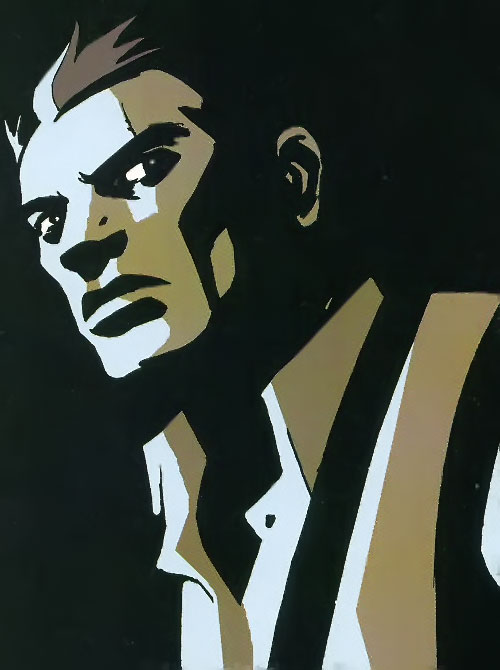