It was also noted for its use of season finale cliffhangers (“Who Shot J.R.?”).

Cliff is more of a lawyer than a businessman. Still, he eventually learned the business trade and became one of the most successful oil men in Texas.

He can be a very persuasive and energetic speaker when dreaming of revenge, ventures and big money, and does have a very useful network of business and political contacts.

A full biography of Clifford “Cliff” Barnes can be found at ultimatedallas.com .

Cliff Barnes gives a soft impression. Clearly he is trying to act tough, but the act is often all too transparent.

While Cliff is somewhat socially inept, he seems inspiring enough to occasionally manage his way into high leadership positions, into business partnerships and score brownie points with the press.

Cliff started out as a principled attorney with great morals. He wanted to fight exploitation, corruption and greed. The Ewings were his prime target. Initially, he would not sell out to do unethical or immoral business.

However, he become disillusioned through bitter defeat and tried to buy his way into the senate instead. He would be one of the great, good guys if it wasn’t for J.R. Ewing and their vendetta.

The Ewings simply had to be destroyed, even, unfortunately, Bobby whom he likes. Thus, his principles gave way to an unprincipled hunger for power when Cliff basically sold his soul to be able to stand up to J.R. Ewing.

Still, it’s possible to manipulate his consciousness into backing away from illegal affairs just as he’s about to crush the opposition.

He is actually a sensitive man behind his tough guy façade (and is a surprisingly excellent piano player). In fact, Cliff’s emotional nature is actually his great weakness. He can’t handle the pressure of big business and relationships. When in a really tough spot or seemingly losing it all, he starts drinking like his father did. 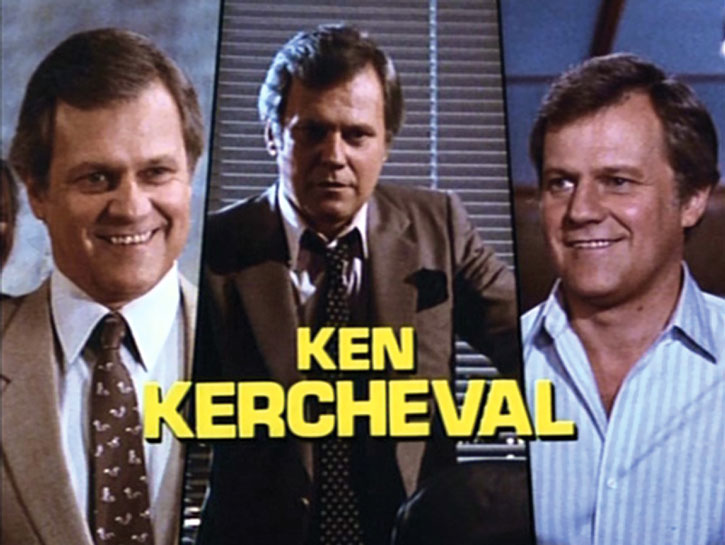 During stressful times he is seen running to the liquor cabinet or then he abuses medicines. When he has gone bankrupt he has contemplated suicide, until something new comes up which gets him running again. This can be a woman, a new venture opportunity or another lucky opportunity at easy money.

Cliff is not beyond blackmailing people, including J.R.’s secretaries to get info about his deals. He is stingy and avoids spending money on business dinners, women, travel, his partners etc. even if it would greatly benefit him and his position.

He sometimes visits J.R. in his office to threaten or gloat about something. He has learned a few tricks from the opposition as well, and does pull the old Ewing 1-2 on opponents and rivals. Meaning softening up the competition or partner with sexy company to later wine or dine them into a deal.

Although he knows the law very well but too often acts before thinking it through. He does, in fact, do the same mistakes again and again. He is extremely paranoid about the Ewings being after him even if they aren’t. Cliff feels that he has to do everything himself if it’s to be done properly.

He is quite a weird man with an odd sense of humor. He is sometimes socially clumsy and awkward, being an uncertain and overly sensitive man. He is not good at showing his emotions. Being emotionally unstable he often follows feelings instead of logic. He is a nervous wreck at times. He is good at burning bridges, not only with women, but with business and political contacts as well.

In general he does try to order women around. He ruthlessly married Jamie Ewing to get her expected third of Ewing Oil. Even then couldn’t even pretend to be sorry when she died in an accident. And yes, he’s himself the type to be fooled by women going after him just for his wealth.

As to family relationships he is somewhat warmer. In particular, he had a warm and rather healthy relationship with his sister, Pam. He liked to tease her about different things and would always support her unless it conflicted with his vendetta against the Ewings. April Stevens was a good friend and he was a good uncle to Bobby’s son, Christopher Ewing.

His half-sister Katherine was secretly working against him. He was interested in Sue Ellen-Ewing and had a secret relationship with her. However, Sue Ellen only was with him because that would hurt JR the most. Still, she would sometimes act as a spy for him in the Ewing camp.

He often thinks about Digger and how he could redeem their name. He wants to take over Ewing Oil, not destroy it, and eventually got closer to Bobby due to their common link to Pamela.

Cliff believes that he can’t have children. This, sort of, fuels his insecurities. Perhaps he is this way because he was raised without a mother by a drunk father. His fate often seems to be to be a loser, to be weak and so to miss the will for victory.

People have often said that he’s addicted to losing. His hatred and vendetta against the Ewings really put a break to his potential. In an alternate reality sequence it was shown that he would eventually have ended up as Vice President and later President without J.R. Ewing.

Cliff is often suspicious and bitter. He is a poor loser and a poor winner, and loves all the trappings of luxury. Still, he is no snob and can be found in the sleaziest of bars as well as the finer ones. He usually celebrates at the Cattlemen’s Club or at the Oil Baron’s.

He loves Chinese takeout and also often eats at home. He has an appreciation for the arts.

Eventually, as an old man, he grew and learned that revenge is not the most important thing.

“I intend to use the full power of this office to bury J.R. Ewing.”

(To J.R. Ewing) “This time I’m not going up against you alone. I’ve got the whooole Cartel behind me. As a matter of fact, I’ve got every independent oil man in Texas on my side. You’re alone. You’ve got nobody. You’ve got nothing except your ocean of oil… to drown in.”

“You know, I’ve spent a lifetime fighting corruption. Mostly the Ewings. And mostly I’ve been beaten. They’re a symbol of everything that’s wrong.”

“Good, I hope you can live on the memory for a while because that, Marilee, was the last time that we will ever be partners in any endeavor, professional or personal. I don’t need your money. I won’t miss your body. I hate to be double-crossed and I don’t forgive and I don’t forget.”

“You know what ? It seems that everything in my life has something or other to do with J.R.”

“No. You just don’t seem to understand something. This is a way to avenge our daddy. They cheated old Digger Barnes and they laughed. Jock Ewing treated him like dirt, just like his son J.R. treats me like dirt, and now it’s my turn. There is no price that you could put on that.”

“I’m probably a prime suspect in this case. I certainly had enough motive and if anybody deserves shooting, it’s J.R.”

[Publicly gloating to J.R. in a restaurant] “I want to thank J.R. Ewing, Dallas’ newest banker. I would like to give you this certified check and I’d publicly like to thank you for bankrolling me what has turned out to be the most successful offshore venture ever. Not long ago, J.R. Ewing insulted my daddy and me in this very room. I’m here to tell you that there are no hard feelings. As a matter of fact your remarks kind of stimulated me to move on and I want to personally thank you for the success. And, of course, I someday hope you see fit to publicly thank my daddy for making Ewing Oil into what it is. You see, you tried to do to me what Jock did to Digger. But I don’t know, maybe I’m just stronger, maybe I’m smarter, or maybe I’m just luckier. Maybe I’m all three. Anyway, this time the Barnes beat the hell out of the Ewing. Hahahahah !”

Note:
Cliff temporarily had the Guilt Drawback after his mother’s death.

Cliff’s career as a business man has gone through many ups and downs. He started out as a successful attorney and went on to become the Head of the Office of Land Management (High) and Assistant District Attorney for Dallas County (High). He worked as a legislative counsel to Dave Culver during his campaign for the U.S. Senate and then as legislative counsel to Texas State Senator Bobby Ewing.

He then decided to leave politics altogether to go into business only. After a couple of rough years, he eventually, through his mother’s side, got control over Wentworth Industries, which consisted of Wentworth Tool and Dye (High, as President), Wentworth Mining (High), Wentworth Natural Gas (High) and Wentworth Machine Parts (High).

After it all ended in a grand fiasco, he worked a while as Vice President of Operations at Stonehurst Oil (Low) for Marilee Stone (of the Oil Cartel).

Later on, getting back into things, he managed to own one third of Barnes-Wentworth Oil. During this time he did business with Graisco Ltd (Mark Graison) for a while – and then struck really big (even as J.R. was trying to sabotage the operations) when off-shore oil was found in a major venture.

With his finances secured, he returned to become the Head of the Oil Regulatory Commission (High) and was eventually managed to buy half of Ewing Oil from Bobby Ewing (who was the CEO at the time and intended to leave the oil business completely).

When the other owner, Michelle Stevens, ended up in jail her shares first ended up with J.R. and then with Cliff. Thus Cliff ended up as the actual CEO of the hated Ewing Oil (High) for five years, before losing control over the company when J.R. returned from Europe. Still, he ended up a very rich man.

During his many years as a businessman Cliff has won a number of awards including the Oil Man of the Year award for the Tundra Torque invention, again for striking it big with Offshore Oil, and then again for finding the Greatest Natural Gas Source in Texas.

His wealth rating was at its lowest when he started as an attorney (6 APs). It slowly grew over the years while several times went bankrupt only to later return again with new partners and a new business idea. In the end, while the CEO of Ewing Oil he was probably up at a Wealth rating of 21 APs. For most of his career his Wealth was likely around 18 APs (as given in the write-up).

Business meetings or just leisure time is often spent at the Oil Baron’s where all oil magnates go.

Source of Character: Dallas seasons 1-14 and the J.R. Returns and War of the Ewings movies; Character played by Ken Kercheval. 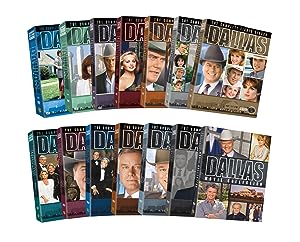 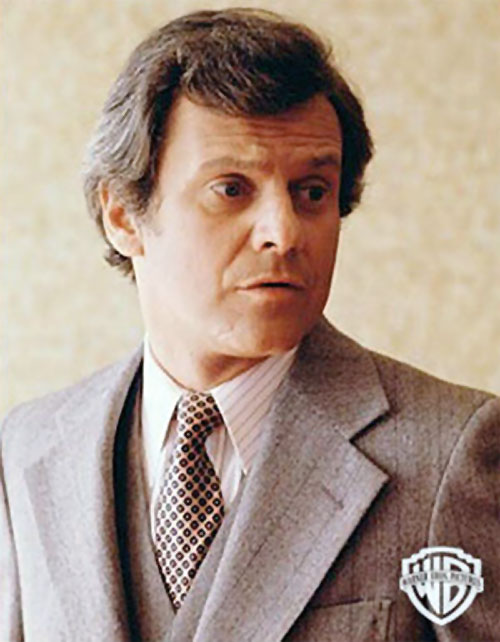 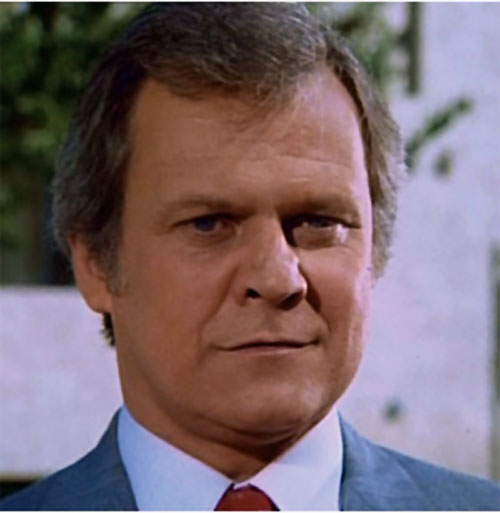 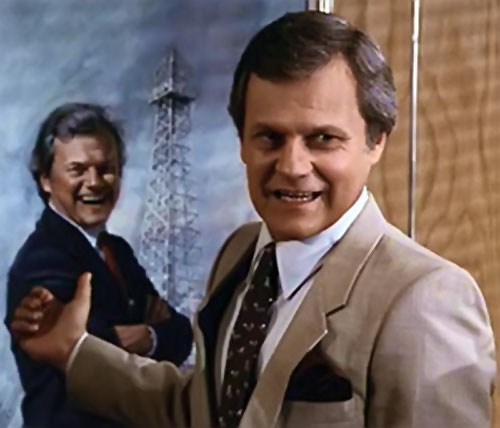 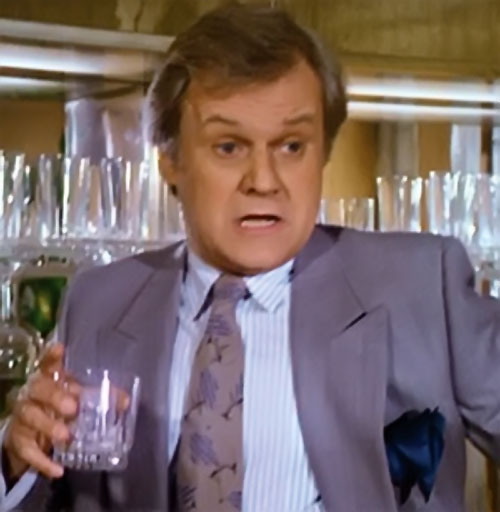 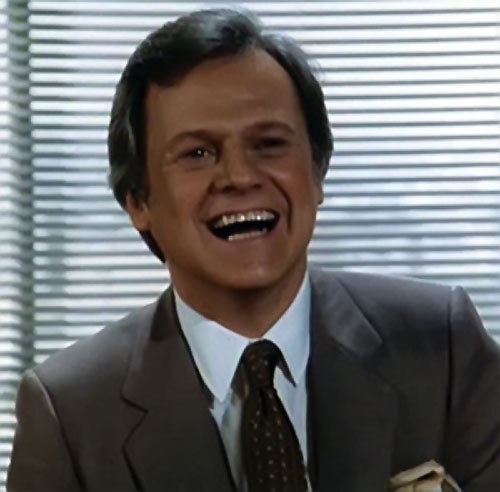