Clive is a well-trained and well-rounded secret agent. He’s adept at all aspects of the espionage game, from fisticuffs and gunplay to stealth and sabotage.

Clive Reston was a longtime agent of the British spy agency MI-6. He served under Sir Denis Nayland-Smith and alongside Black Jack Tarr, Leiko Wu, and Shang Chi.

When Smith severed ties with MI-6 and formed his own agency, Freelance Restorations, Clive went with him.

Not much is known about Clive’s background.

He makes frequent references to his father and grand-uncle, implying that they were James Bond and Sherlock Holmes, respectively.

Clive Reston is a good-looking and fit gentleman in his 30’s with prematurely gray hair. Off-duty, he dresses impeccably in fashionable suits ; while on the job, his outfits are more casual and practical… jumpsuits, etc..

He carries various firearms and other equipment as the job requires.

Clive is basically a good and brave man. But he can be arrogant, vain, and immature, especially where women are concerned.

He and Shang Chi had a longstanding and sometimes bitter rivalry over the affections of Leiko Wu. After Shang and Leiko became an inseparable couple, Clive managed to remain friends with both of them, though he sometimes let his bitterness show.

Clive had a brief affair with Nayland Smith’s secretary, Melissa Greville. But he cut her off rather abruptly to pursue the exotic Russian defector code-named “Dark Angel”.

Clive has been known to go on drinking binges when he’s depressed over some setback. It’s never been bad enough to keep him from doing his job, but he’s occasionally had to go into action while nursing a hangover.

Since Clive, his associates, and the entire MI6 organization are fairly aloof from the Marvel Universe, they could be transplanted to the DCU with a minimum of fuss. If you don’t want to bring over Fu Manchu, then Nayland Smith’s arch-enemy (and Shang’s father) could be Ra’s Al Ghul or even Vandal Savage.

If you want Clive in America, he could end up as a Checkmate agent after leaving MI-6. Or perhaps he could replace Rick Flagg as the field commander of the Suicide Squad.

Equipment:
Reston’s usual weapon is a vintage ASP 9mm semi-automatic pistol [BODY 04, Projectile weapons: 04, Ammo: 07, R#02]. This modified Smith & Wesson M39 pistol is most famous for having been one of James Bond’s signature pistols, and was rebuilt especially for covert operations. 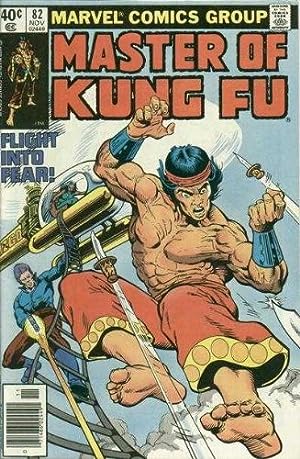 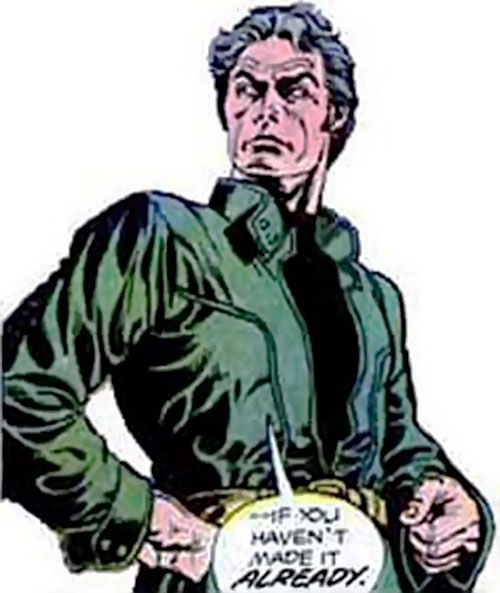