An average athlete and hand-to-hand combatant, the Clock King prefers to use his devious mind to accomplish his goals, all based on his predilection for clocks and time. He has no special powers.

William Tockman was a bachelor who took care of his invalid sister Beverly. He worked as a poorly paid clock repairman in his home town of Star City. He had pledged to his parents that he would take care of his sister and make sure she never entered a nursing home.

One afternoon, Bill Tockman received news from Doctor Merlis. He had been diagnosed with a disease that would kill him in six months. Tockman had little insurance, no savings, and no money at all to provide for his sister and his medical treatment.

With six months to live, Bill Tockman needed to money before his time ran out. He decided to turn to a life of crime figuring that if he was caught, he would never serve any time. Since he was running out of time and his entire life had been surrounded by clocks, William Tockman took the name and costume of Clock King. The clock would be his symbol.

He first struck at a gala costume ball and stole jewellery in the crowd. Soon afterwards, the police in Star City asked Green Arrow and Speedy to help. For the next following days, the Clock King struck at places that had “time” as a theme in their business names. The Tick-Tock Club. Idle Hour Inn. Minute Man Savings.

While Tockman was in jail, it was revealed that the medical prognosis had been in error – it had been for another patient. Furthermore, the penniless Beverly Tockman was forced to join a retirement home, where she soon died.

Years later, Clock King became a member of the Injustice League. This was a team of loser villains who went up against the JLA and Justice League International. Clock King was one of the six villains, each one an old foe of a current Justice League member. They escaped from prison together and combined forces.

They split into two groups of three to attack their foes. Captain Cold, Professor Menace, and “King Clock” (Note: He is erroneously called King Clock in that JLA #5) attacked Flash, Wonder Woman and Green Arrow. They nearly destroyed them with exploding robot duplicates of themselves.

Meanwhile Puppet Master, Electric Man, and the Getaway Mastermind are fighting Green Lantern, Aquaman, and the Martian Manhunter. Unknown to any of the others, “Green Lantern” is Doctor Destiny in disguise. Green Arrow discovers this fact when he arrives to rescue the others from the villains.

“Green Lantern’s” power ring repels the giant puppets the Puppet Master sicks on the heroes. From Aquaman and Martian Manhunter’s perspective, the puppets look black ; this is because the sun is behind them. Green Arrow, flying in in the Arrow plane from the other direction, sees that they are in fact yellow. This proves that “Green Lantern” is a phony.

Clock King would appear later in Oliver Queen’s life before he moved from Star City to Seattle. This time seeking revenge by planning to explode the top half of the building which housed the office of Dr. Merlis. His plan also called for the murder of Green Arrow, who he saw as responsible for his sister’s death.

Clock King failed to destroy the building and kill Green Arrow. That was because the emerald archer had been helped by the retired clock keeper of Star Tower, Nate Petersen. Clock King was captured by Green Arrow and put in jail again.

As of this writing, Clock King has been all but forgotten. He nevertheless considers himself Green Arrow’s arch enemy. But at most he was a minor factor in convincing Green Arrow to move away from Star City and its kooks.

Still, the Clock King once joined the Time Foes (with Chronos, Time Commander, and Calendar Man) and battled the Team Titans.

This supervillain group’s first attempt to work together flopped as Clock King wanted to make a name for themselves by defeating the Teen Titans. Instead, they were easily beat by the Teen Titans.

During this fisticuffs that happened at a L.L. Siegel & Shuster Toy store, the entire underage gang was captured and Clock King escaped. He was last seen on a bus in Metropolis, where he was assumed to have retreated to a hideout.

In recent times, he is very retentive in that he coordinates his heists to the exact hour, minute, and second on tight deadlines. He also has a clock fetish and must surround himself with clocks to be sure he is keeping track of time correctly.

Drawbacks:
SIA toward crimes with a clock theme. 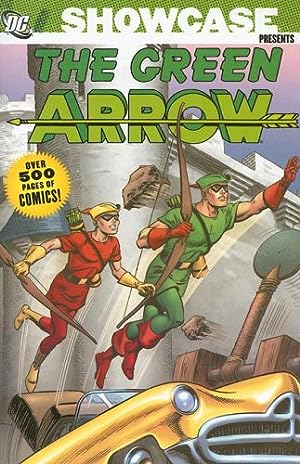