The standard Cobra officer uniform consists of a blue jumpsuit, accompanied with a blue helmet. It bears the Cobra sigil, in silver, on the front upper torso. The uniform is then complemented by black gloves, black boots, black knee-pads, a black strap-on knife sheath, a black, pouch-riddled belt, black webbing with pockets for extra clips, and a black face mask.

Those Cobra officers who were promoted into the Python Patrol wear a uniform that, while recolored, is similar to the original Cobra trooper’s suits. This consists of a black snake-skin jumpsuit (with a red Cobra emblem on the chest), accompanied by yellow gloves, a yellow-green belt, yellow-green webbing, sheathes, holsters, and knee-pads, gray boots, a gray helmet, and a red face mask.

After their rank’s re-creation, the almost bottom-of-the-barrel Cobra soldier’s uniform was actually changed into a variant of the Viper’s. It consists of gray trousers, a gray vest, and a gray, short-sleeved shirt, coupled with a gray helmet that bears a mirrored face plate that completely obscures the features of its wearer.

The uniform also has a black belt, black boots, and steel wrist guards.

Originally, Cobra officers represented the best of the best. They were highly trained and extremely highly motivated terrorists. They had hooked up with the organization in order to further their own, personal agendas.

While criminal minded, these folk still knew what they were doing. And though they might fail in their missions, they weren’t necessarily bumbling fools. The officers were the cream of the crop.

After Cobra re-created this particular rank, the general mindset of these folks was somewhat different. Being made up of the dregs of human society, these guys were the crackpots, the mass murderers, and all the insane destroyers who needed an outlet for their personal violence.

They’re only officers in name, really. The only thing separating them from troopers is the slightest hint of leadership ability.

By Firebomb  with MEGS conversion by Sébastien Andrivet. 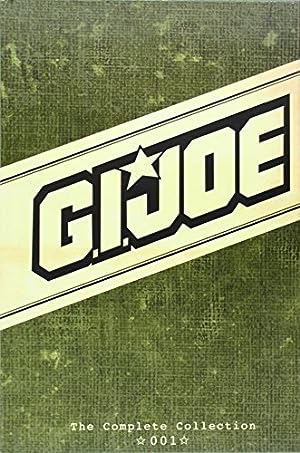 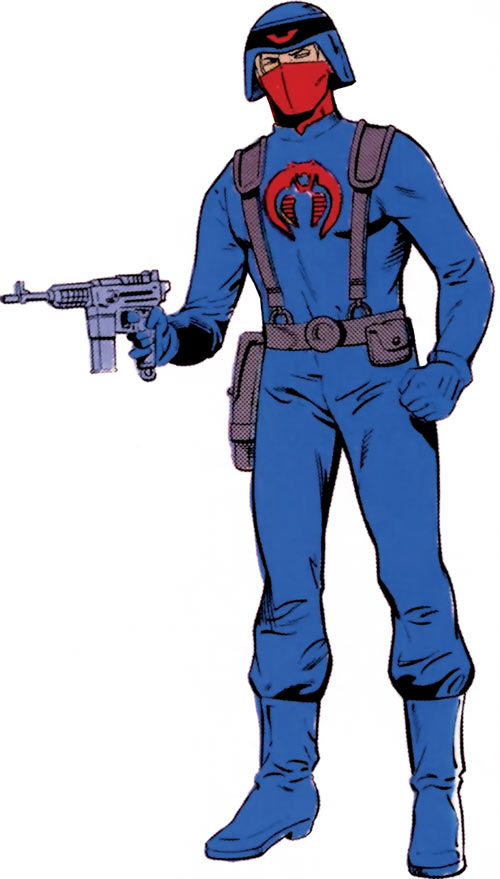