Cobra is the nephew of the better-known previous Cobra, later King Cobra. He has broadly similar abilities as his uncle’s, and first appeared in 2007.

Voorhees has been injected with the same irradiated snake venom as his uncle. Presumably, the two men are similar enough on a genetic level for the toxins to produce comparable (but not identical) effects.

The Cobra has supple, flexible bones that are very hard to break. These give him the ability to move in inhuman ways. For instance he can himself around people and crush them with the strength of his entire body. This attack can kill practically any human.

He also has a superhuman sense of smell, and is a superb athlete and hand-to-hand combatant. He wears custom-made body armour, adapted to his physiology.

Voorhees can secrete a variety of toxins within his mouth. He can deliver these with a snake-like bite, or by spitting with a force and accuracy similar to that of a spitting cobra. His full range is unclear, but he has produced :

Voorhees is an experienced and competent professional. However, his trust in his powers and body armour make him too relaxed when facing unknown opponents.

When Piet Voorhees appeared, he was already a seasoned superhuman enforcer for the feared Chaeyi mob. He also worked as a driver and bodyguard for a senior made man.

He was the first to take photos of the new White Tiger (Angela del Toro) when her allegiances were still uncertain. From there, Voorhees was ordered by his Chaeyi superior to test her as a potential recruit.

He briefly fought her to gauge her. But as he started getting excited about the fight, Cobra was ordered to back down to drive his boss to his next appointment. A few days later, he witnessed a clash on a club’s dance floor between Sano-san, a yakuza associate of Chaeyi, and Angela del Toro.

Though Cobra almost recognised her, there was too much perfume in the air for him to recognise her scent.

As White Tiger continued to investigate Chaeyi’s activity in New York City, she clashed again with the Cobra. He eventually bit her and injected a deadly venom. But White Tiger narrowly survived after three days of mystical healing trance.

Del Toro then went on to inflict major damage to Chaeyi and Yakuza operations in New York City with the help of heroic allies.

Piet Voorhees would later go on to join the Serpent Squad.

When doing his job as a bodyguard he tends to prowl. He’ll crawl along nearby vantage points he has climbed upon, such as tree branches or the metallic beams of a warehouse.

Cobra is a professional, experienced enforcer and is fairly smart.

He’s also a complete creep, acting toward women in a predatory, superior way. He openly considers them all potential sex toys. He also has a easily discernible sadistic vibe. For instance he often talks about killing women by squeezing or strangulating them.

The attitude suddenly evaporated when Cage confronted him – but Cage sort of tends to produce that effect.

He’s definitely a bad guy, and seems proud of it.

“She smells interesting. I can’t wait to wrap around her… and squeeeeeeze.”

“I’ll dance all night with you, baby.”

“You do not give me orders. You are a go-between and I get to clean up your mess. Get out. Lose those papers and I will kill you myself.”

“The venom kills in a few agonising minutes. Since you’ve got some powers, you might live longer. It was real, kitty.”

Drawbacks:
MIA toward acting creepy and threatening toward women. 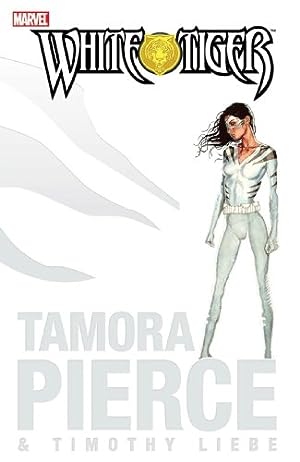 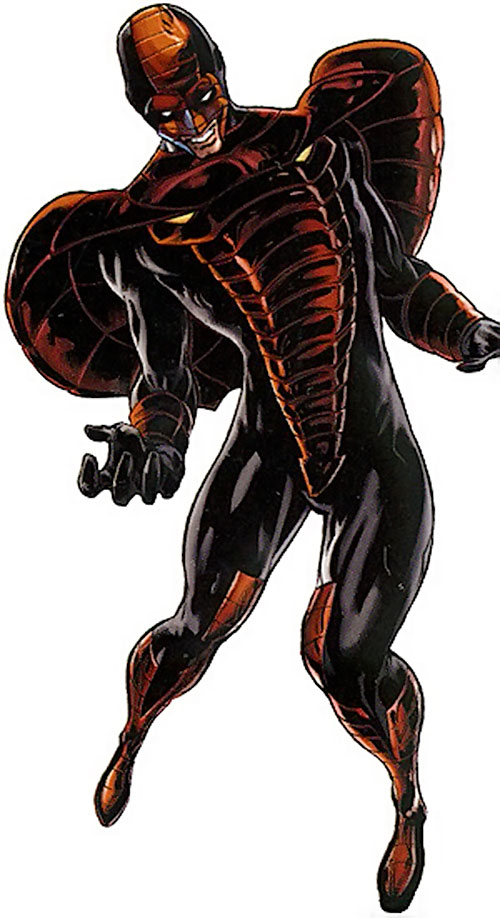 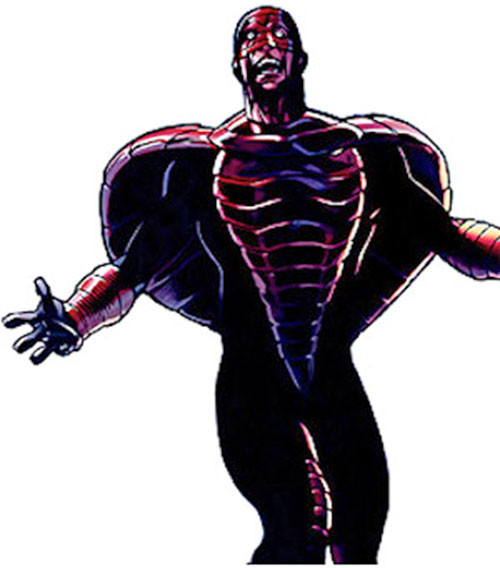 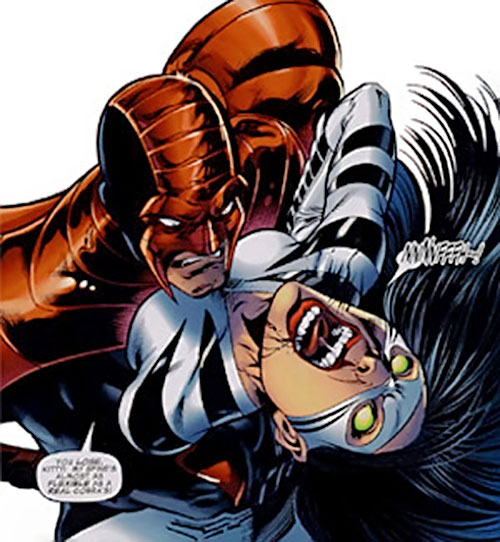