This profile is intended to be read after the Masters of Disaster team profile. Which explains all the background.

Our game stats assume that he’s resilient against cold, though that was never demonstrated.

Coldsnap clearly has hardware technical skills. These do not allow him to run around with gadgets, but he can analyse and modify existing tech.

Coldsnap’s body temperature is extremely low. Touching hot objects is thus much more likely to result in burns. Physical contact with Heatstroke results in an even bigger thermal shock, which has significant odds of knocking the both of them out.

On the other hand, Coldsnap and Heatstroke are good at coordinating their attacks and tactics. 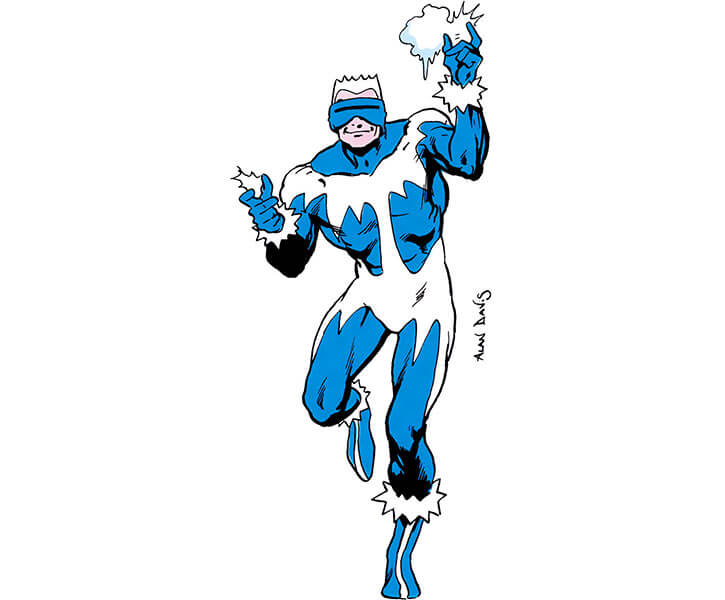 See the team entry for the history.

One bit of dialogue (Outsiders Annual 1985) gives the faint impression that Coldsnap was running an experiment that went awry. And that it’s what empowered him and Heatstroke, to their dismay.

Looking for the cure

In 1984, Coldsnap spotted experimental machinery in Markovia. He thought it might be modified to depower him and Joanne.

However, the machine was mistakenly destroyed by Katana (Yamashiro Tatsu). I doubt it would have worked, anyway.

In 1986/87, Coldsnap and Heatstroke were hoping that the Markovian government would research a cure whilst they were imprisoned there. But the Markovian instead focused their resources on rebuilding their country after the war. 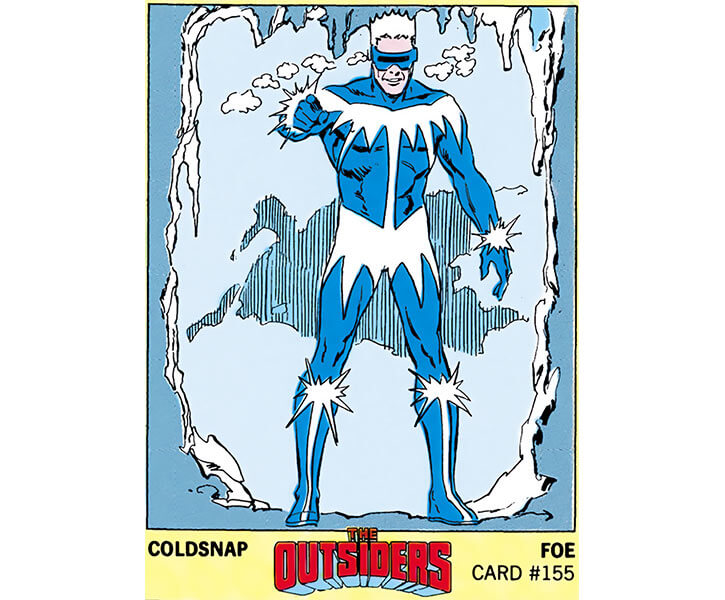 In 1995, the couple paid for an experimental treatment. It backfired. Though they were depowered, they were merged into a single, hulking body.

Calling themselves “Heatsnap” they tried to return to crime in Vanity, Oregon. Batman (Bruce Wayne) and Aztek easily stopped them.

By 1998, they had returned to their normal, powered forms. They were briefly seen in Opal City, and easily defeated by Jake Benetti.

As noted in our Shakedown profile, it is possible that they had just run another attempt at a cure. Perhaps it broke the “Heatsnap” merger but left them weakened for a time.

During the early 2000s, the couple lived in the rogue state of Zandia.

They were present when a small army of young super-heroes led by Wonder Girl (Cassie Sandsmark) attacked the country.

In 2010, the Masters resumed their activities with a modified roster. Coldsnap and Heatstroke had apparently not been in the field for a while.

Though it’s not always pictured, Coldsnap has an altered skin colour. There’s markedly more pink, and less white and orange, than in most White skin tones. His hair is also frozen.

When his powers were neutralised in prison, he had a general Central European skin tone and texture. But his hair still was white.

Coldsnap used to snap his fingers to launch cold attacks, as a gimmick.

Early on he had an athletic but realistic physique. Later on he acquired a heroically muscular build. Perhaps he pumped iron whilst in prison.

His visor resembles low-tech goggles protecting against snow glare. These were traditionally carved out of bone by Native cultures in Arctic and Subarctic climates, though I’d imagine it also was done elsewhere.

Coldsnap wants to feel dominant and, well, cool. Originally he didn’t really want to be a criminal and a killer, but he saw no other option to get lots of money.

The money is to cure himself and Heatstroke. So they can touch each other again and have a normal life. If it were possible, they’d abandon their super-powers in a heartbeat.

During the 1980s, the Masters of Disasters had a thing going where they all did bad puns about their respective “element”.

Darrel and Joanne deeply care about each other. All they want is to be together, and that they can’t touch is the biggest problem with their lives.

Wanting to protect each other may result in accidental contact. Such as reflexively catching the other when they’re knocked back by an attack.

Over time, they became more criminally-minded. 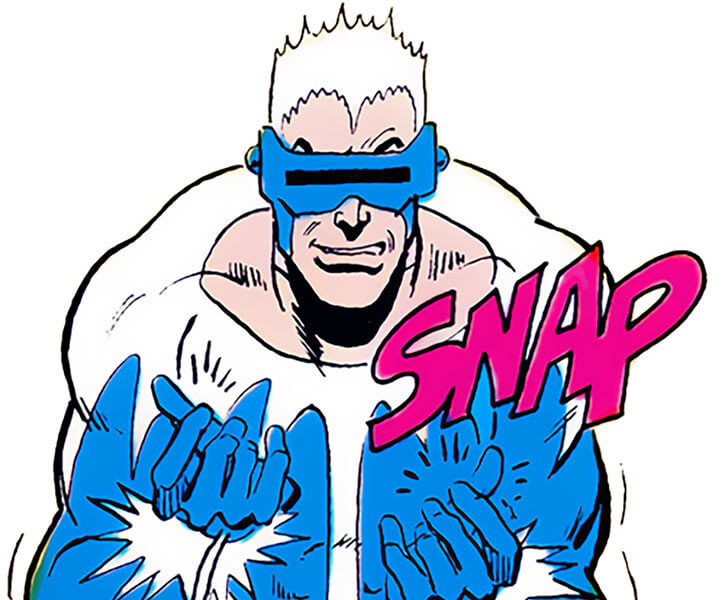 Here again I tried to inherit the Mayfair stats. But I had to tone multiple scores down to reflect the material. Coldsnap and Heatstroke don’t achieve that much, and usually go down in one or two attacks.

They both tend to focus their Hero Points on offense, though this is less true for Heatstroke.

They occasionally Team Attack, which isn’t common among this type of villain.

Here, the “superconductivity turns Black Lightning’s Powers against him” thing is considered a Limitation of Black Lightning, which he eventually bought away. Besides, since it’s never actually used, it’d be hard to stat, heh ?

He *might* have the Scientist Skill, but that ain’t demonstrated.

I’m assuming that Batman’s gloves are insulated against cold, since Coldsnap’s Frostbite never worked against him. Bat-cold repellent !