Cole has an amazing array of electricity-based abilities. He can use these for offensive and defensive purposes as well as for transportation. His common offensive abilites are:

He has very fast reflexes (Lightning Reflexes), excellent coordination (DEX) and astounding climbing and mobility skills (Gymnastics, Climbing and Jumping). Furthermore, he cannot take damage from a fall (Breakfall), and often uses this to land into enemy groups like an electric bomb.

Another useful ability is to create an electric force shield radiating out from his arm, which is strong enough to block most incoming attacks (Force Shield).

By extending his electrical field he can take control of incoming missiles and similar and redirect their course (Reflection/Deflection). By projecting focused bolts from his hands, he can glide through the air (Gliding). And his greatest transportational ability is to electrically ride the rails of a railway or powerlines at great speeds (Running).

Cole’s more finely tuned control over his lightning field also grants him several other useful abilities. He is a living dynamo with excellent resilience and durability (BODY, Regeneration) and seems immune to any and all electrical effects. Instead of being shocked, he can reuse the energy for his own purposes (Energy Absorption). 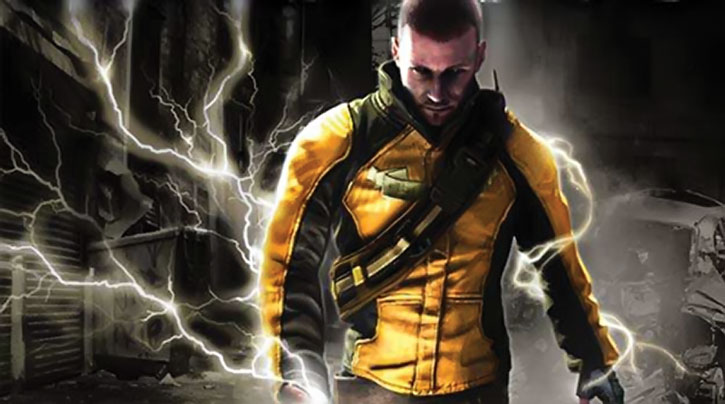 Cole basically lives on electricity as he can use it to augment his own healing at will (Schtick). He can also use his more fine-tuned abilities to heal other people (Damage Transference). Since he constantly absorbs electricity from his surroundings it seems Cole cannot exhaust himself physically (Systemic Antidote). It seems that he burns out any drugs he is affected by pretty fast as well.

Should he need more energy or health quickly he can even absorb the life energy of anyone he touches (Vampirism). With some focus he can also create electrical bonds and shackles capable of binding arrested foes until the police can pick them up (Snare).

He constantly senses all electric field around himself (Detect), and can differentiate and find electrical machinery and people. A more impressive use of his abilities is to see traces of electric residues of people (Thermal Vision). This allows him to track down specific targets as well as see past occurrences in electrical terms (Postcognition).

His main problem is that, due to being so charged, Cole is unable to use vehicles about the city, take up weapons, or swim. Still, with all his abilities he doesn’t need to use any of that anyway.

Cole is an athletic male with closely-cropped hair. He usually wears his bike messenger clothing. It comes complete with the messenger bag on his back.

Cole is often seen travelling across Empire City by one of several methods. He is often hounded by adoring citizens who want his help, his autograph or just to photograph him in action.

Cole is a hero because it seems the right thing to be when Empire City faces its darkest hour. He has no further future plans and takes things as they come. He is rather moody and doesn’t talk needlessly. He doesn’t particularly like being idolized.

Cole is pretty big on revenge. Thus, he would have hunted down Kessler to the end of the world. He really hates to be lied to or being manipulated and then is quite unforgiving.

He was more or less happy with his life as a bike messenger before it all began. But now his powers will be a burden to him until the day he dies. He has to be the city’s only hope.

Having learned that in the original reality he left the city to its own destiny while trying to save his family, he feels lost as to his best course of action and the actions of Kessler, his future self. It seems like whatever choice he would have and will take would lead to Trish’s death, and to him being forced into becoming an involuntary superhero.

It doesn’t help that his future self was responsible for the near-destruction of Empire City either, although he is now intent on changing that future so it doesn’t come to pass. Still, he might become the villain Kessler one day in the future.

Cole used to live with his girlfriend, Trish, until the accident which gave him his powers and killed Trish’s sister. This put a large dent in their relationship until he proved himself by saving the city. However, soon after they had reconciled, Trish was killed by Kessler. 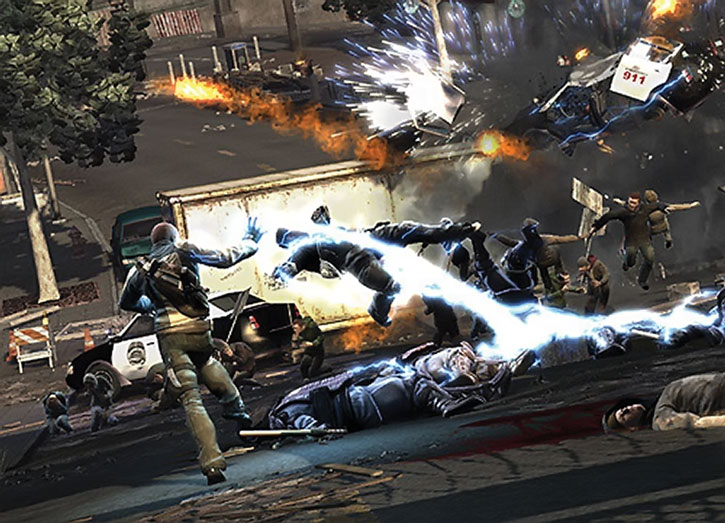 He was basically blackmailed into working with FBI Agent Moya Jones. Once it became clear that she was not whom he thought she was he cut her out completely from his heroic life. She will, however, probably remain a connection should he require her assistance. NSA Agent John would likely have grown into a good friend, but he died prematurely.

The chief of the Empire City prison, Warden Harms remains a useful contact, although they have only a professional relationship. His best friend used to be Zeke “Jedediah” Dunbar, until he betrayed Cole due to jealousy. Their relationship remains strained at best, and Cole is basically alone in the big city.

“Thanks, scumbag, you’ve been really helpful !”

Drawbacks:
Fatal Vulnerability (Cole is attacked by his own Lightning power as long as he is immersed in water and in this case his Energy Absorption does not function), Guilt (Failure to save Trish, possibly becoming Kessler and indirectly being responsible for the near-destruction of Empire City), Misc. Drawback (Electric dynamo – Since Cole is vivified electricity he cannot dampen his powers enough be able to use vehicles or weapons; he will likely short-circuit or overcharge any vehicle or weapon that he touches), Mistrust (until the very end only).

Source of Character: inFamous game on the PS3 console. 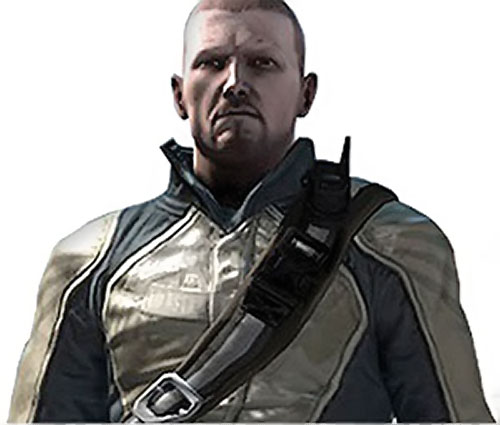 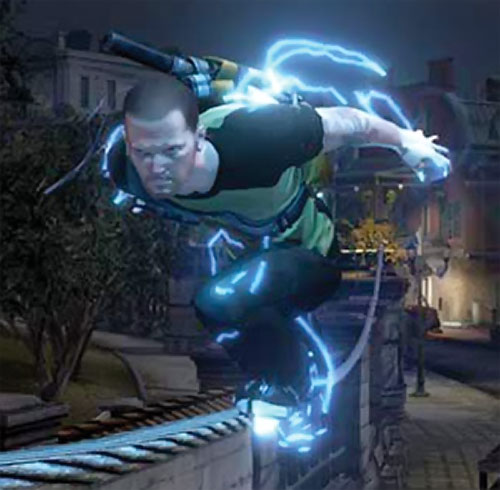 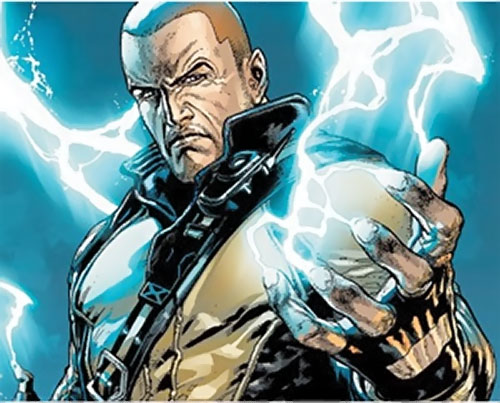 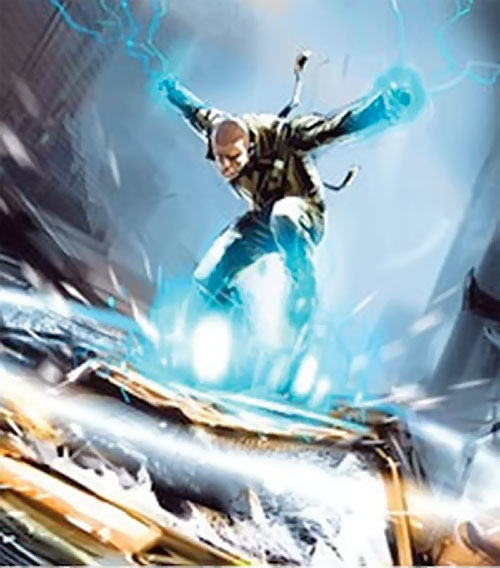 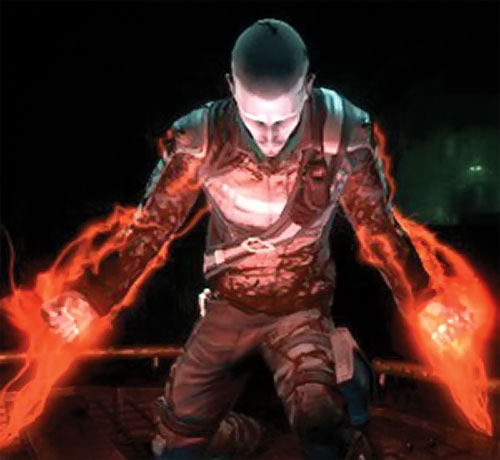 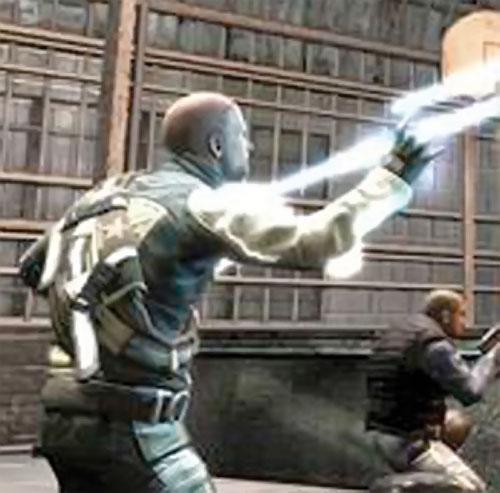