Rosetti formerly was a skilled platoon leader with early HDC training. He has experience with warfare against aliens. He’s a very smart, courageous and adaptable man, and a soldier’s soldier.

Despite being brass, he leads key operations from the thick of it, and still has excellent skills as a soldier in the field. Rosetti does not normally get overwhelmed. Thinking on his feet, he can usually come up with new approaches and ways to exploit an advantage despite the confusion and unknown that HDC assignments entail.

Rosetti is rock-steady and charismatic, and is appreciated by his men.

During the very first deployment of the HDC in Bulgaria, Rosetti was the one who realised that the opposition was not Durlans. Then, he came up with holy napalm to destroy what he assumed were vampires. He was promoted from his position as platoon leader to Colonel, and became one of the COs  of the HDC. 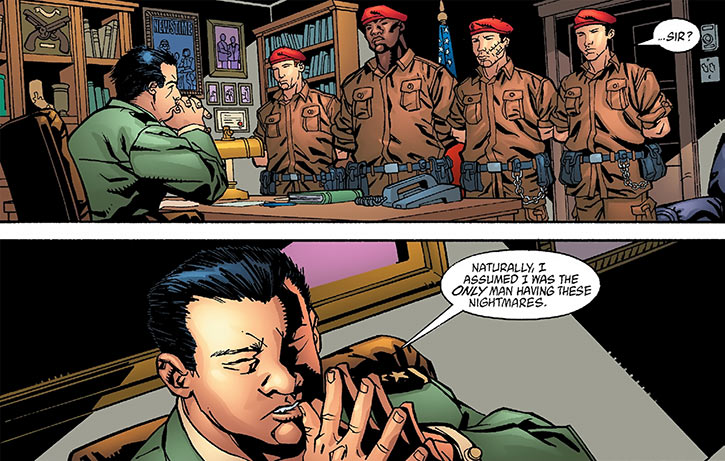 He led many of the operations of the HDC. Then, several of his men discovered they were sharing similar nightmares – which he also experienced. Rosetti had the PSD determine that those were trans-death communications. He then led the combat rescue operation in Hell, and took the initiative to set up Sergeant Kelly there as local ruler.

Rosetti has a rounded face, which gives the impression that he’s a bit on the fat side. He’s actually quite fit. It’s a matter of bone structure, not body fat.

Collected, decisive, resourceful man in charge. He’s businesslike and pragmatic, and has a “no man left behind” ethos.

He authoritatively drives his men toward extra effort, and has a mediocre tolerance for failure and poor execution.

“Why is this hostile inside *my* perimeter with his head still *attached to his body* ?!? WHY ?!?”

“Get a squad down to those men in the AAV and if see if they’re hurt. Stretchers and weapons…”

“Taylor ! I don’t care if you’re alive or dead, but as long as you wear that uniform you’re still under *my* command !”

Kelly: “I never even thought of that.”
Rosetti: “That’s why you’re a non-com and I get brass on my ass.”

Equipment:
Rosetti has access to HDC equipment. In the field he wears the standard SEGMENTED BODY ARMOUR and Tactical Headset Radio. He’s not encumbered by heavier equipment, though he packs (and uses) a .45 handgun, carrying three or four extra magazines for it. 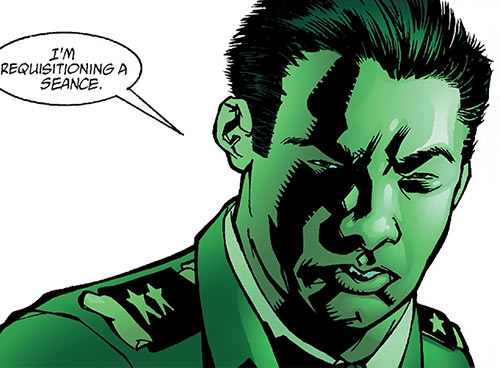 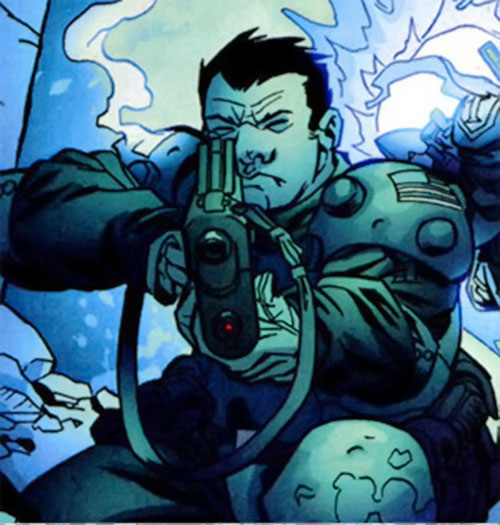