The ominously-nicknamed Combat is a redoubtable hand-to-hand fighting expert. He has lots of hands-on experience and advanced training in several martial arts. He prefers not to use firearms, though if there are some lying around as a result of a fight he might pick one, if only to deny it to an opponent.

This being a comic book world, he can afford to engage men armed with guns with his bare hands and win. However, he’s cautious and manoeuvres to end up too close to his opponents for them to use guns. Combat attacks by surprise when feasible.

Combat excels against multiple unskilled opponents, and in punching and kicking joints out of alignment to disable more dangerous foes.

Combat was one of the seven hitmen hired by American mobster Rosalie Carbone to eliminate the Punisher.

Thinking it would motivate her hires, Carbone offered an astronomical bounty (five mils in early 1990s dollars). This was a mistake, since it encouraged the killers to double-cross each other as they hunted down the Punisher rather than focus on their deadly target.

Combat managed to corner the Punisher, disarm him and break one of his knees to incapacitate him. However, thanks to his tremendous tolerance for pain, the Punisher managed to quick-draw his holdout gun and shot Combat in the heart with two .22 magnum rounds.

Combat hasn’t been seen since and is presumed dead.

Basic macho cowboy with stereotypically Texan traits, though he seems to be generally pragmatic rather than a grandstander.

He’s concerned with developing his rep, and looking professional and fair in his dealings with his employers.

“I think them Chinese fellers set my nose back in my face about an inch. What they lacked in skill they made up for in enthusiasm, pards.”

Equipment:
Combat owns at least one genuine Stetson hat (but not one of the larger ones, though) and a classic, options-rich, smooth-riding Buick adorned with a longhorn skull in front of the hood.

This profile uses a Skilled Power rather than an optional rule to describe his joint-busting attacks as with some of our wrestling profiles, so people can compare the two approaches. 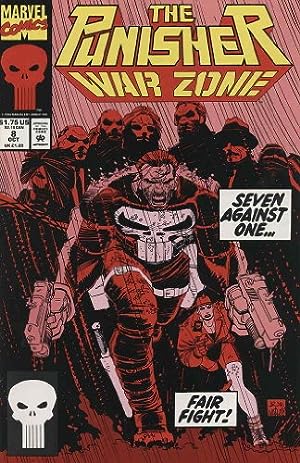 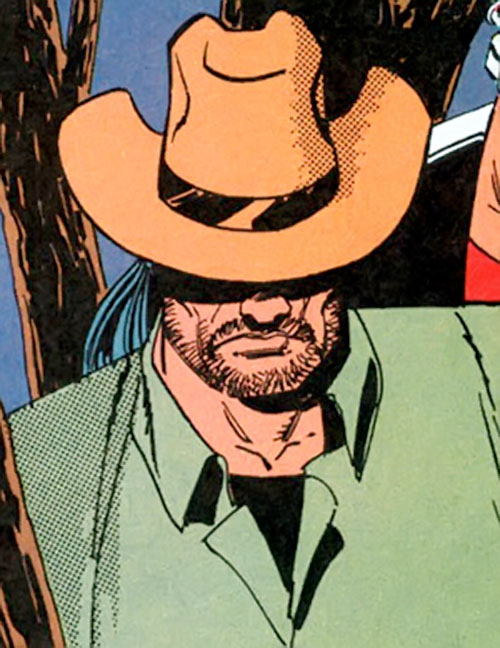