These androids appear in the second Aliens vs. Predator video game – the 2001 one. They are synthetic creations similar to Bishop in the Aliens movie, but trained and used as shock troopers.

Other fiction in the Alien setting features combat synths, but this article is specific to this game.

A combat synthetic is an android, a robot that appears to be a human being. Combat synths have been reinforced with armor plating and more powerful hydraulics. That gives them even greater strength and durability than standard synths, which already exceed humans in those areas. Combat synths can continue functioning despite severe damage as long as the head and upper torso remain intact.

Combat synthetics have basic military programming, but their overall skill set is not as varied and in-depth as the skills of standard synthetics.

Synthetics do have some intuitive ability, though not at the level of human beings. This is not considered a serious drawback for combat synthetics, since their duties tend to be rather basic and a lack of creativity keeps the combat synths from going too far astray of their assigned tasks.

In the future depicted in the Alien movie series, androids (also known as synthetics) are produced by the Weyland-Yutani corporation (and possibly other companies). They have become commonplace in human society.

They are mostly used as support personnel in places where skilled labor is at a premium. These androids can be quickly programmed with whatever necessary skills are demanded. They are particularly favored for sealed environments where their lessened life-support requirements make them more valuable than a human assistant with similar skills.

Synthetics were not used as combat troops, as specified by the Geneva Convention. To facilitate this and alleviate any concerns about renegade synthetics harming people, all synthetics were programmed to be incapable of harming a human. However, some synthetics have been illegally modified to circumvent that programming.

Kill or be killed

Following the xenomorph incident on LV-426, there were an increasing number of encounters with a variety of hostile alien species. The most prominent were Xenomorphs and Predators. As a result, traditional paranoia about combat-capable synthetics posing a danger to humanity has given way to more immediate concerns about lethal extraterrestrials.

Combat synthetics do not have the bland, harmless appearance of standard synths. They are large, muscular, and hairless. This imposing look is enhanced by their combat armor and weaponry.

Some of their armored chassis takes the form of reinforcing metal strips. These run in horizontal lines along the backs of their torsos and arms and the nape of their necks. This betrays their artificial nature upon sight.

Just as their appearances stray from traditional synthetics’ mimicry of humans, so too do their voices. It is a bass monotone with an electronic timbre.

Combat synths are dressed in standard olive green fatigues and heavy combat armor, the latter of which consists of bulky gray clamshell vest and greaves.

Combat synthetics tend to be very straightforward, almost dull individuals. They stick very closely to their orders and when in doubt shoot first and ask questions later.

They will constantly update one another and their human controllers about their current status with simple declarative sentences such as the ones quoted below.

Synthetics could be Weyland-Yutani’s competition with Brande Industries’ Blues in the 30th Century, if one is using the Bierbaum LSH. Combat synthetics would likely be found in heavy weaponry support roles for Science Police units or even operating in independent fire teams.

Note:
Some combat synthetics may be programmed without the CIA. Such synthetics are highly illegal and any corporation manufacturing them would be seriously punished. Therefore, “killer” synthetics tend to be used very sparingly, usually when the risk of surviving witnesses is minimal to nonexistent.

Synthetics of this nature are considered to have a Dark Secret, as both the government and their manufacturers would order them destroyed (in the latter case to dispose of incriminating evidence).

Equipment:
Combat synths always have be equipped with combat armor, a knife, and a pair of pistols. For close quarters battle, synths usually carry a pulse rifle. Otherwise, they will usually be armed with a smart gun or minigun as the synths’ great strength allows them to use these heavy weapons effortlessly.

Synths working from high observation points may be equipped with a sniper rifle instead to take advantage of any tactical opportunities that present themselves. 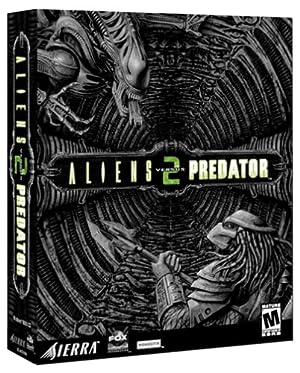 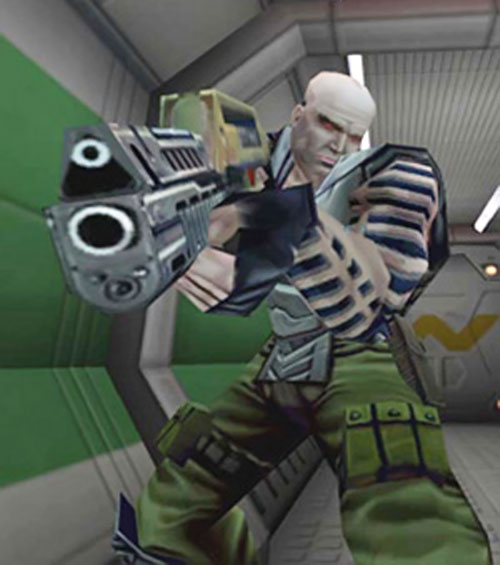