It is at once a superiorly-made over-the-top action movie, its own parody, and a commentary about the self-defeating nature of such parody. Or at least that’s what I keep telling people, but then I’m always right because I have secret special forces training in such matters. All this when “stony-faced body-building champion with a machinegun kills hordes” was still new.

John Matrix had over a decade of experience in commando operations before he retired. Like most action heroes, retirement has not dulled his abilities one whit. He is highly intelligent and adaptable, and has an incredibly well-developed physique.

He has an uncanny ability to find a convenient source of weaponry whenever he needs it, whether it’s in a garden shed or the back room of the local gun shop.

Being an over-the-top action hero, he’s able to perform slightly superhuman feats (and look good while doing them). He can take on entire platoons of cannon-fodder troops. His preferred combat technique basically involves whittling the enemy down with pre-placed explosives, then mowing the survivors down with a wide variety of weapons.

Sometimes he spends Hero Points  on reloads, but for the most part he fires one gun dry and starts shooting with the next, sometimes grabbing additional weapons on the run.

John Matrix is the son of two East German scientists who defected to the United States in the early 1960s. Enamored by both the new country he was in and the military personnel that helped him and his family escape, Matrix joined the army when he reached the age of 18.

There, under the guidance of General Kirby, he became one of the finest commandos in army service. His team was one of the most renowned in military circles.

Their success also made them a great many friends and enemies around the world. Said enemies including the Syrians, various South American countries, the Russians, and numerous terrorist groups. The team’s one dark moment came when Matrix expelled Bennett from the team in the wake of the liberation of Val Verde.

Bennett was a psychotic who “enjoyed killing too much,” in Matrix’s words. The new President of Val Verde named Matrix a Hero of the Revolution.

Matrix took a desk job when he learned that his wife had cancer. Matrix spent her last months exclusively with his family. He promised his wife and daughter that he would not leave them again. Matrix retired shortly before his wife died.

The rest of his team decided to move to stateside jobs. They had become too recognizable to continue covert work. Matrix himself became a civilian consultant. All of the team members were given new identities to keep them from being tracked down by the enemies they had made.

Matrix enjoyed the normal life he was building with his daughter, until his idyllic retirement was shattered when General Kirby arrived with news that several members of his team had been assassinated.

Now that was a mistake

Soon afterward, Matrix’s daughter Jenny was kidnapped. The operatives were working for Bennett (Matrix’s psychotic former team-member) and Arius, the former dictator of Val Verde deposed by Matrix’s team. They were the ones who had killed Matrix’s former colleagues to root him out.

They told Matrix that he had to assassinate the president of Val Verde or they would kill his daughter.

Matrix managed to take out his guard and escape his flight to Val Verde, unbeknownst to his enemies. From there, he killed his way up the mercenary food chain until he tracked Arius and Bennett to their island fortress. He demolished their hideout, slaughtered their army, and killed Arius and Bennett. Retrieving his daughter, Matrix went back to his quiet life in the mountains.

Matrix is a giant of a man. He usually moves with the casual grace of a trained body-builder (oddly enough 😉 ). His hair is worn in a military brush cut. He wears clothes appropriate to the occasion, whether it is standard civilian attire or loose-fitting comfortable military fatigues.

John Matrix has retired from military life, and all he wants to do now is be a good father to his daughter.

He still has the keen perception and ruthless determination that made him such a fierce soldier. Matrix speaks with a thick Austrian accent and is known (and loved) for tough-guy banter in combat.

Sully: (stuffing money in Matrix’s pocket) “Here, Matrix, have some beers in Val Verde. It’ll give everyone more time with your daughter.”
Matrix: “You’re a funny guy, Sully. I like you. That’s why I’m going to kill you last.”
Later, dangling Sully over a cliff by his ankle, using one hand: “I have to remind you, Sully, this is my weak arm… Remember, Sully, when I promised to kill you last ?”
Sully: “That’s right, Matrix ! You did !”
Matrix: “I LIED.” (lets Sully drop)

Cook: “You scared, motherfucker ? Well, you should be, cuz this Green Beret’s gonna kick your big ass.”
Matrix: “I eat Green Berets for breakfast and right now, I’m VERY hungry!”

Bennett: (after wounding Matrix) “John ? How’s your arm, John ?”
Matrix: “Come over and find out.”

(Holding Sully over a cliff) “Listen, loyalty is very touching. But it is not the most important thing in your life right now. What is important is gravity.”

Matrix : “Don’t break radio silence until they see me.”
Cindy : “How will I know ?”
Matrix : “Because all fucking hell is going to break loose.”

(The plane’s engine refuses to start. Matrix stares at the dashboard). ”Fly or die.” (the engine starts) “Works every time.”

Cindy : “But you don’t even have a car !”
(Matrix flips Cindy’s overturned car back upright) “I do now.”

“Ha ha. You know, when I was a boy and rock ’n’ roll came to East Germany, the communists said it was subversive.” (pause, thinks) “Maybe they were right.”

Kirby: “Did you leave anything for us, John ?”
Matrix: “Just bodies.”

John Matrix can be used in any situation requiring a soldier with a heroic skill level. Of course, John Matrix *can’t* lose, so he should miraculously survive any lethal predicament in which he’s caught.

It’s almost a genre standard to have the safety of friends and/or loved ones at stake when Matrix goes into action. It justifies his use of Killing Combat without Hero Points  loss and allows him to get away with however much collateral damage results from his actions.

Advantages:
Gift of Gab, Intensive Training, Iron Nerves, Leadership, Lightning Reflexes, Luck, Shtick (shotgun man), Miscellaneous (Weapons O’ Plenty — for 5 HPs, Matrix can find a weapon of opportunity (from a shotgun to a saw blade) or continue firing an empty gun as if he had just reloaded, and for 15 HPs he can find a weapons cache), Sharp Eye.

Equipment:
Matrix has a weapons locker full of military weaponry at his home, and is quite proficient at gathering whatever he needs through any means necessary.

Given time to arm himself, he will ofttimes be carrying more firepower than a platoon of average troops. Here’s a list of what Matrix was carrying in his duffel bag (or acquired on-site) during his final confrontation with Arius’ private army:

Arius: “Your father seemed to be cooperating. You will be together with him soon. Won’t that be nice ?”
Jenny: “Not nearly as nice as watching him smash your face in.”

Jennifer Matrix is being trained by her dad — some of this training is actually seen during the opening credits of Commando. She could make for a cute PC or NPC. A Romance Subplot between an older Jenny and a PC, with Matrix as the over-protective father, could be a lot of fun.

Matrix works out to a 2.5-3x Multiplier Character, depending on whether or not you charge him HPs for his guns. God help the poor PC who lets his beloved Jenny get kidnapped by his foes. OTOH, given her childhood, an adult Jenny might well end up thrashing the PC’s foes by herself. 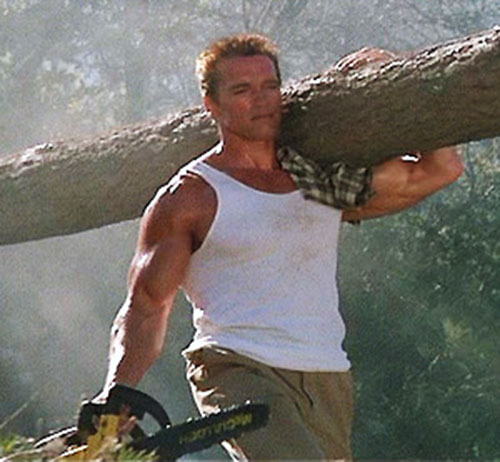 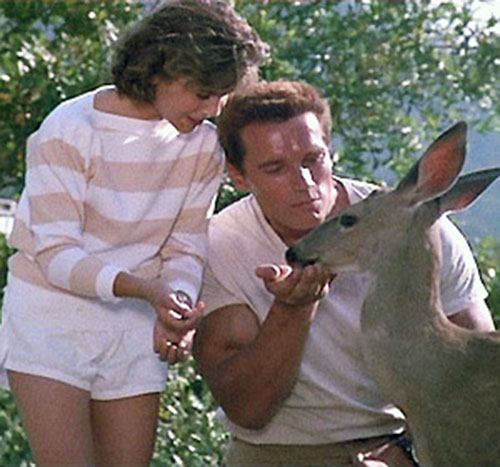 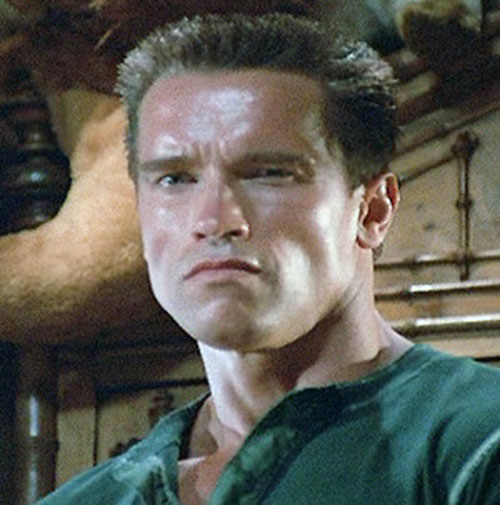 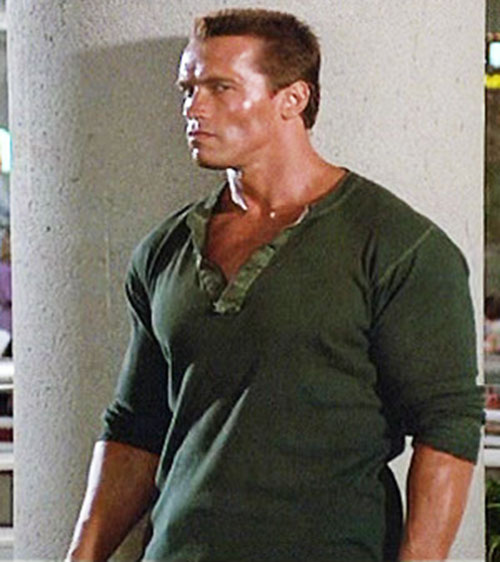 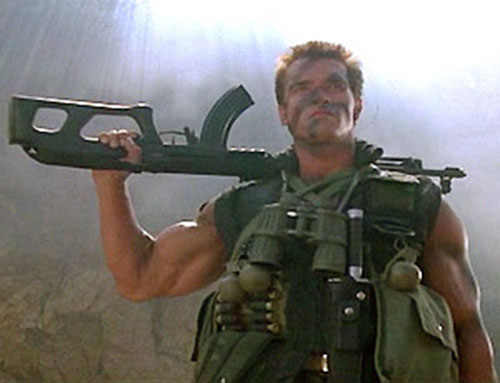 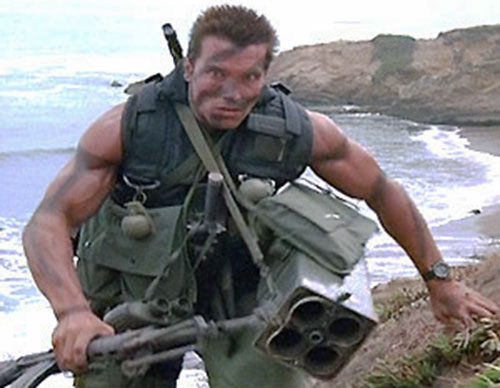 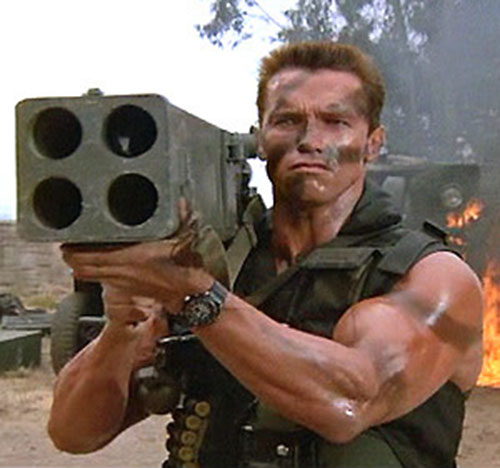 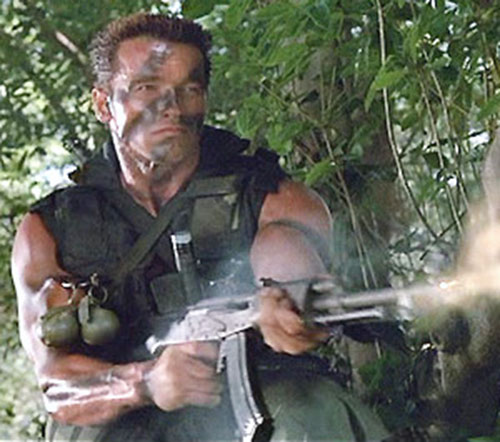 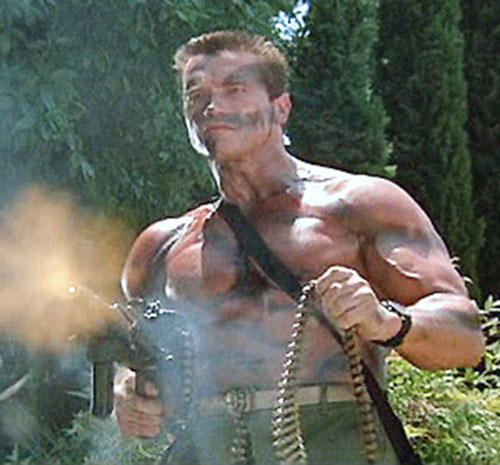 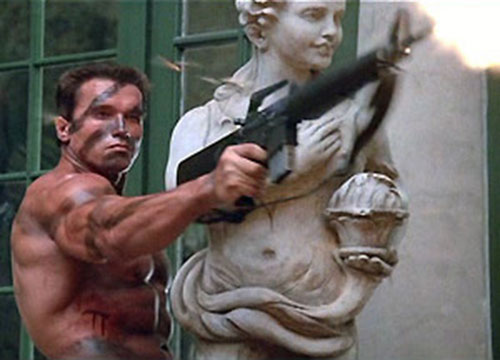 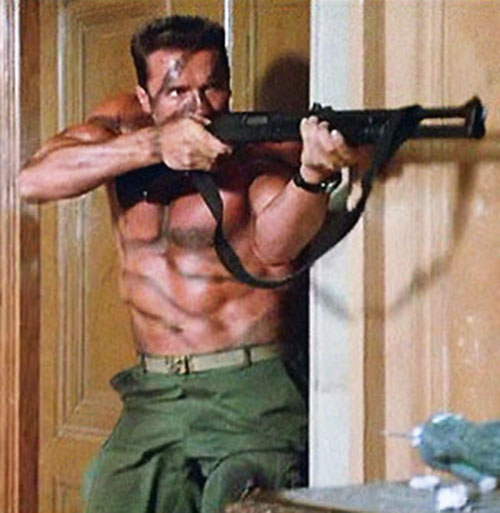 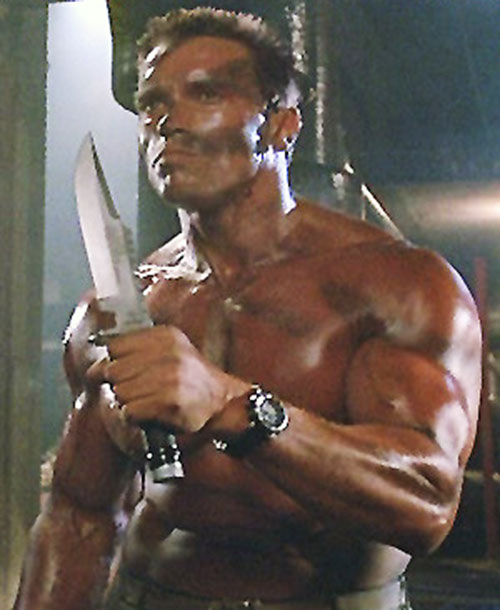 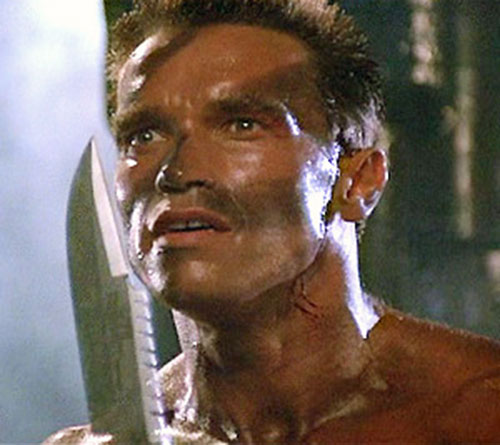