This article is 100% meant to be read after our Ulysses Bloodstone character profile, and won’t make much sense otherwise. It used to be a part of it, but was spun off for reading comfort.

The Conspiracy is an obscure corner of the Marvel Universe’s past, first seen in 1975. It could easily spark scenarios, NPCs or even PC background ideas.

So what do we know ? Not much.

Ulluxy’l Tae Kwan Syn thought he belonged to something called the Conspiracy. What it was was never revealed. The three main possibilities are : 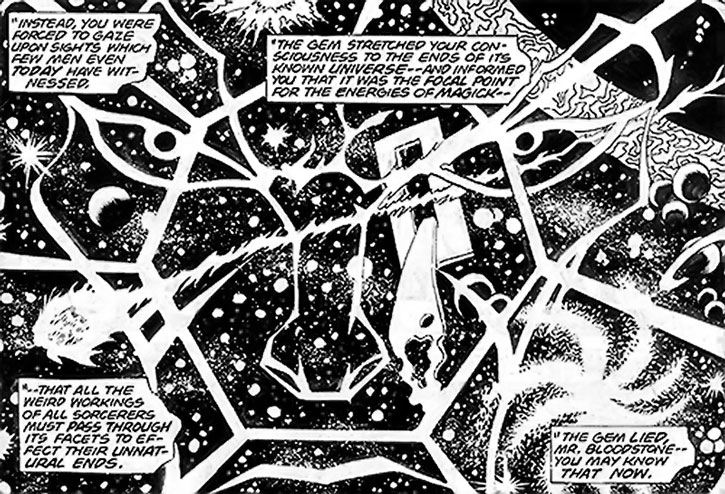 The Conspiracy seen during the 1970s

A five-members Conspiracy was assembled by the Exo-Mind. Bloodstone detected its existence in the mid-1970s. It presumable isn’t much older than that. 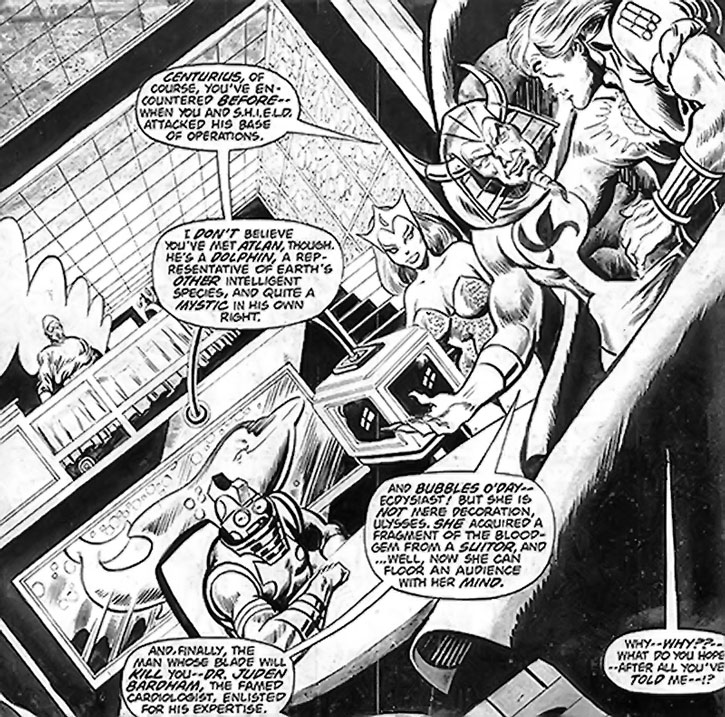 In the 1970s the Conspiracy, likely guided by intelligence from the Exo-Mind, swept up the last fragments that were out there in the wild. Well, except for the Bloodstone Choker. Rebuilding the Bloodgem could be done quickly from there, by :

Membership of the Exo-Mind’s Conspiracy 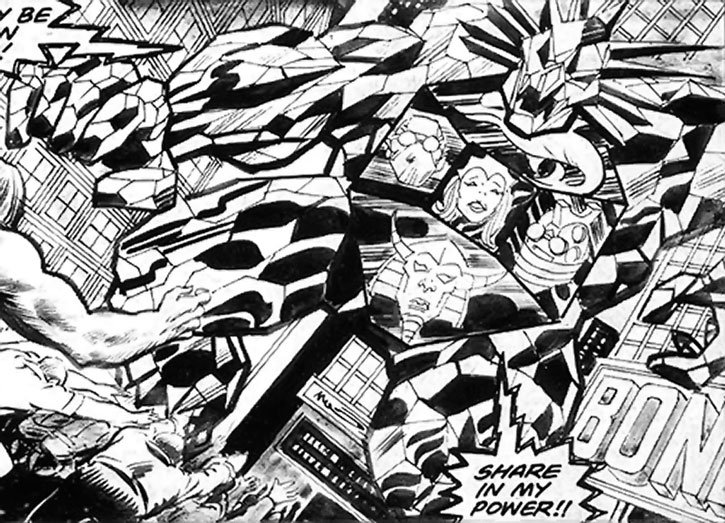 My interpretation of the roster would be that the Exo-Mind needed Centurius to do the heavy lifting, plus four useful idiots. All that mattered, apparently, was to have five trained persons do the Ritual of Joining to reconstitute the Bloodgem. Of course, if one of them intrigues you as a GM and you want to weave them into your campaign’s history, you can make them more than a patsy.

When Bloodstone scried the captured souls of the Conspiracy members, he knew that they were “evil” persons. Keep that in mind if you want to use them further in your campaign.

Remainder of the Conspiracy facts

Ulluxy’l used seemingly human operatives, armed with energy pistols. Their eyes had been altered to allow them to see in the dark. This apparently also meant that their eyes looked weird.

The readers never see how altered the eyes have been, so I’ve assumed a Creepy Appearance. Agents not operating in the dark will wear sunglasses.

This demonic-looking creature was conjured by Kaballa. Or perhaps conjured by the Exo-Mind and placed under Kaballa’s orders. He was to attack and capture Ulysses Bloodstone at the UN. While it was only briefly seen (the stats are thus tentative), he was an unusually powerful servant of the Conspiracy. Sharzan could make himself unto a giant, and could control the elements.

“Fool ! You can’t defeat Sharzan by kicking him !”

Skills:
None demonstrated, but possibly APs of Occultist. 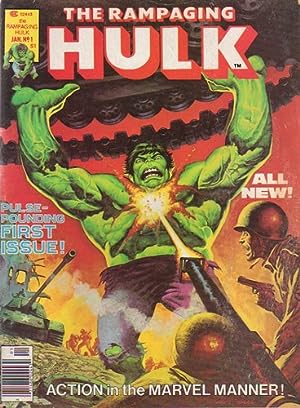 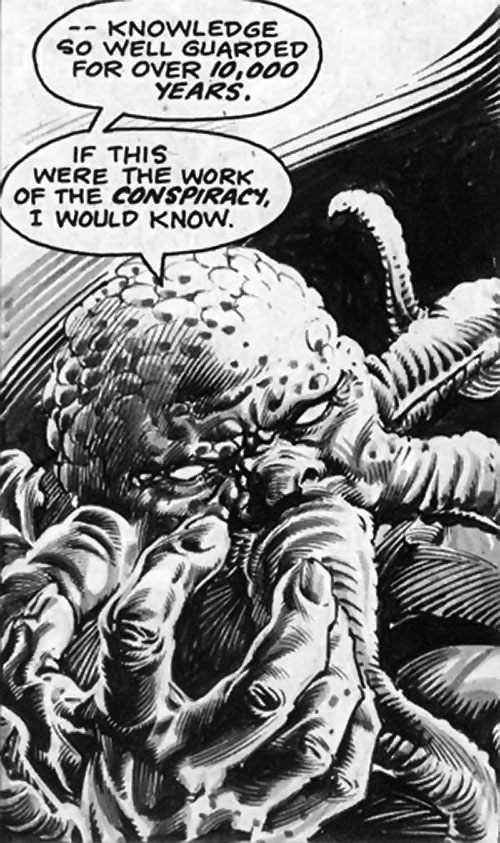 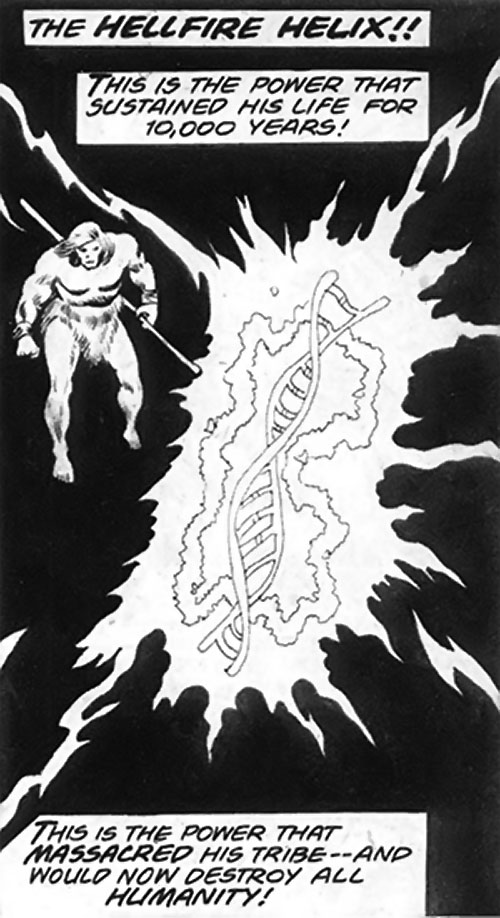 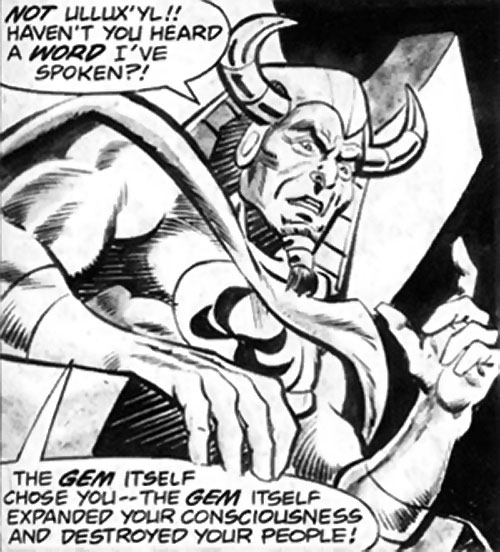 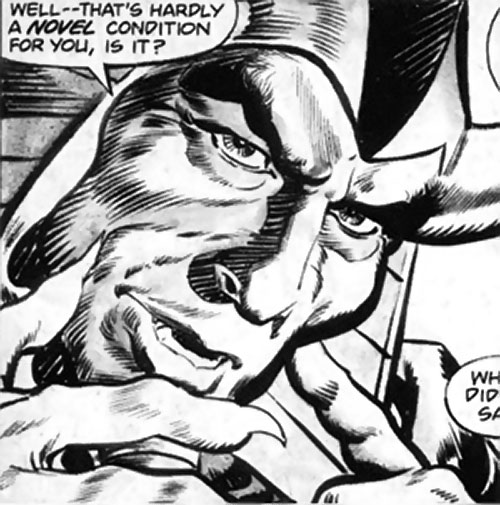 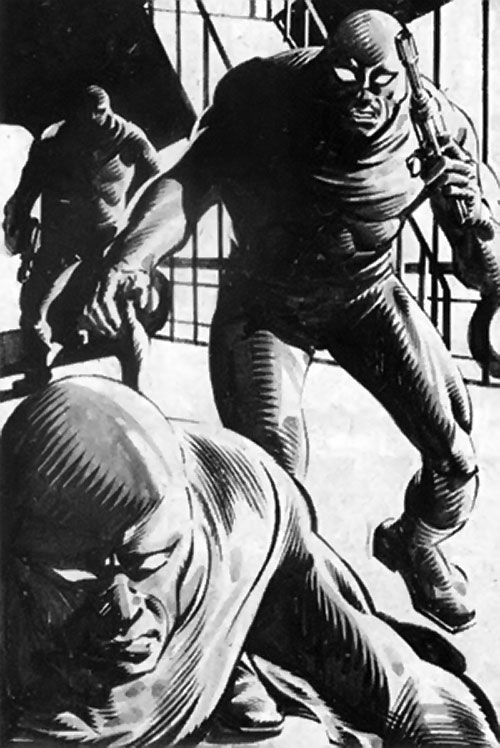 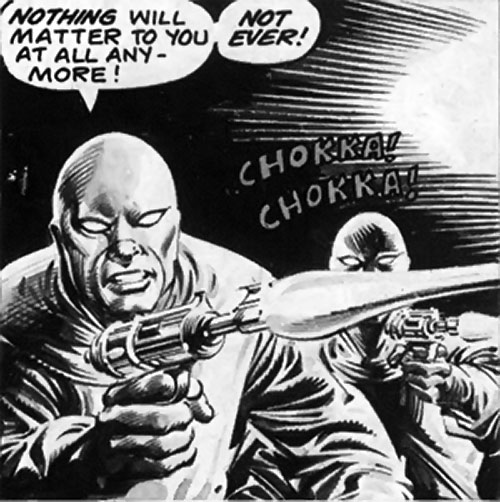 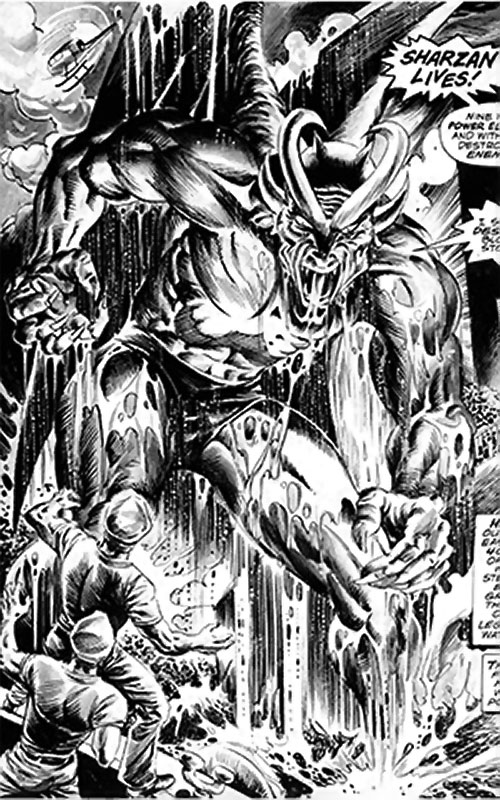 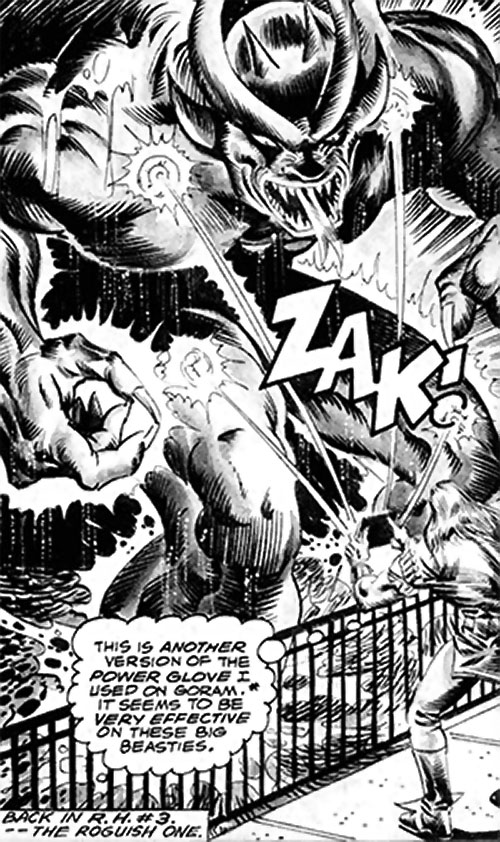