Rationale for this random character

Janet Whitechapel was a pretty good thief despite lacking training. That was overcame by her power to animate images.

She used to animate an all-black picture to fill a room with darkness and then animate different gizmos portrayed in catalogues of the most diverse origins. That’s where she earned the nick of Broken Blackout. That’s when Nixon  still was the president.

In our present days Janet is an old woman who wanted to keep the pace of the times. She discovered the means used by the hero Hide‘n’seek to travel to Atlantis and managed to arrive to the Ancient Poseidonis.

On that lost age she stole a relic of great power, The Pearl of Qarlok, that gave her the power to stole others’ looks, memories and powers, to lift up almost half a ton from a distance and to split in two other selves.

In the journey back to the present, something went wrong and Janet absorbed the powers of the pearl. But the explosion left her even more feeble than before in the physical department (she now can’t split without risking to die). The underworld now talks of a new villain called The Copycat… and the Copycat tries to recover her energies and, if possible, being young again.

“Take a dose of your own medicine.”

Before the explosion on the time travel to the present: 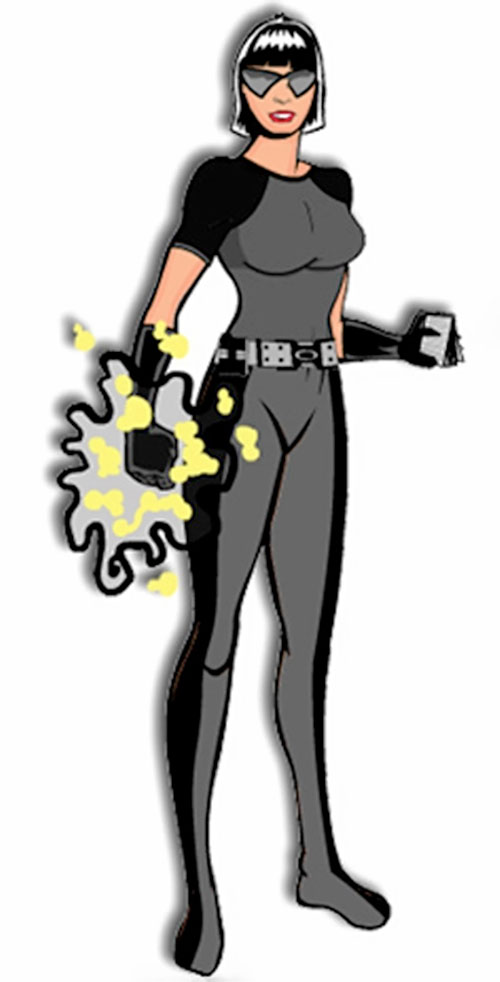