This minor character had but two brief appearances in 2016 Batgirl stories. So that’s after the Flashpoint and New52 thingies, and during the Batgirl of Burnside softboot  era.

There’s precious little data about her. And she’s the sort of character that DC tends to forget about rather than return to and develop.

But on the other hand, that makes her useful for Gamemasters looking for a low-to-mid-level super-bruiser for their own stories.

She’s cybernetically enhanced, with muscle replacements (and extensions, in the case of her arms) made of carbon-fiber nanotubes. These are electrically-actuated. There likely are various reinforcements so her joints, bones, skin, etc. can keep up.

She can lift multiple tons – likely “Class 15” or so. Her sheer mass and the artificial muscles also make her nigh-impossible to harm using unarmed or concussive attacks. But against most other attacks, she’s about as tough as you’d expect from a 300+ lbs. soldier.

It is also possible to overload her muscles with a major electric shock… but then, such a shock would take down most everyone anyway.

With her size and huge arms, she can easily hit multiple foes at once in a sweeping motion if they stand close together.

She likely is a trained soldier.

When first seen, the Corporal had been arrested and fitted with inhibitors by the GCPD in unrevealed circumstances.

In some panels she seems much larger – up to five metres tall. Our vitals assume that it was artistic exaggeration, but it is possible that she has a gradual growth power.

When first seen, Vicky seemed nice enough. In fact, considering that she was at that point being held in cuffs by a skeevy cop at the precinct, she was downright friendly.

Then her demeanour completely changed to that of a domineering, cruel authoritarian who wanted everyone to suffer and die. She insisted that they had to be “punished” for her own pain.

One gets the impression that there’s an implant that hits her with constant pain and drives her to unchecked aggression. Such an implant would have been neutralised by the GCPD’s inhibitor cuffs, explaining the difference in attitude.

(As a Batman mecha comes in) “Robots ? What’s the point of trying to punish brainless robots ?”

Advantages:
Familiarity (Military equipment and protocols), Misc.: her unarmed attacks can have a 0 APs Area of Effect.

All Skills are arbitrary. Lack of material, therefore most everything is an overeducated guess. 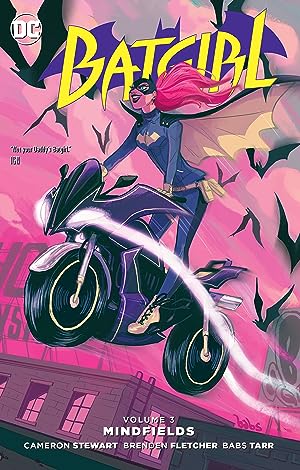 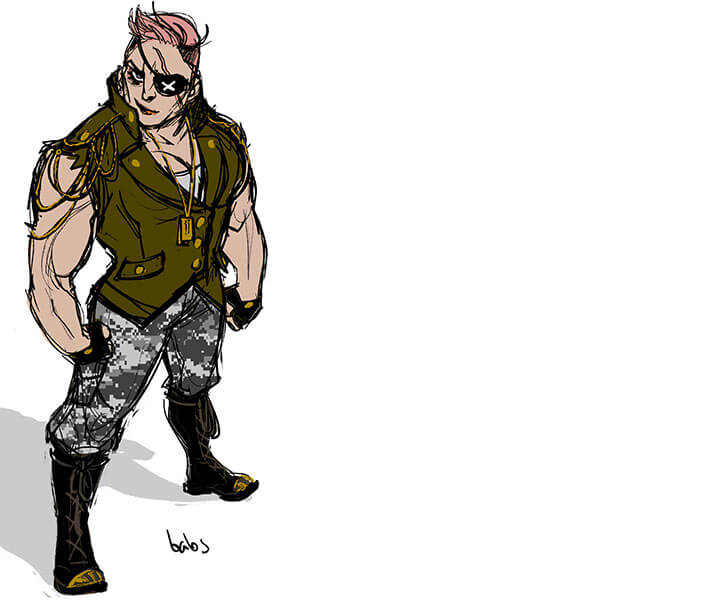