Rokk’s natural Braalian magnetic powers have always been much stronger than most of his fellows, and he has honed them to their peak. He can attract, repel, or control any magnetic atom or ore. In DC Heroes RPG terms this is Magnetic Control and Metal Manipulation. For instance he can :

He can affect bio-organisms by the trace metals in their blood, tossing them around almost like he would metals (Attraction/Repulsion). He can even use this as a weapon against living beings, though this risks killing them and is extremely rarely done (Energy Blast).

Other occasional uses of his magnetic powers include creating Force Fields, Flying, and detecting distortions in magnetic fields (Detect).

As a magno-ball champ, Rokk honed his magnetic skill to peak levels (Accuracy). Rokk’s years with the Legion and as an athlete have seen that he is in top-notch physical shape. He has studied ku-jui, a Braalian martial art, as well as the Legion’s personal combat training (Physical stats, Martial Artist).

He is also a skilled pilot and tactician and a natural leader (Vehicles, Leadership, Military Science subskills). Rokk is greatly interested in Terran history, and particularly in the 20th century (Scholar).

As a Legionnaire, Cosmic Boy uses the standard LSH equipment. He flies with his Legion Flight Ring, and can survive and communicate in space with his Transuit and Telepathic Earplug.

Currently, Rokk is a Reservist ; as such, he retains the Flight Ring but not generally the other equipment.

Rokk Krinn is the oldest son of Braalian parents, born while the family lived on Earth in the mid-30th century. It’s never been clear whether Rokk’s magnetic powers, native to all Braalians, are so strong despite being born on Earth, or because of it. Rokk’s family eventually moved back to Braal, but economic conditions there were extremely poor.

At age 14 — the age of legal adulthood on Braal — Rokk was already expected to contribute to the family finances. He first attempted to do this as a professional mango-ball player, and had some success, but lost in his first championship match.

So the family sent Rokk back to Earth, where many Braalians found work using their magnetic powers. Rokk was to seek employment with Dr. Bojeau, a geologist, using his powers to help locate and remove magnetic ores.

No sooner had Rokk arrived on Earth, however, than he and two other super-powered teenagers foiled an assassination attempt on R.J. Brande, one of the richest sentients in the United Planets. Brande, who was an avid fan of 20th century super-heroics, encouraged the three to make their team-up permanent, with him as their financier.

Rokk, himself a 20th century history buff and a great fan of heroic icons Superboy and Supergirl, jumped at this idea, and the Legion of Super-Heroes was born. A personal call from Brande to Dr. Bojeau got Rokk released from his contract, and he helped found the Legion using the codename of Cosmic Boy.

Computer analysis of the three founders (the other two now called Saturn Girl and Lightning Lad) showed that Rokk had enormous leadership potential. Thus, he was chosen as the group’s first leader. Under his guidance the Legion blossomed, gaining status as deputies of the Science Police and becoming a Legion in fact as well as name.

Membership swelled as the Legion become a modern-day legend, growing from the original three to 18 members during Cosmic Boy’s tenure as Leader.

It was Cosmic Boy who first suggested that the Legion use the recently-invented Time Bubble to recruit Supergirl and Superboy for Legion membership. Despite his success as Leader, Cosmic Boy was dedicated to seeing the team grow and evolve independently of him, so he stepped down and made way for others to lead.

Cosmic Boy’s early prominence caught the eye of a teenage girl named Lydda Jath. She had her scientist father give her super-powers at least partially so she could leave her homeworld of Kathoon and meet the dashing Legionnaire when she applied for Legion membership.

Lydda’s powers were not deemed sufficient for the Legion, but as Night Girl she went on to help found the Legion of Substitute Heroes, and Lydda and Rokk have a long-standing romance. Besides Lydda and his family, the most important people in his life are his fellow Legion founders, Lightning Lad and Saturn Girl.

Death in the family

Cosmic Boy’s family continued to move back and forth from Braal to Earth during his Legion career, as his Legion tenure helped support them.

In recent years, just after the Great Darkness Saga, Cosmic Boy’s family was again living on Earth. They were badly injured when extortionists (“Fireballers”) set off a homemade nuke in the area where they lived. Rokk’s mother died and his father was critically injured.

Rokk went berserk, hunting down and nearly killing the fireballers. But Rokk determined that killing them would make him a murderer too, and he would not become that in his mother’s name. It was this event which caused Rokk’s little brother, Pol, to see the need for heroes. He followed in his brother’s footsteps, joining the Legion Academy as Magnetic Kid.

Concerned that the team was becoming overly conservative, Rokk recently shook things up by retiring from active duty with the Legion. This both convinced the team that it needed to aggressively recruit some new blood, and cleared the way for Rokk’s little brother to be one of those new members.

Though retired, Rokk’s life has remained pretty active. He took a job as magno-ball coach at Metropolis University, but has twice battled the Time Trapper, once alongside fellow retirees Lightning Lad and Saturn Girl, and once alongside his lady love Night Girl during a vacation in the 20th century.

Rokk also founded and led a second Legion of Substitute Heroes, a team consisting of himself and Lydda, two other retired Legionnaires, and two Legion Academy students. In that capacity Rokk fought alongside the Legion against the Archmage during the Magic Wars. During that conflict, Rokk’s brother Magnetic Kid died.

After that, temporal distortions prevent us getting a clear picture of Cosmic Boy’s career…

;He’s traded in the pale scarlet (i.e. pink) uniform of the early days for black boots and gloves with silvery metallic cuffs, and a black skintight tunic and shorts. A nearly transparent, but slightly scarlet-tinted cloth covers his arms and legs and part of his chest.

Rokk has always been a model of heroism and leadership. He suggested that the Legion model itself on Superboy and Supergirl, whose heroic ideals described his own highest aspirations, and he has almost always been the model Legionnaire. He would have been a good Boy Scout—thrifty, brave, clean, reverent, helping little old ladies cross the street, etc.

As a leader, he is serious and controlled, never panics—he’s quick to spend HPs on Mind or Spirit if he needs to, and is more likely to use HPs there than against an opponent— and is always analyzing the situation. That analytical side drives his long-time love Night Girl crazy sometimes, as he is not much of a romantic and asks probing questions in the middle of a fight.

He’s utterly dedicated to the Legion and its ideals and traditions, but he is also dedicated to seeing it grow and evolve. Thus recently, when he felt the membership was becoming too staid and conservative, he was willing to resign to shock his teammates and push them into finding new members. Earnest and hardworking, Cosmic Boy in many ways is the heart and soul of the Legion.

When not serving in a leadership role, Rokk doesn’t push himself so hard for perfection, and occasionally even comes across as a hot-head, as he allows himself the luxury of blowing off steam. This is something he’d never do when he’s in charge. Rokk’s hot-headed nature comes across, too, when Night Girl or his family are endangered.

Indeed, the death of his mother nearly pushed him into killing the men responsible, until his sense of justice reasserted itself, and he determined that he would not do evil in his mother’s name.

(During the Great Darkness) Saturn Girl : “Garth, my love—you know what we have to do. Our powers alone are not enough to make the difference.”
Cosmic Boy : “Maybe no one’s powers are enough, Saturn Girl—but we’re a team, ever since the day the three of us met.”
Lightning Lad : “You’re right, both of you. And it’s time we called the whole team in.”

“Now the Earth is doomed…and it’s our fault ! Our fault…for entrusting a spy…a traitor…with a vital post ! But we’ll avenge the honor of the Legion ! Take a count ! Is anyone missing ? We’ll get the traitor !”

“A little magnetism can pull a metal ship apart !”

“Half the battle is understanding your enemy, Lydda. Even using our powers subtly, we ought to have plenty of concentration left to keep investigating.”

(To the thugs who firebombed his family) “I’ve got you by the iron in your blood, creep, and don’t think your trial is over yet…not ’til you’ve heard my verdict. Say your prayers…if there are any gods that’ll listen to filthy murderers like you.”

(After stopping himself from killing those thugs) “What in the stars’ name was I doing ? If I kill you, I’m no better than you are… and I won’t become that in my mother’s name.”

Bonuses and Limitations:
Thief is a Powered Skill.

In the Adventure era, use the following stats:

Equipment:
Standard LSH equipment of the time was either the LSH FLIGHT BELT or the earlier version of the LSH FLIGHT RING. See Legion Equipment write-up.

See the separate write-up for Rokk Krinn/Polestar, if I ever write it.

This Power grants the Character the ability to reshape metal and form it into any shape desired. The Character could, for example, turn iron ingots into an iron cage. However, the Character must have material resources to work with and could not, for example, create an iron cage out of thin air, nor can s/he change the type of metal used. Gold ingots cannot be manipulated into a steel cage.

To use Metal Manipulation, the Character must make an Action Check with AV/EV equal to the APs of Power and OV/RV equal to the Body of the object to be manipulated. If this Action Check succeeds (on positive RAPs), the Character can create a new object made of the same metal, assigning the APs of Metal Manipulation as desired to the object’s Physical Attributes and Physical Powers.

Manipulated metal does not automatically return to its original form, instead retaining its shape for a time equal to the APs of Metal Manipulation.

Metal Manipulation may be purchased with the following factor cost bonus: Manipulated metal remains in its new form permanently (+2 FC). 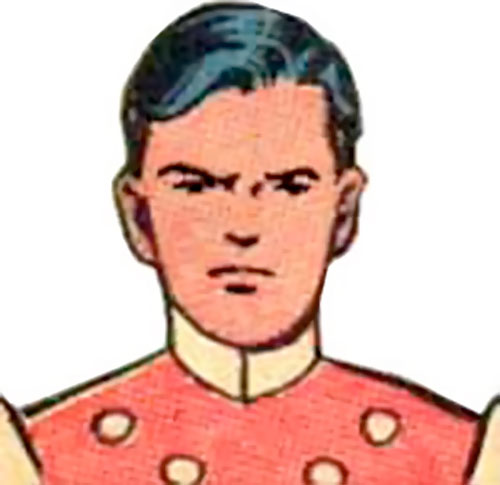 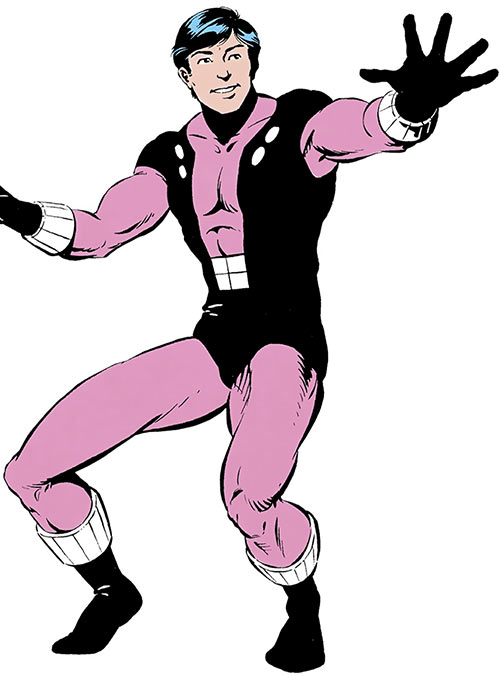 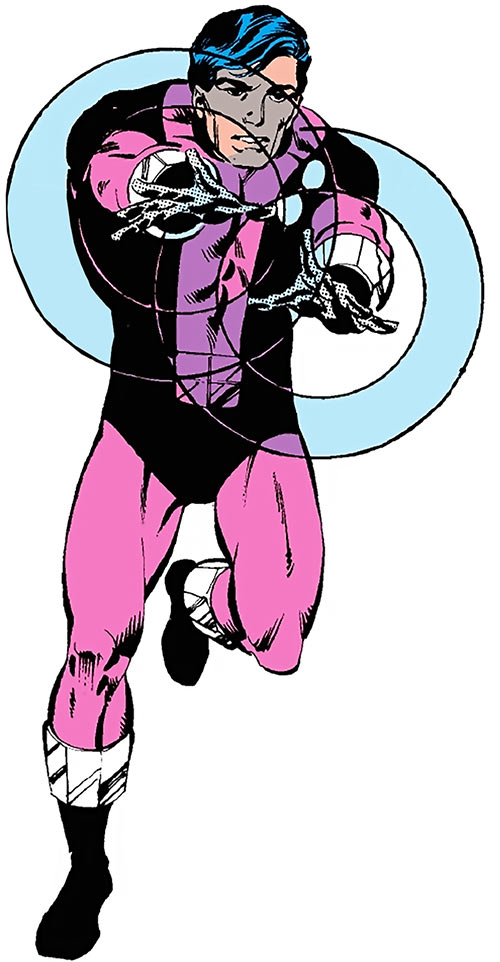 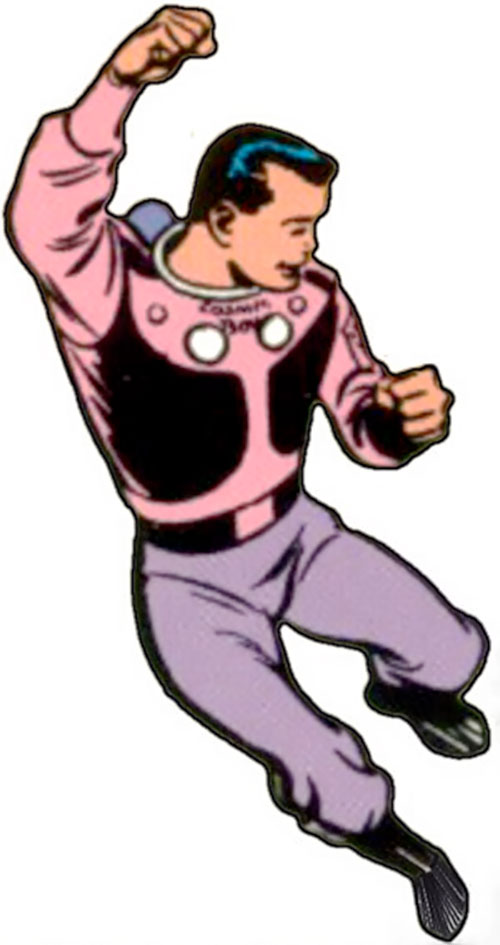 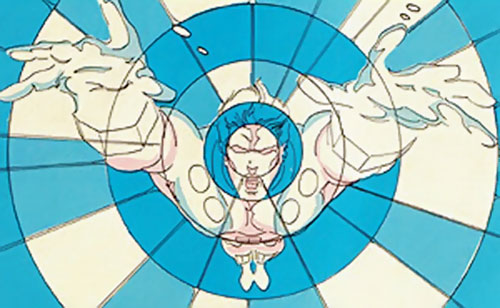