This obscure Marvel character is chiefly a Tigra (Greer Nelson) foe. He appeared in but one storyline, in 1976.

For context, we cattily suggest that you first read the Cat People species profile. It explains much of Cougar’s background.

Like most Cat Persons on Earth, Ranklin could switch from a nondescript human form to a more powerful feline form.

Like many other members of the Cat People, he was a gifted researcher. Ranklin designed and built several genius-level inventions.

Wearing the Null-Bands gave him much-enhanced powers, including :

The null-bands were originally a power source mounted deep within the Tomazooma robot. They were rebuilt and weaponised by the Cougar. 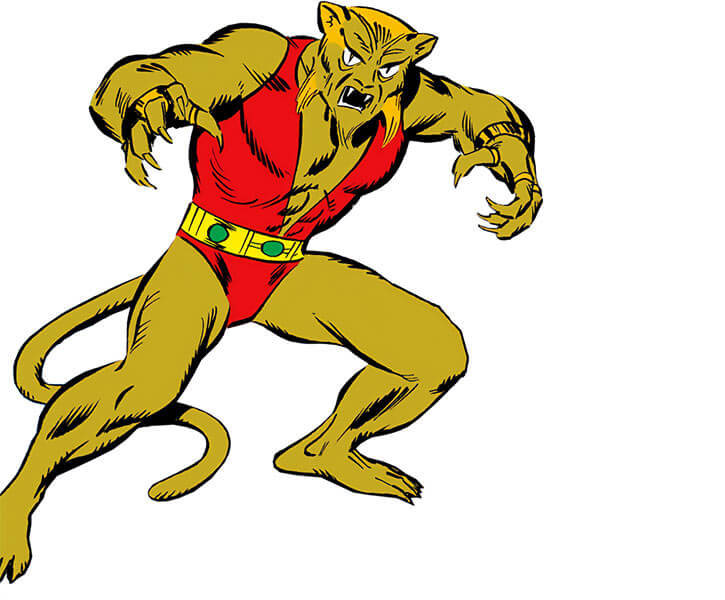 The Cougar was a renegade Cat Person, from the Earth variety. Like most of his kin he was usually disguised as a human, and had an interest in research.

However, the Cougar was also consumed with an insane lust for power. His main goal was to find means to become a first tier superhuman.

As Curt Ranklin, he dated one Sheila Conklin, the owner of high-tech company Conklin Industries.

However, the couple was chiefly united by mutual deceit.

The Cougar was using his fiancée so he could abuse the Conklin labs facilities and expense accounts. And Conklin was using him as her star researcher. His work was critical to dragging Conklin Industries out of the red. 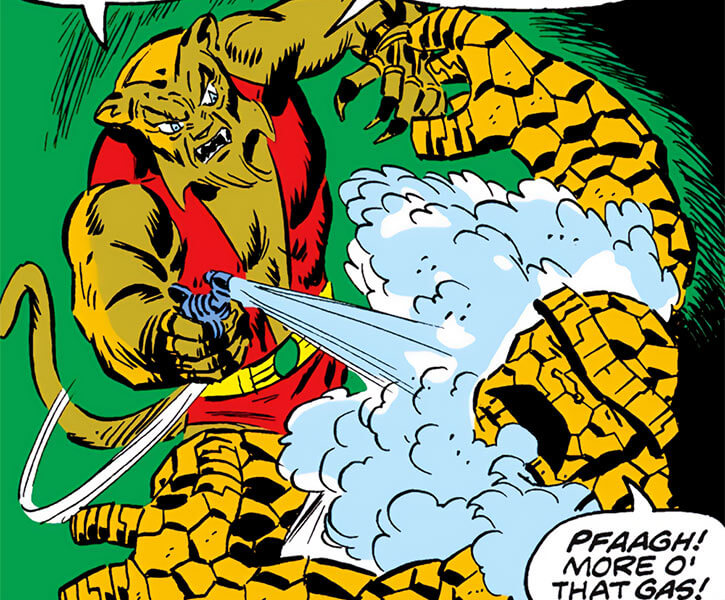 A great weapon at last

The Cougar found a promising way toward power. It was based on Tomazooma, an advanced giant robot destroyed by the Fantastic Four.

He stole the null bands that used to power the robot. Then he turned those into bracers, prolonged by metallic spars over the back of his hand. These connected to rings on his fingers.

He now wielded significant power. But the null-bands were not enough !

(The null-bands are sometimes erroneously called the “nega-bands”, due to a confusion with Captain Marvel (Mar Vell)).

The insane scientist thus built a special machine. It could be powered by the null-bands to transfer the power of the Fantastic Four to him. However, he had to hold his subjects prisoners for the transfer to take place.

Challenger of the Fantastic

Knowing that the Cougar was up to no good, the Cat People sent their champion Tigra (Greer Nelson) to stop him. Ranklin arranged for her to seek the Thing’s help.

When the two orange heroes came to his lab he captured them both. The Cougar then prepared his machine to absorb the might of the ever-lovin’, blue-eyed Thing – idol of millions.

However, Sheila Conklin no longer could live in deceit. She turned against her fiancé and discreetly cut the power as the procedure started.

Freed, the Thing and Tigra soon had the Cougar on the ropes. However, the villain grabbed a powerful explosive device.

At this point Sheila shot Curt from behind to prevent the detonation. She explained she had seen how insane his lust for power had made him – and that she refused to be like him.

The Cougar is assumed to have died from the gunshot, as he was never seen again.

Curt Rankin’s ethnicity in human form might be half Native American and half White. Though that disappeared in the digital recolouring.

Power-mad comic book scientist. He’s aware that he’s insane, but does not care. All he wants is POWER ! POWER !!

He loathes his human form, perhaps because it lacks power and forces him to scheme and manipulate. But he is quite physical in his Cat Person form, relishing in his full strength and agility. Especially after he was enhanced by the null-bands.

He sees himself as a really tough guy, not to be trifled with. With deadly claws and powerful technology. 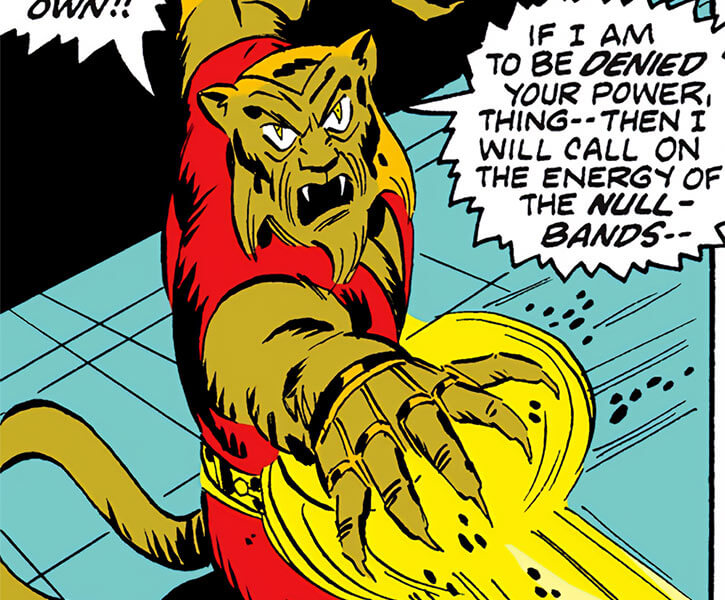 (Metamorphosing) “Farewell, my repugnant pink-skinned other self ! The time has come for the masquerade to be ended… and the Cougar to come into his own !”

“You should never have forgotten the power of the Null-Bands, Thing ! On Tomazooma they almost defeated you ! Worn by the Cougar, they will destroy you !”

Jumping has the Catfall bonus.

The stats are tentative due to the lack of material about the character and his species.

Cougar’s physical stats in particular are hypotheticals and err on the generous side for once. 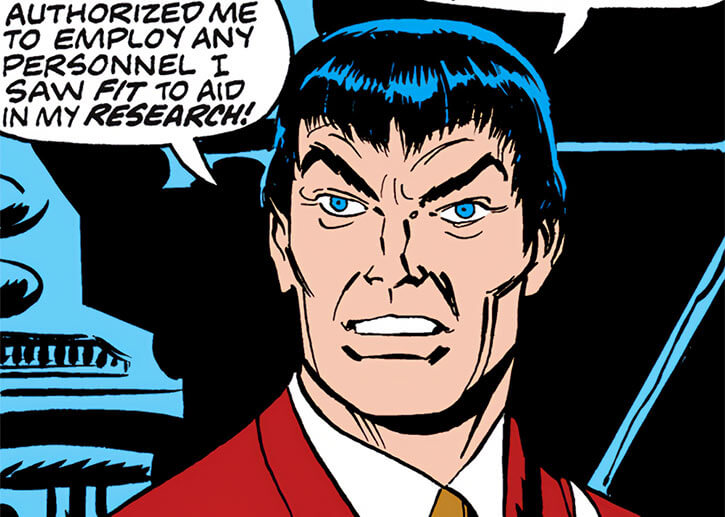 Cat Person ● 7 points ● Descriptor: Biology
– Claws — Strength-based slashing Damage 1, Improved Critical 1.
– Senses 3 (Extended, acute, tracking scent)
– Lands on his feet — Enhanced Skill (Acrobatics 12 (Limited 3 to Tumbling)).
– Feature — Can switch to a Human form. But it has no Powers save this feature, and all physical Abilities are 00.

Benefit 2 (Ranklin has access to the Conklin Industries, budgets and facilities).

I went for Limited 3 for his Acrobatics Power because of the costing for Movement (Safe Fall).

The Advantages are a bit bare since we don’t see him do that much. Adding a few, arbitrarily, wouldn’t be absurd.

His lab had bulky, static inventions :