Count Danté is a formidable martial artist. He can beat up almost anybody because he knows *real* martial arts secrets.

He can crush bricks with his secret Iron Palm secret technique. And possesses the secrets of the secret Delayed Death Touch.

During the Spanish Civil War , the noble family of Count Danté fled the country for America. There they changed their name to forget about their homeland and escape any retribution.

While he never knew Spain, the Count decided to reclaim his name and his roots when his father died and he inherited the ancestral title.

The Count was an early member of the first American karate associations in the 1950s. He was a black belt by 1960, at which point he became a sensei of his own and helped found the World Karate Federation. To maintain a stable income, he continued to work as a hairdresser.

As more karate students enlisted with his dojo, Count Danté could focus on his deadly mastery of secret fighting arts. However, he continued working for his most famous customer – Hugh Hefner . Hefner regularly hired him to do the hair of Playmates before they posed for Playboy Magazine.

The suave, manly, confident, attractive Danté would often date the girls Hefner sent him. Because that’s how the Deadliest Man Alive rolls, boys.

Some say that he was taught secrets from Sinanju, and sparred with Asano Nitobe.

In the martial arts world, Count Danté was a rebel. He accepted students of colour in his dojo and among his Black Dragon Fighting Society. The Society was created to develop and promote his own martial art, the dreaded Dance Of Death. Dan-Te, the Hand of Death !

The Count virulently denounced other sensei for watering down martial arts when teaching them to White students. He was a strong proponent of greater effectiveness in street fighting. Many said that he had a morbid fascination with the deadliest and goriest techniques.

This was several years before Bruce Lee made similar claims about the way Asian martial arts were taught in the West.

On Aug. 1, 1967, the World Federation of Fighting Arts crowned the Count “The world’s deadliest fighting arts champion and master”.

In 1970, the Count (reportedly stinking drunk) went to the house of Muhamad Ali to shout obscenities and challenges. What happened next is unknown.

In 1973, the Deadliest Man Alive passed audition to become a Hollywood action star. But his blows were so fast that the camera could not film them. He eventually gave up, though several stuntmen and martial artists ended up in the hospital because the Count refused to pull his manly blows.

The police arrested a drunk Count Danté after he detonated a dynamite charge against the Green Dragon dojo walls, and established that he had gouged the eyes of several men during previous clashes.

There is a persistent rumor that, in exchange for having his sentenced reduces, Count Danté was sent to Spain by the CIA. By that point, the Agency decided that General Franco had outlived his usefulness.

The illustration depicts “the red ad” and some vintage photos of John Keehan.

The ink of the “red ad” has long since faded to magenta, which I’ve restored to a proper red here. Though I can’t remember which shade of red it was originally.

A greater than life, violent brawler and alcoholic.

The Count has a colossal ego, but he can back it up with ten fingers of death and a formidable arsenal of brutal moves.

His life and his achievements are incredible, and he’s truly the deadliest man in the world.

“Karate is for sissies !”

Drawbacks:
SIA toward Proving the superiority of Dan-Te, MIA toward Alcohol. 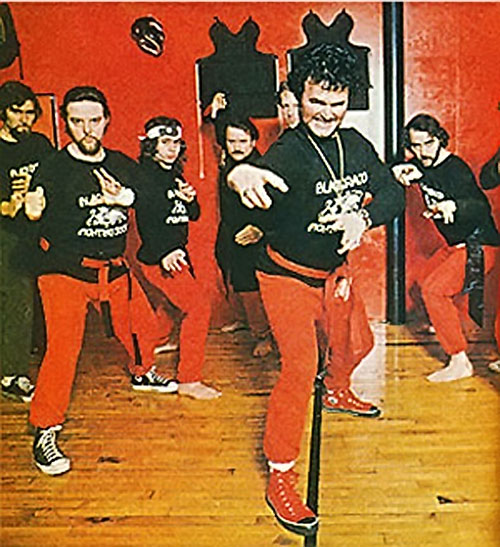 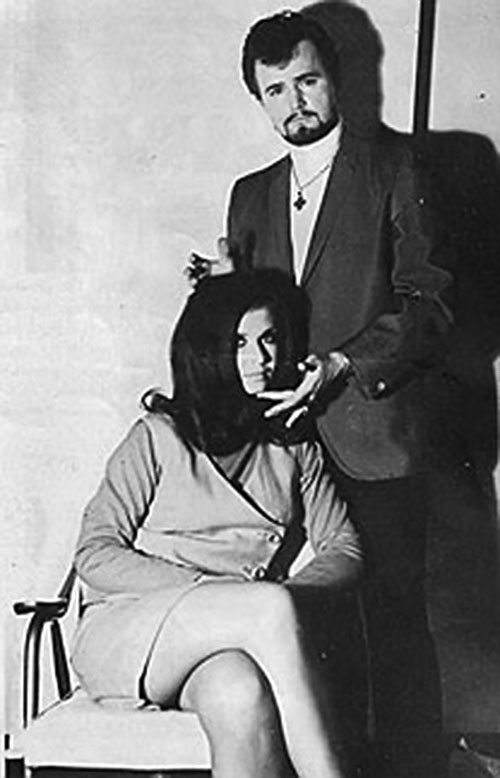