He then multiplied it a hundredfold, developing near-limitless superhuman strength, speed and invulnerability – not to mention laser vision.

Nefaria later further developed his powers, so he could defy gravity. He also seemed to possess some superhuman hearing and could tap into other ionic  beings and imposing his will upon them.

Count Nefaria first encountered the Avengers just after the group had formed, before he himself had any powers. Because the Avengers had interfered with Maggia operations Count Nefaria moved to America, bringing his family’s castle with him to be re-assembled in New Jersey.

Once completed Nefaria opened his home to the public for an admission fee to be donated to charity. Count Nefaria invited the Avengers to the opening where he trapped with time-transcender beams.

While he had the Avengers in suspended animation Nefaria created hologram images of his captives. Nefaria’s holograms announced that they intended to take over the United States, and when the Avengers escaped they found themselves at odds with the U.S. military.

Nefaria was finally defeated, and the Avengers cleared of wrong-doing, but Nefaria had lost his preeminence as a Maggia leader.

Later Nefaria plagued Iron Man with a machine that could kill the Golden Avenger in his dreams. Nefaria was defeated once again. Nefaria also attempted two different blackmail schemes, but both were foiled. The first was countered by the original X-Men and the last by the new X-Men. However, the X-Man Thunderbird lost his life trying to stop Nefaria from escaping.

Finally, Nefaria set into motion his own demise. Nefaria reformed the Lethal Legion with the super criminals Power Man, the Living Laser, and Whirlwind. Nefaria had Professor Kenneth Sturdy, a former assistant to Baron Heinrich Zemo, increase the Lethal Legion’s powers before sending into battle with the Avengers.

Nefaria’s real motives though were gain super powers for himself. Nefaria had Sturdy analyze the genetic structure of the three super criminals. Sturdy then duplicated the powers in Nefaria but increased a hundred times.

Nefaria repaid Sturdy by killing him, but before he died the professor told Nefaria that his new powers had accelerated his aging and that he would die within days. Nefaria flew into a rage and caused a great deal of damage in New York City before the Avengers stopped him.

Later Nefaria was supposedly killed when his daughter tried to force Tony Stark to reverse the Count’s aging. Madame Masque hijacked Stark’s Jupiter Landing Vehicle to use as a weapon against Iron Man. In the resulting battle Iron Man pushed the JLV into the count’s life support equipment, accidentally killing him.

Recently Nefaria reappeared, resurrected, and even more powerful than before. Taking the ionically powered Wonder Man and Goliath as his thralls, it took the combined might of the Mighty Avengers alongside the Thunderbolts to stop his mad schemes.

Early in his career, Nefaria was a suave, aristocratic villain. Just after gaining his powers he almost went mad with power, and went on a rampage. Now in fuller control of his faculties and ionic powers, Nefaria is a true master villain with delusions of godhood. His speech is quite loquacious.

“Cease this rebellious tantrum, or I shall become STERN.”

Instead of the trio of two-bit villains he received his powers from Superman of course. Nefaria had his cells modified similar to Superman’s, but processes ionic energy instead of solar.

Before Nefaria received his treatments from Professor Sturdy he possessed no Powers no Life Support Advantages and his physical attributes were
Dex: 05 Str: 03 Bod: 04
Init: 21

In Both Previous Incarnations he possessed 1 AP less Will and Mind and he doesn’t possess a Scholar in Ionic Energy. 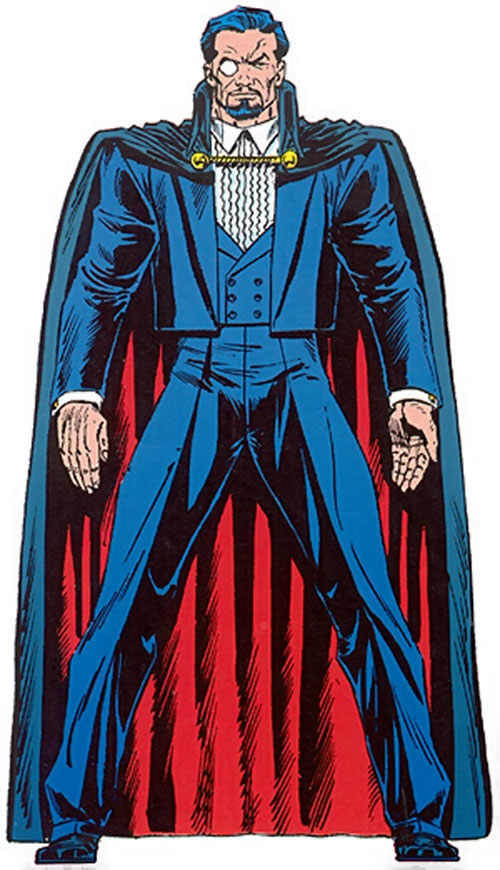 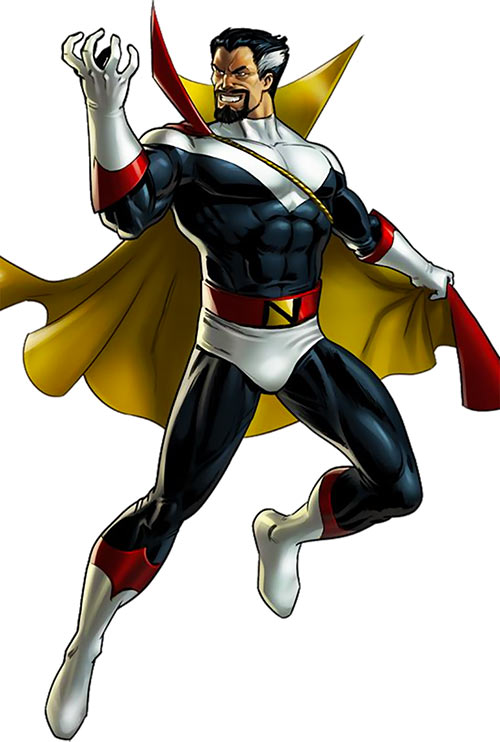