“I look at you, and I just think somewhere inside that kind of yoked, strong glistening shells, is the heart of a really good man-crab.”
– Lydia Berman

An interesting crab-man from the 2021 film Thunder Force.

If you’re not familiar with the movie, it’s best to read the Bingo character profile first.

Since his accident, his arms have become crab-like with huge powerful pincers.

He’s gathered a team of thugs who work for him. They are more professional than your average street crew.

His crew got hired by The King, a millionaire Miscreant. 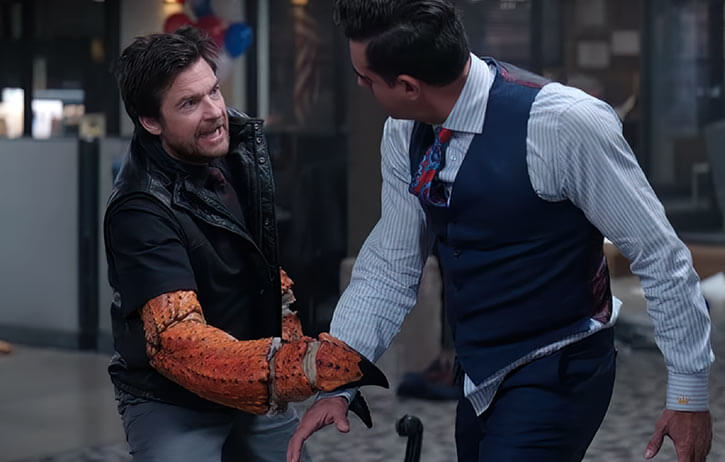 Unlike the other Miscreants in the world, The Crab wasn’t transformed by the energy wave. So, he isn’t bound by the pre-requisite that he must be a sociopath to gain his powers.

Yet Miscreants who see him assume he is one. And so, he’s been able to walk among them.

On his honeymoon in Bermuda, his wife asked him to go skinny dip snorkeling. What they didn’t know was, they were swimming over a radioactive coral reef. Up jumps a radioactive crab, bites him on the genitals.

The rest is history.

His wife immediately left him. Jerry went into a life of crime. He calls himself a “half-creant”.

Jerry begins calling himself, “The Crab” since, you know, he’s half-crab now.

He got a crew together and started making a name for himself.

The Crab became Thunder Force’s first target. His henchmen were easily defeated by the duo. Impressed and taken with The Hammer, The Crab took a moment to talk with her and they had a “moment”.

The Crab left with his crew; robbery averted. 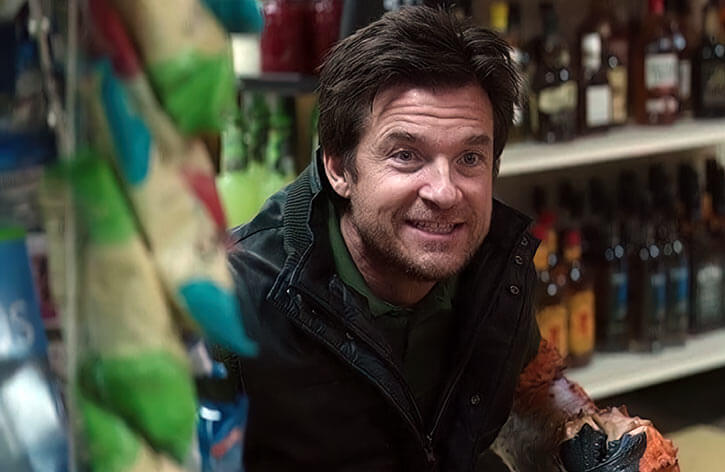 The Crab and his crew were hired by The King, a powerful Miscreant whose goal was to win the mayoral election. This was a step for more power, taking him closer to the Presidency.

Laser, another Miscreant, was also on the payroll.

The Crab realized his mistake when The King would easily lose his temper and killed those around him.

The Hammer proved there was a connection when she reached out to the Crab and asked him on a date. After some pillow-talk, The Crab told her The King’s plan.

He planned to blow up the building with his opponent’s HQ along with everyone who voted against him.

The stage was set. The showdown would happen there. The King, The Crab, his crew, and Laser vs. Thunder Force! A bomb was set to blow!

Jerry had a fairly normal life before he was transformed into a crab-man.

After the radioactive bite transformed him, people wrongly identified as a Miscreant. Miscreants were feared and respected, so, he did the best he could with it. He went into a life of crime.

Crabs walk sideways because they can move much quicker that way. The Crab does it, perhaps, due to instinct since he’s half-crab. He usually does it when in danger and looks funny doing it.

He likes to swim. It helps him focus. 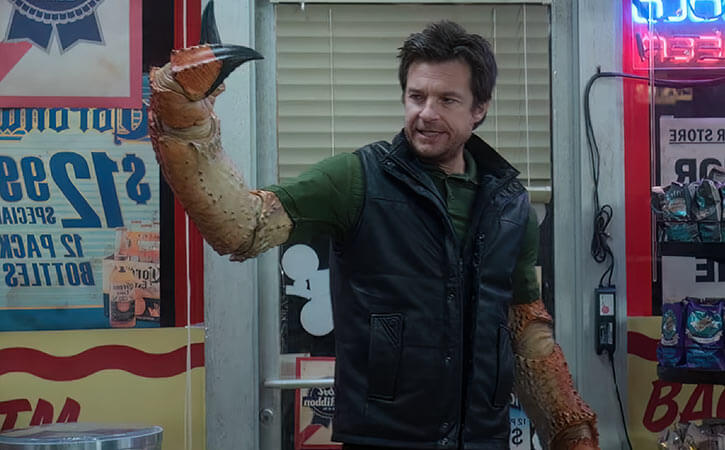 The Crab: “What, uh, are you ?”
The Hammer: “Well, I’m a Gemini. What the hell are you ?”
The Crab: “You’d think Cancer (clacks his pincers), but Capricorn actually, Sag-moon and all kinds of things rising.”

(The Crab orders his crew out).
Thunder Force: “Nobody move ! Nobody move !”
The Crab: “What’s gonna happen now ? You guys stopped the heist. You cooked the dude. You gonna kill us now ? That’d make you bad as a crab-man.” (Thunder Force pauses, no answer) “Come on, let’s go.”

(The King threw a fit when he lost the election. He kicked the head off a statue that sailed through the air and hit one of The Crab’s crew, killing him.)
“Sir ! That was Kenny, he’s a good member of the team.”
(The King still frustrated has Laser kill another member of The Crab’s crew).
“You know boss, I, uh, I validate your feelings. Your feelings are your feelings, but, uh, tactically speaking, I don’t think it’s smart to be killing off our best crew members.”

“The King’s really lost it since the election, so, I’m going to get out of the game.” 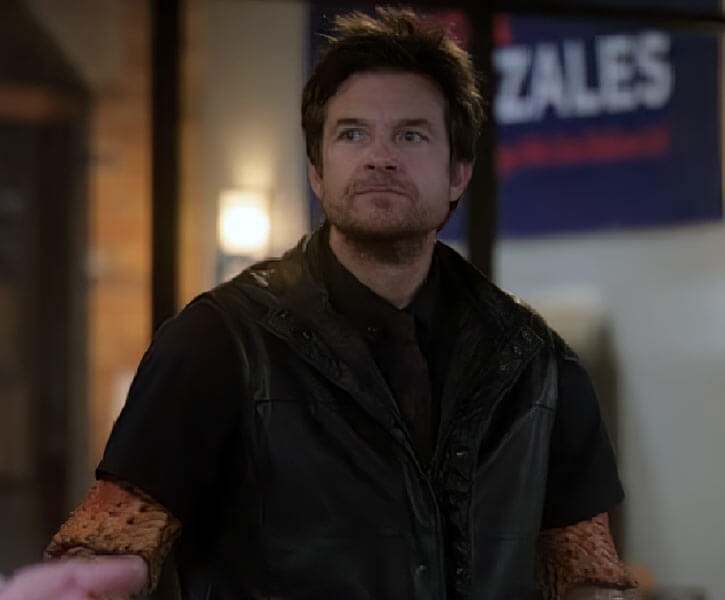 The Crab has several men, at least six, in his employ. Most of the time they’re only standing around for show. And, they must be paid well by The King, as there is a real risk of death simply for saying the wrong thing or The King becomes frustrated. The King or Laser will kill these guys out of hand.

For stats, use the “Gun-toting gangsta” stats from our Stock thugs and criminals writeup.

The Crab wants a professional crew. None of his crew are addicts.

And no one uses machine pistols. Although their handguns are of higher quality than normal [BODY 03, Projectile weapons: 04, Ammo: 15, R#03].

The Crab might have increased swimming ability or even the ability to breathe underwater.

He may have the Leadership advantage with his crew. He does seem to care about them, at least in a tactical sense. However, he hoards his Hero Points so it’s kind of a moot point.