Crazy Eight was superhumanly strong, fast and resilient. She was tough and skilled enough to give even Wonder Man a good fight. The source of her strength remained unknown to the authorities.

She killed using a Japanese-style sword that could withstand her strength. Flashbacks depict her with a single sword though the cover of the issue features her wielding a pair.

Leslie Shappe apparently grew up in the L.A. area. Three facts are known about her past :

In circumstances she wouldn’t discuss, Leslie Shappe came to believe that the world was a horrible and unjust place. She decided to become a vigilante, and to die as such.

One assumes that after she made that decision she somehow acquired superhuman strength. This may have been the product unusually successful Power Broker treatment. Since these carry a 50% risk of failure that she would have considered a plus in her suicidal mindset.

Arming herself with a sword, Shappe killed a number of criminals who had escaped justice. She chose “Infinity” as her nom de guerre, since she saw her efforts as futile agaianst the world’s unending horrors. 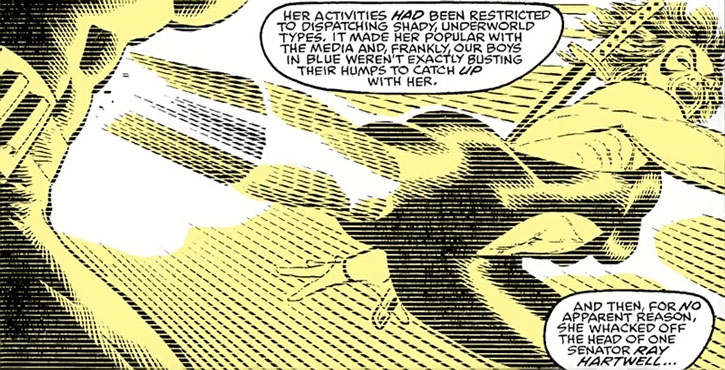 As her calling card she carved a ∞ on the chest of the first man she executed. However, an uneducated cop reported to the press that “some sort of crazy eight” was on the corpse. That is the name that stuck.

Since “Crazy Eight” only killed suspected criminals, the LAPD and the local super-heroes never seriously attempted to stop her. She was also well-regarded by the media and Angelenos in general.

What must be done

During the 1980s, Beth contacted Leslie. She had apparently realised that her childhood friend had become “Crazy Eight”.

Beth had married Senator Ray Hartwell, a wealthy and influential man who was beating her. Though Beth Hartwell feared for her life, she knew her husband had too much reach. Leslie agreed to take care of the problem.

Executing a well-regarded Senator suddenly made Shappe a target. The LAPD tried to get her and kept her busy long enough for Wonder Man (Simon Williams) to arrest her. Once in prison Shappe refused to explain anything, as she had wanted to die all along. More importantly to her, she did not want to expose the shame of her childhood friend Beth.

Based on her flippant behaviour her lawyer considered an insanity plea. But expert Dr. Leonard Samson confirmed that Ms. Shappe was fully cognisant of her actions.

Leslie Anne Shappe was executed in 1991.

Spotting a very emotional Beth Hartwell at the execution, Dr. Samson picked up a photograph she had let fall on the floor, depicting her and Leslie. From there Samson deduced the truth, which the shaken Hartwell widow confirmed.

Leslie was unusually fit and muscular.

Correctional authorities had her head shaved before her execution.

Leslie was desperate and hated the world. Yet, she was still determined to do the right thing against all odds. 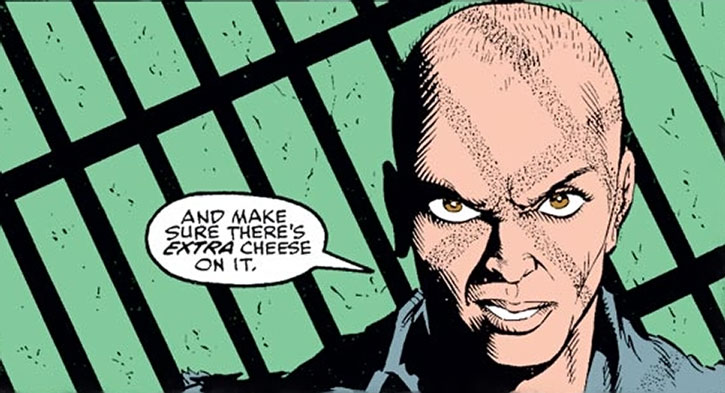 What happened to her will likely be never known. But she threw herself into projecting the attitude of a tough, brave, flippant, crazy woman of action who regretted nothing and was too much to handle.

This protective shell was successful in making most people assume she was just a nutbar killer vigilante and loose cannon. Not being exposed, analysed and rationalised was critical to her. And just like she refused to say anything about her past, she died so what had happened to her childhood bestie would never be known to others.

Secrecy and remaining an unknown rather than having her actions second-guessed by people who weren’t there was apparently her last hold on dignity before she would die.

“Nobody goes around to garbage men and asks them what drew them to hauling trash. So… I’m a trash collector, okay ? I see the trash. I collect it. I dispose of it. I LIKE to do it. I like to see the heads fly, and I know this guy won’t be around to make MORE misery for MORE people. I get OFF on it, okay ?”

(Stroking Samson’s face) “You still want some neat, packaged explanation. Some incident or trauma that made me what I am. Maybe THIS then ; maybe I decided this world is some place I don’t wanna be, but I was too gutless to leave it myself.”

Leslie is never really seen in action. The stats are thus speculative.

Source of Character: The Incredible Hulk #380. 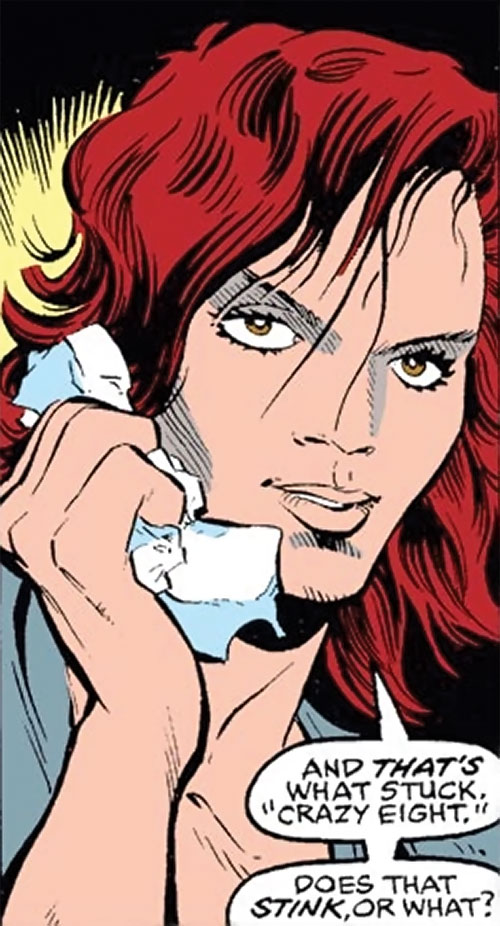 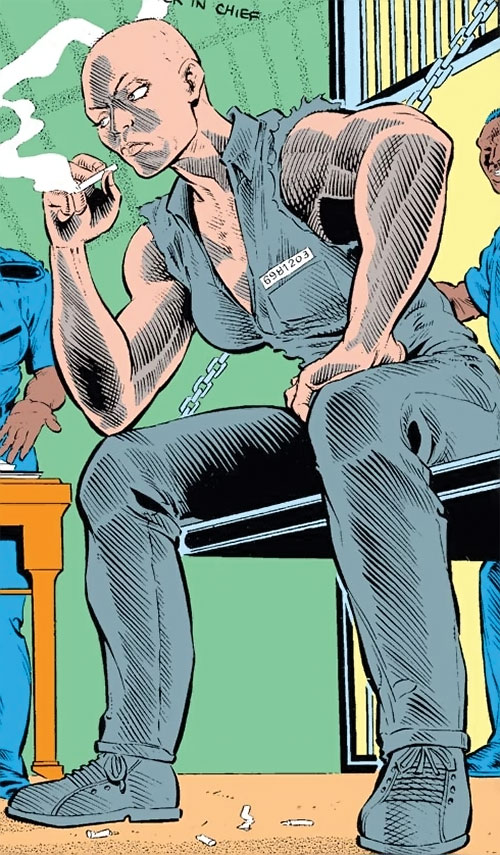 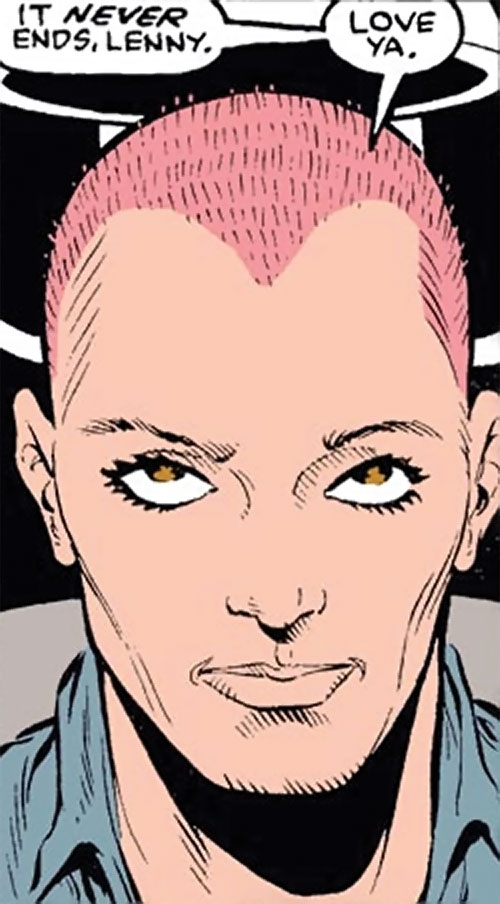